Walter Flex and a map with bullet hole

The death of an extraordinary man

Today the Berlin State Library shares the story of a map containing a bullet hole and the death of an extraordinary man.

The corners of this handcrafted map are covered with mud. And it has a hole – apparently a bullet hole. This bullet probably brought an end to the life of one of the most outstanding German writers during the First World War, Walter Flex. Flex was a war volunteer and author of the widely-read war novel Wanderer zwischen beiden Welten (The Wanderer between Two Worlds), written after his best friend had been killed in the field. 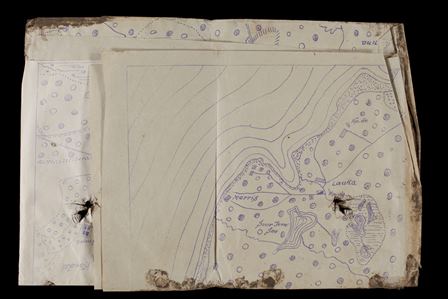 The place and field names on the map reveal the location: it shows trees, swampland, lakes, villages and cottages on the Baltic island Saaremaa just off the shore of Estonia, which at that time belonged to Russia. Walter Flex and his division had landed on this island in October 1917 to attack the Russians. After three days of struggling, the Russians capitulated and delivered their weapons, but one of the soldiers refused to yield and shot Walter Flex.

The bullet tore his right forefinger off, entered his body and got stuck near the stomach. He left a last line: ’Dear parents! I dictate this postcard as I’m slightly wounded at the forefinger of my right hand. Besides this, I am well off. There’s no room for worry whatsoever. Love, Walter.’ The next day he died, at the age of just 30, from his internal injuries. 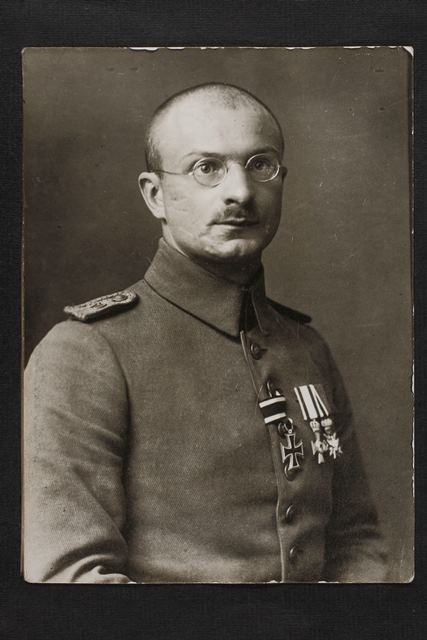 In his bag there was this map of the island Saaremaa. Today this map is part of the literary remains of Walter Flex kept in the manuscript department of the Staatsbibliothek zu Berlin. 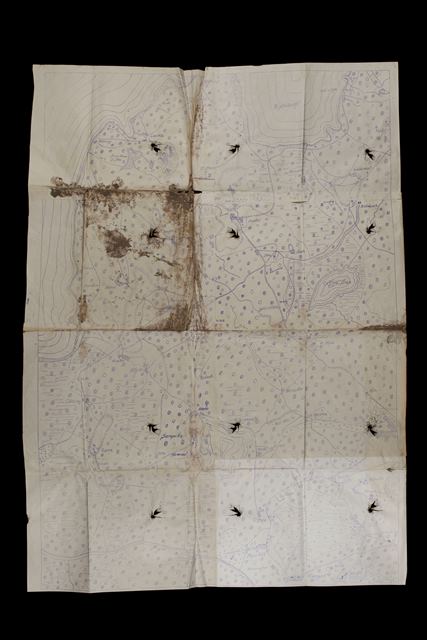