A Spanish patriot and neoclassical poet

Manuel José Quintana was a Spanish patriot and neoclassical poet born on April 11th 1772 in Madrid. He is one of the most important names in Spanish Literature during the transition from Enlightenment to Romanticism. 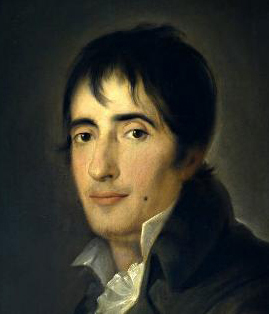 Quitana was at the forefront of liberal ideas in politics and advocated his ideologies through his work until his death in 1857. He studied law at the University of Salamanca and served in the Napoleonic Wars, holding various political positions in the ‘Antibonapartista’ resistance, earning a reputation as an extreme patriot. Quitana's most famous work is the first volume of his Vidas de Españoles célebres, containing lives of Spanish patriots, which stirred public imagination and secured Quintana the post of secretary to the Cortes during the French invasion. Upon his return from the Napoleonic Wars, Quitana was imprisoned from 1814 to 1820. 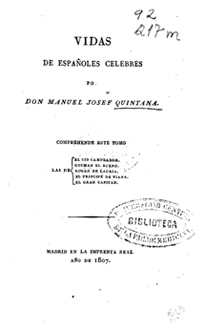 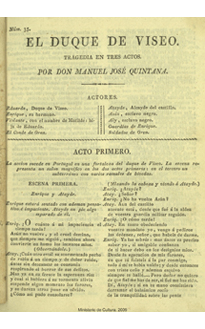 Prior to the wars, in 1801 he wrote a tragedy, El Duque de Viseo, written with a patriotic theme. His works during the Napoleonic Wars are highly regarded, consisting of many poems, pamphlets, and proclamations. His poems, thirty-four in number, are inspired by philanthropy and patriotism; the style is extremely rhetorical and is marked by political and liberal issues that have inspired many generations of Spaniards.