Judith is the embodiment of courage, self-sacrifice, and patriotism linked to female beauty

A whole book is devoted to Judith as she is the embodiment of courage, self-sacrifice, and patriotism linked to female beauty. She has always captured the imagination of artists and her story has been presented in countless variations in many works of art, music and literature. Above all, the bloody spectacle of the beheading of Holofernes became a frequently used picture theme.

Judith is a rich Jewish widow with a beautiful figure and a thriving appearance from the Biblical town Bethulia. The city is under siege by the Assyrian army with Holofernes being the general of that army. The Jewish town is about to give up and Judith has a plan to save Bethulia.

She dresses herself up so as to catch the eye of any man who might see her and set off with her maid into the Assyrian lines. Judith is able to cross the enemy's lines, as she is seen as betraying her own town.

She uses her charms to enter the tent of Holofernes. Once in his tent Judith seduced the general and gave him a lot of wine to drink. By now we are in the situation depicted in the paintings below. As Holofernes fell asleep drunk, Judith beheaded him with his own sword. 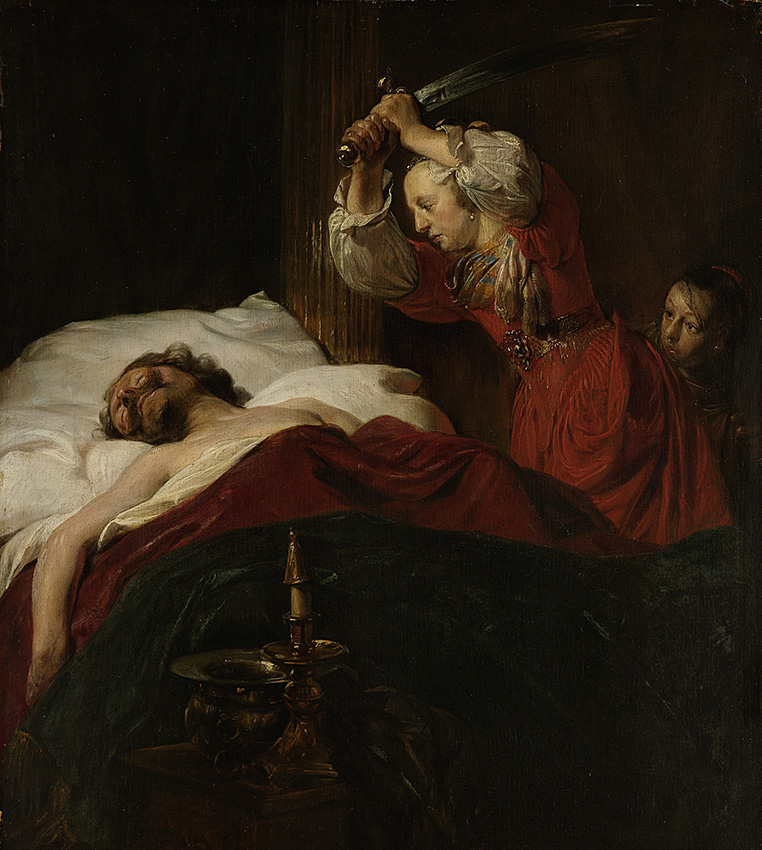 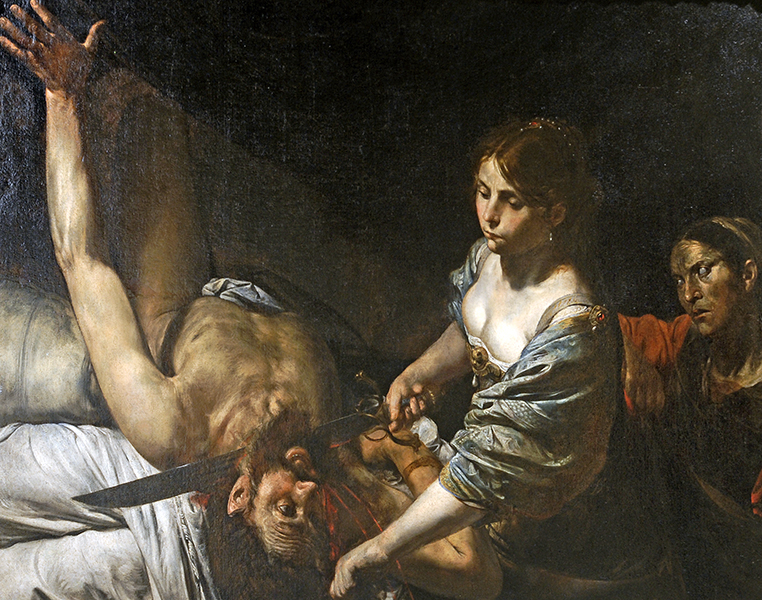 In the next moment, after the beheading her maid was ready with a sack into which they put the head to bring it back to Bethulia. 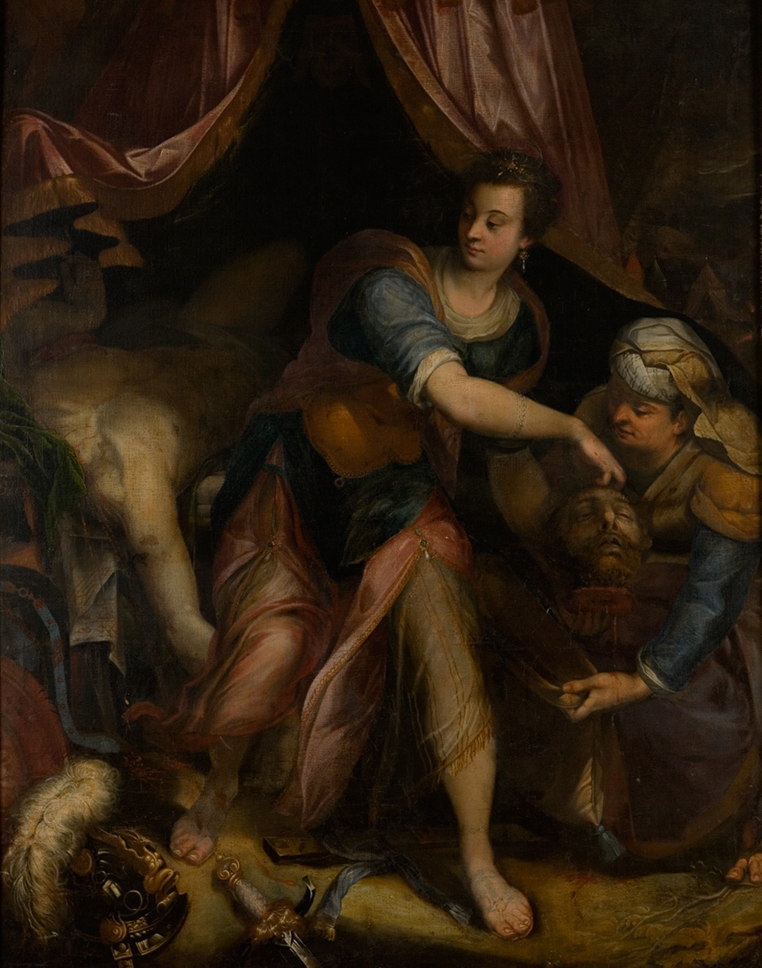 Judith with the Head of Holofernes by Denis Calvaert, before 1824. Statens Museum for Kunst, CC0 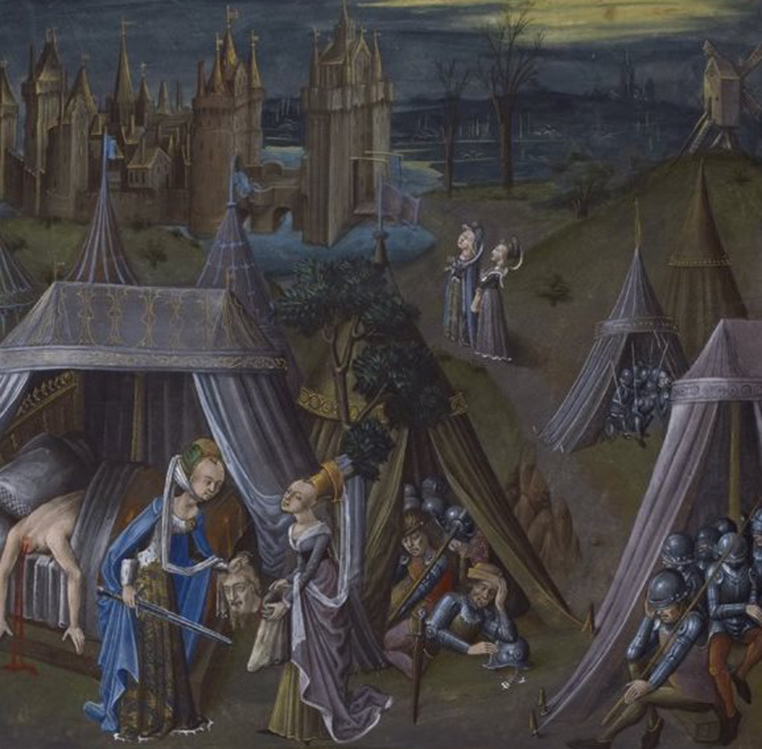 Judith returns to her people victorious, holding up the head as a trophy to show everyone in the town that they are now safe. The news threw the Assyrians into disarray, the Bethulians regain their courage, raid the Assyrian camp and drive the enemy away. 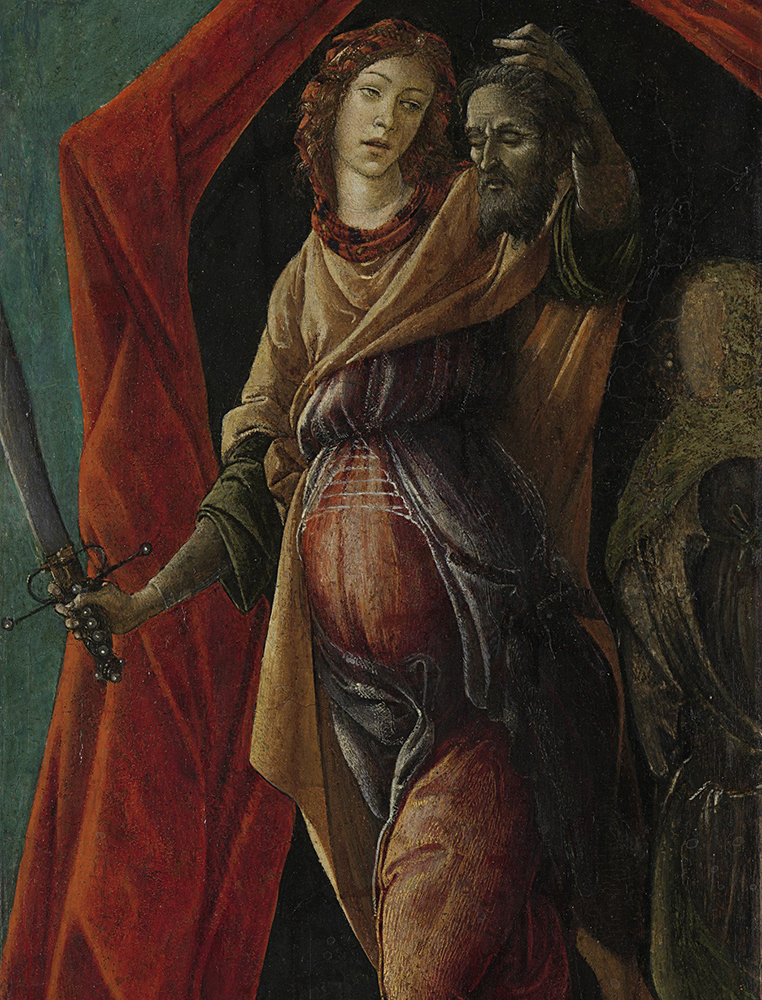 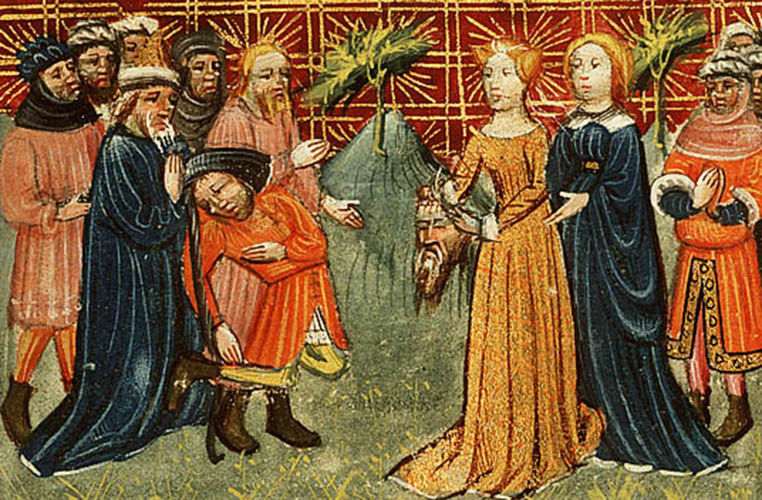 Judith shows the head of Holofernes to the people of Bethuliah by Azor Masters, 1430. National Library Of The Netherlands, Public Domain