Lift off: how humans have viewed space through the ages

4-10 October is  World Space Week. In this blog, we explore how the human race has viewed space through the ages - from medieval astronomical diagrams to modern cartoons. You can also watch the 1978 launch of space shuttle ‘Enterprise’ at Cape Canaveral and listen to Holst’s ‘Planets’ orchestral suite.

If there's one thing we can be pretty sure of never fully understanding, it's space. Ever expanding, defying our notions of how things like time and motion work, fascinating us with its potential and shaping our everyday lives. We measure time by the movement of planets and stars, our daily activities are shaped by the presence or absence of light from our nearest star separating night from day, our holidays are linked to the seasons that result from the amount of warmth and light we receive from the sun. We might think that it's us human beings who organise the world around us, but is it really? Aren't we really at the mercy of the heavens?

It's certain we know a lot more now than we knew a century or two ago, but we've still got a long way to go. Remember, it is only 2,600 years since Pythagorus gave us the theory that the earth was spherical and not flat. That's not a long time ago in the great scheme of things. And whilst the observation of the heavens is presumably as ancient as the human race, exploration of space only really began in 1957 with the first man-made object to orbit the earth - Sputnik 1. The first person went into space just 52 years ago. But now, Virgin Galactic is taking bookings for pleasure trips into space at a cost of 250,000 US dollars (approximately 188,000 euros), and scientists, engineers and astronauts are working on a manned mission to Mars in the next few years.

If you fancy journeying into space, or if you'd rather just observe from the safety of your armchair, check out this video from Europeana of the preparations for the launch of space shuttle Enterprise in 1978.

Preparations for the maiden voyage of the space shuttle 'Enterprise', by Polygoon-Profilti (producer) / Netherlands Institute for Sound and Vision (curator), is licensed under Creative Commons – Attribution-Share Alike.

But how did people map space and the stars before the advent of the technology we use now? This gallery of images from Europeana looks at depictions of the heavens through the ages, from the 1400s to the 1970s. Browse the pictures whilst listening to a selection from Holst's Planets suite - there's a SoundCloud player below the gallery... 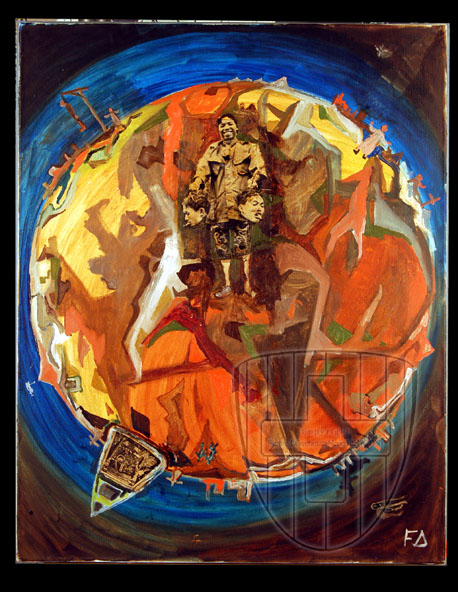