Risen from the ashes

For Libraries Week,  we are putting the spotlight on the history of a remarkable university library. Leuven University's library has had a past as rich as it has been turbulent, peppered with religious conflicts, political discord, and wartime catastrophe. 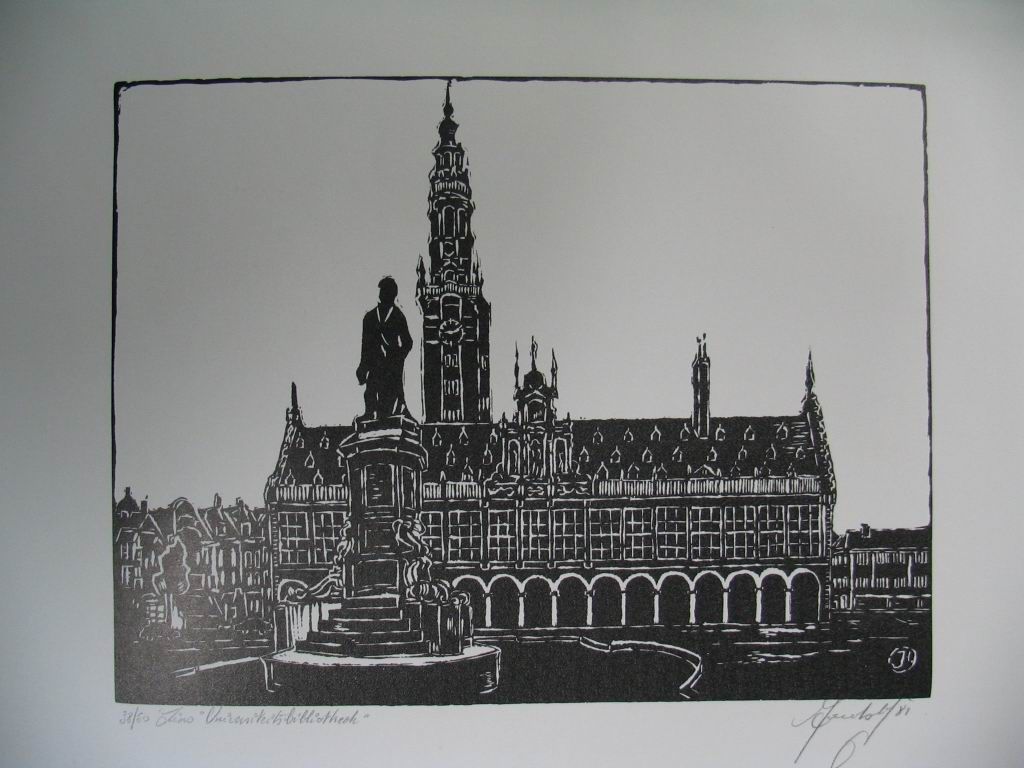 Leuven's university had to wait until the 17th century for a university library to be founded. Before that, students and professors had to rely on private collections to research and discuss.

In 1636, the Cloth Hall - the building which had been home to the cloth weavers' guild - was given to the university to be used as a university library.

Leuven's university was founded as a deeply Catholic university and mainly stayed that way throughout the next centuries.

During the 16th century, Protestant books were burned and an index was created at the library that listed forbidden books of Lutheran writings. The Louvain Index was the inspiration for the famous Index Librorum Prohibitorum later created by the Pope which contained a long list of forbidden books.

During the French Revolution, all universities were abolished so new Écoles Centrales could be founded.

The Leuven university disbanded in 1797. The rich collection of its library was partly transported to Brussels' École Centrale and to the Bibliothèque Nationale de France in Paris. Ironically, the abolishment of the Old University of Louvain meant that most of its precious historical library was saved from future devastation.

The first half of the 19th century was a turbulent one for Leuven's University.  In 1817 the Rijksuniversiteit Leuven was founded, a non-denominational state-driven university. Belgium gained its independence from the Netherlands in 1830 and founded a new Catholic University in Mechelen in 1834.

A year later it moved back to where the original Catholic University had resided for centuries, Leuven. Its library in the Cloth Hall was reinstated.

Catastrophe struck again in the 20th century. In 1914, at the start of World War I, the university library in the Cloth Hall was burned to the ground by German forces.

About 300 thousand invaluable books were lost in the fire. Luckily the most valuable had been transported to Brussels and Paris more than a century earlier, saving a wealth of heritage and information from the flames.

The burning of the library was widely used in anti-German propaganda to show the barbary and ruthlessness of the German soldiers.

This outrage sparked a movement that helped reinstate the library in a new building after the war, aided largely by the 'Belgian Relief Fund' founded by Herbert Hoover. With this money, a new monumental library was built and finished in 1928.

Discover more amazing images of the University Library here. The library still exists in all its splendour, and you can visit an exhibition on its history inside. Find opening hours and visitor information here.