It’s unlucky Friday the 13th - everybody, stay at home!

Friday 13th superstition is a relatively recent thing – it didn’t exist until the early 20th century.

It happens about twice a year, and when it does, you’d better lock yourself in the house and wait until dawn. Or anything could happen to you. Better safe than sorry. 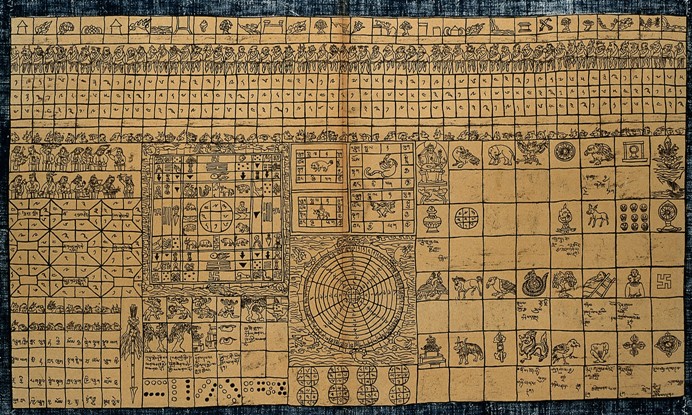 Astrology chart: table to indicate lucky and unlucky periods, Wellcome Library, London CC BY To help, you could consult this 19th century astrology chart designed to help you work out lucky and unlucky periods. It looks pretty complicated so it’ll probably take you all day to work out whether it’s safe to leave the house. By which point it won’t be Friday 13th any more. Result! Whether you’re scared of it or not, it is true that there are more car accidents on Friday 13ths than other days. A study from 2002 in the UK showed the risk of transport accidents was increased by as much as 52%. While a 2001 study from Finland discovered a 63% increased risk of death in traffic accidents for women on Friday 13ths. So, don’t get in the car today. Other things you probably shouldn’t do today, according to legend, include cut your hair, wear black, get married, be born, and go out at night, and if you do (because after all, it’s still Friday), for goodness sake, don’t sit 13 people at your table. According to Nathaniel Lachenmeyer, in his book 13: The World’s Most Popular Superstition, the Friday 13th superstition is a relatively recent thing - it didn’t exist until the early 20th century. Yet now it is the most popular superstition in the world, replacing another 13-related superstition that if 13 people sat a table together, one would die within the year. Unlucky Friday 13th combines a fear of the number 13 with a fear of Fridays. Both elements of this superstition were inspired by the New Testament. There were 13 at the table at the Last Supper (see picture below), and Jesus is thought to have been crucified on a Friday. So what’s even unluckier than a regular Friday 13th? A Good Friday 13th. Fortunately, this doesn’t happen much (next one is in 2063). The addition of the innkeeper in the foreground of this depiction of the Last Supper takes the total number in the picture to 14, but only 13 are seated at the table.

Some people think a black cat crossing your path is lucky. Some say it’s unlucky. But what about a black cat crossing your path on a Friday 13th? That could prove fatal. Well, go to French Lick, Indiana, in the years 1939 and 1942 and you’d be safe - the town board decreed that all black cats must wear bells on Friday 13ths so that residents could avoid them. I’d certainly want to avoid the black cats pictured here howling at naked witches. 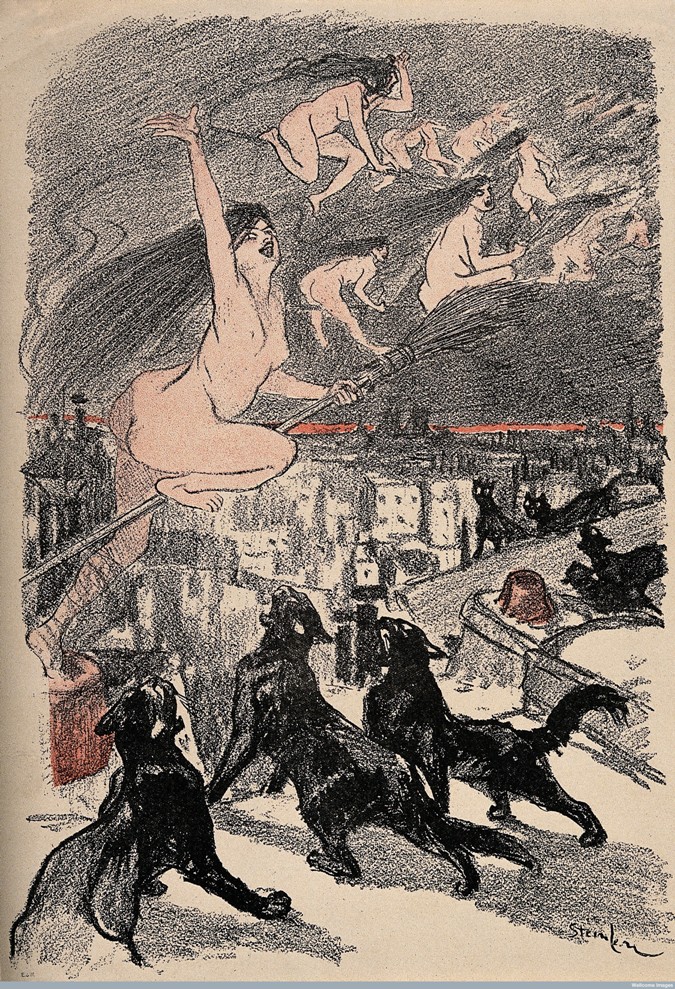 Big black cats howl as naked witches ascend into the night over the city. Colour photomechanical reproduction of a lithograph by T.A. Steinlen, Wellcome Library, London. Wellcome Images CC BY   In the late 19th century, an elite American group known as ‘The Thirteen Club’, who met routinely on the 13th of the month, sitting 13 at a table, eating 13 courses (see menu below), in order to face down the spectre of 13, tried to counter the fear of Fridays. At the time, Fridays were routinely used as the day of the week that executions took place in the US. The Thirteen Club asked judges to execute criminals on other days of the week, and those who did so became honoured guests at their dinners. In 1892, the New York Times reported that ‘Owing principally to the efforts of the Thirteen Club the execution day has been changed or varied in all States of the Union and thus has, to a great extent, brightened the day.’ So, whilst the Thirteen Club had some success in changing the perception of Fridays being unlucky - now probably one of our favourite days of the week - Friday 13th remains a spine-tingling superstition.

Source of information in this post: Nathaniel Lachenmeyer, 13: The World’s Most Popular Superstition, Profile Books, London, 2004.