Bolckow Vaughan and the growth of Middlesbrough

Industrial heritage can be ephemeral - the buildings where we work can disappear and are not always seen as important reminders of the past. This is certainly the case with the ironworks and steelworks of Bolckow & Vaughan, which drove the growth of Middlesbrough. 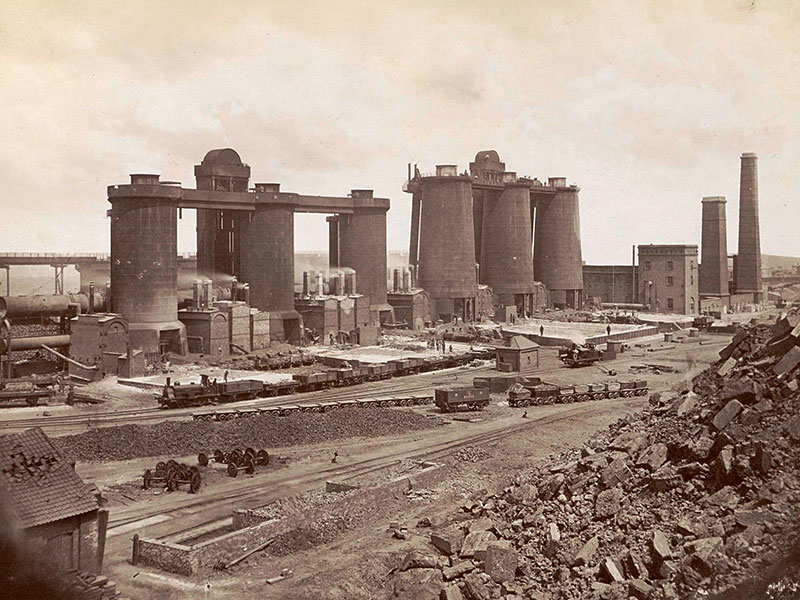 The iron and steel industry dominated the area since iron production started there during the 1840s. One of the instigators of this growth was the industrial partnership of Henry Bolckow and John Vaughan.

RELATED: Explore this gallery of industrial architecture across Europe

Henry Bolckow - who was born in Germany, and moved to Newcastle upon Tyne in 1827 - provided business expertise and investment, while John Vaughan contributed technical knowledge. Their partnership expanded from their early operations into coal mines, limestone quarries, brickworks, gasworks and a machine works. In 1864, a company, Bolckow, Vaughan & Co., was formed.

Their long-lasting and successful partnership transformed Middlesbrough to 'Ironopolis', the centre of ironmaking in Britain. By 1868, four million tons of iron per year were produced there, with Bolckow Vaughan considered to be the world's largest pig-iron producers.

Such was the importance of the ironworks that Henry Bolckow became Middlesbrough's first mayor in 1853 and, later, its first Member of Parliament in 1867. John Vaughan became the town's second mayor in 1855.

Bolckow, who was born in Germany, was featured in this report in the Berliner Börsenzeitung newspaper in 1879.

Bolckow paid for a landscaped free public park for Middelsbourgh, with Albert Park opening in 1868. He also built Marton Hall in Stewart Park which later too became a public park.

Sadly, Marton Hall burned down in the 1960s and, with Bolckow Vaughan in decline since the late 1800s and having been taken over by another company in 1929, now not much remains of the ironworks. But their legacy lives on in Albert Park, the 'People's Park' of Middlesbrough.

RELATED: Listen to oral histories of the UK steel industry from the British Library

Did you or your family work in the iron and steel industry in Middlesbrough or elsewhere? Share your story and help us tell the story of Europe through our working lives in the past and the present.