Learn about the Iberians

In last week's blog The history of the Iberians, we gave a high-level overview of the Iberian peoples. Today, we focus on the iconography shown in Iberian art and objects from archaeological research, and what it says about the social structures, beliefs, and myths of the Iberians. 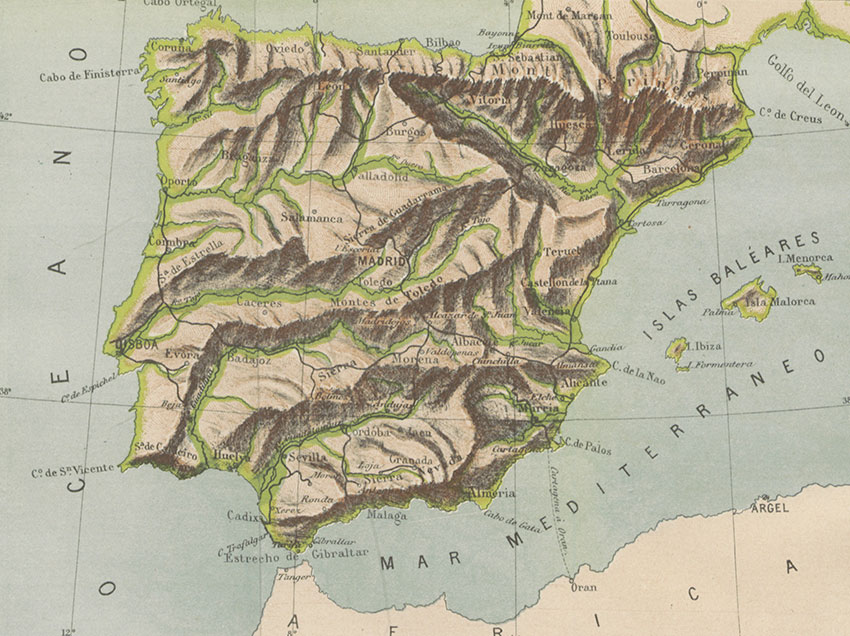 Certain cultural features define the Iberian societies, perhaps the most noteworthy being Iberian pottery. This was decorated in red with mainly geometric forms, although in some areas (from Murcia to the south of Catalonia) figurative images were added. The art of these societies was characterised by powerful iconography: images were one of their best and most effective methods of dissemination and propaganda. Studying this iconography offers us an insight into the ideologically complex beliefs, narratives, and myths of the Iberians. Expounded in the towns, shrines and cemeteries, as well as into their myths, both heroic and divine. All this gives us an idea of the ideological complexity of those cultures.

Supernatural and mythical beings. Left: Wolf. Sanctuary of El Pajarillo (Huelma, Spain); centre: Griffin. Sculptural group of Cerrillo Blanco (Porcuna, Spain); right: Patera of the Treasure of Perotito (Santiesteban del Puerto, Spain). A great example of this is Iberian eschatology (i.e. the Iberian theological beliefs about the end of the world). For Iberian societies, the hereafter was a continuity of life; death was seen as the starting point for a journey symbolised by a crossing of the sea, the land or even the sky. Supernatural and mythical beings, such as the Sphinx, the Griffin or the wolf, and sometimes the divinity, accompanied and guided the deceased on this journey. The crossing of this threshold of death culminated in a celebration, a place of reunion symbolised by abundance. All this was channelled through a funerary ritual characterised by the funerary banquet, the libations, the cremation and the definition of the spaces in the necropolis that linked the hereafter to the territory. The configuration and meaning of those spaces varied according to the historical period of the Iberian societies. It is noteworthy that, at a certain time in the late 5th century BC and, above all, in the mid-4th century BC, perfectly hierarchised funerary landscapes were laid out. In these landscapes, not only can we identify social groups differentiated on the basis of grave goods, tomb types and spatial distribution, we can also clearly see the relations with the ancestors and the divinity. The necropolises of Baza and Tútugi (both in Granada province, Spain) are clear examples. 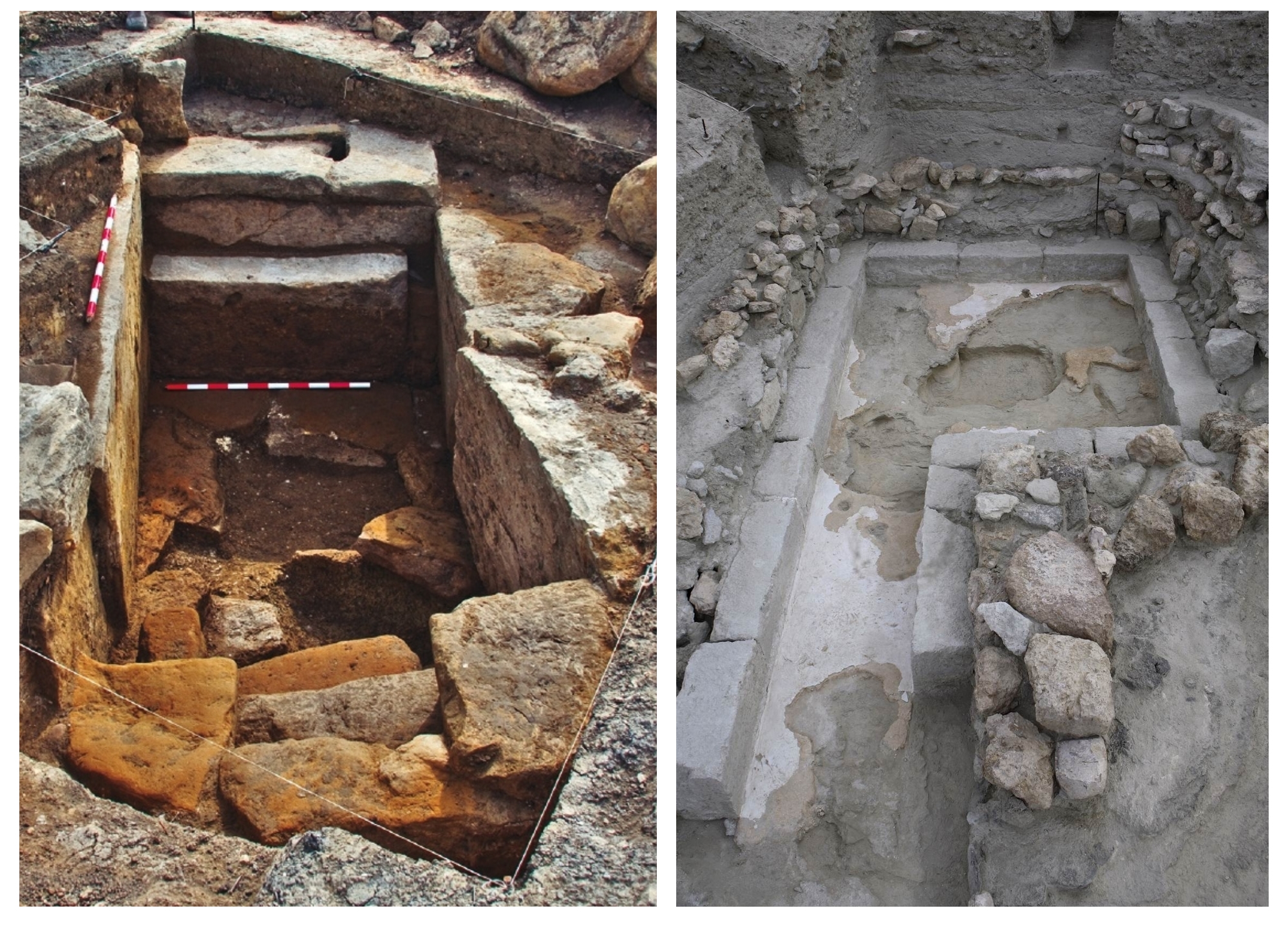 The cultural and social diversity of the Iberian societies is reflected in their wide variety of urban and rural sanctuaries. In general, archaeological research has focused on the analysis of sanctuaries or urban sacred sites that served to emphasise the ideological representational role of certain communities and their dominant lineages in the bosom of the power centres. These urban sanctuaries could be collective or family worship sites. Collective sanctuaries reflected the power of a town and its community in the structuring of the political landscape. Places of worship associated with the more restricted scope of the family or lineage were linked to the cults and rituals of ancestor veneration. 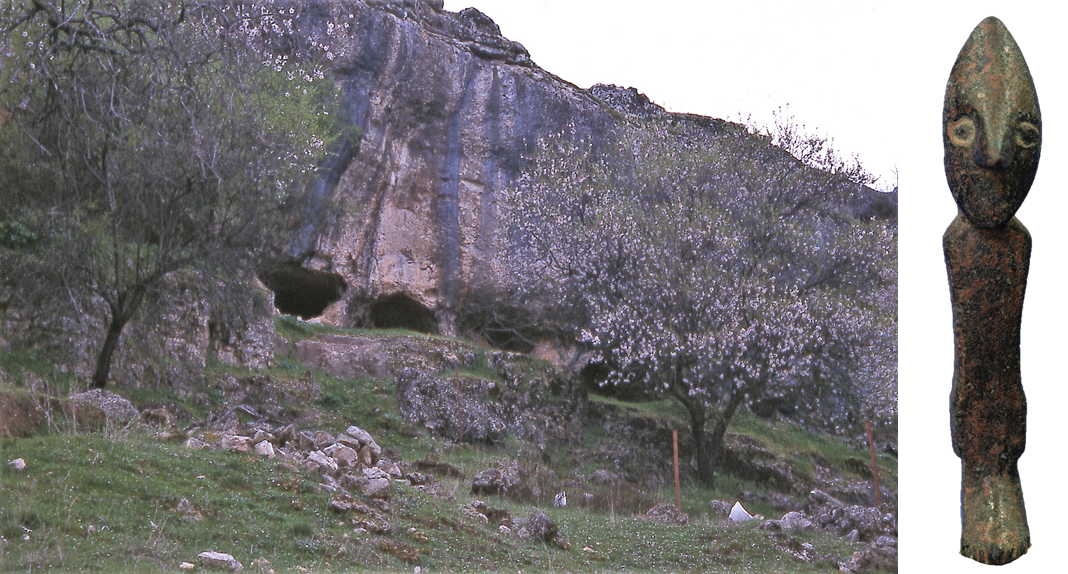 Iberian Sanctuary of Cueva de la Lobera and bronce exvote (Castellar, Spain) Rural worship sites demonstrate the function of religiosity in the processes of territorial cohesion and control. They often defined the enshrinement of the territorial boundaries by placing worship sites on the frontiers. Those sanctuaries strengthened the relationship between the town and its political spaces and concretised the relations of the community with their neighbours. They were true centres of representation to which pilgrimages were organised to hold the most important community rituals (initiation, nuptial, aggregation, etc.). Of particular note, due to their size, are the sanctuaries of Collado de los Jardines (Santa Elena, Jaén) and Cueva de la Lobera (Castellar, Jaén). These worship sites were in the territory of the oppidum of Cástulo (Linares) and became true symbolic and territorial centres of reference, above all during the 3rd century BC.

This is the second of two guest posts on the Iberians - read part one here and explore archaeology in Europeana Collections.