'I am the change': refugees, art and activism

Stories from museums, galleries, libraries and archives across Europe of refugees supported through art and activism

Throughout history, people have been forced to flee their homeland - from war, from persecution, from discrimination. Departure is the one common experience among the diverse and varied experiences of refugees.

Collections in European museums, galleries, libraries and archives represent the experiences of refugees through history - from as far back as the fall of Troy to more recent conflicts such as the Boer War, the Armenian Genocide, the aftermath of World War II or the war in Syria.

However, histories can be forgotten, and traces of refugee experiences can be hard to find.

Since 2010, Europeana has invited people to share their stories and memories from World War I and, since 2018, their stories of migration.

This blog looks at some of these stories from or about refugees as well as collections from museums, galleries, libraries and archives across Europe, looking at how refugees were and continue to be supported through art and activism, through their own activities and through those of others.

Many examples exist where artists - either individually or collectively - have advocated on behalf of refugees, raising awareness of their issues or fundraising for their assistance. Indeed, many artists, musicians, writers and more than we know today have experiences of being a refugee in their lives.

This document outlines a sale of Landscapes, Portraits and Genre Paintings in New York in 1940 which raised funds for United Jewish Appeal for Refugees. 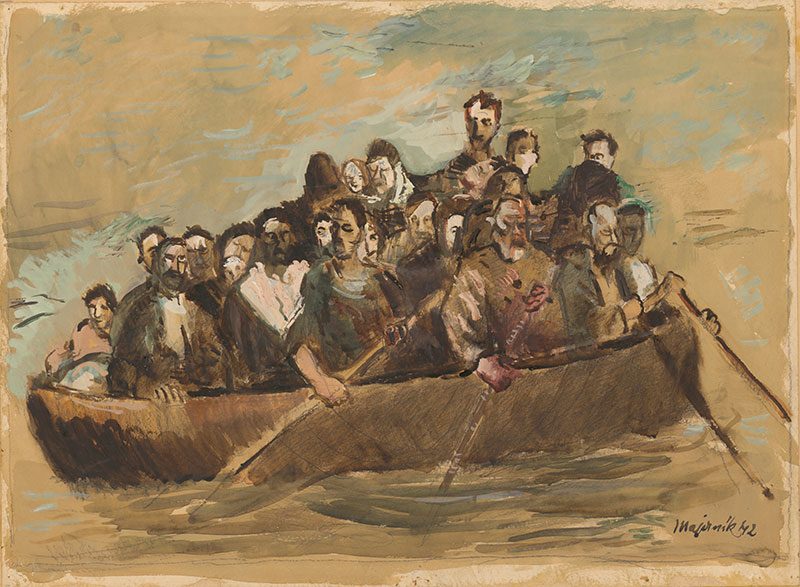 During World War II, Slovakian artist Cyprián Majerník dedicated his work to depicting the horrors that people were enduring at that time. His paintings document the history of Europe and protest against Jewish and prison transports, against death marches of the time.

The 1969 World Star Festival record brought together popular recording artists of the time. The proceeds from the sales of this record fundraised for the United Nations High Commission for Refugees.

In Ireland, since 1999, all asylum seekers and refugees live under a system called direct provision. The state directly provides housing, food and a small allowance.

Serbian photographer Vukašin Nedeljković, who has lived in Ireland since 2008, lived under direct provision when he first arrived in the country.

He began photographing and collecting memories and objects of direct provision centres across Ireland, publishing them on a website called The Archive Asylum. In October 2018, he published a book about the project. 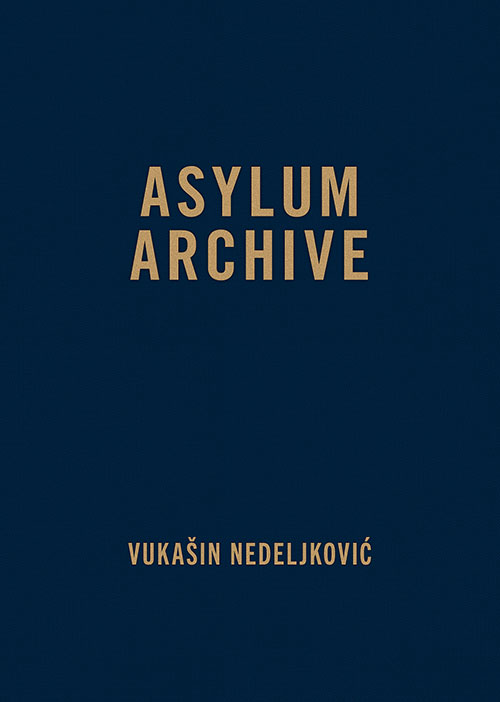 'It is terrible - people living under it are institutionalised', says Vukasin, 'I don't think this is an OK way to treat … people who come here seeking international protection'.

Adel shared his story at a collection day event in Ireland, also speaking about living in a direct provision centre:

[It] is miserable. It's very cold, there's no feeling to it, people just feed you and give you a bed, but they don't care. The food is terrible, the conditions are terrible, the area is very isolated. There are no facilities, no sporting facilities, no internet access.

A number of stories touch on how creating and making artworks act as a form of therapy, of confronting and sensitively dealing with unhappy memories.

Marieke and Sarah told us about their experiences co-creating poetry and music with refugees.

The refugees tell their stories and together, we translate and interpret them. We want them to feel encouraged because many feel insecure about their creativity at first. Hence, we have to give people a safe space to tell their stories. We work on songs and translate the stories into music. We also blend languages as in the songs we brought today, which is in English and Arabic.

Sharing and expressing their feelings is a part of the healing process. We see poems and songs as a medium; music and art bring people together.

SB OverSeas is a non-profit organisation based in Belgium. During their programs at asylum centres in Brussels, refugee and asylum-seeker children created drawings, with one example above. These drawings reveal the traumatic experiences faced by the children and also their hopes for the future.

In addition to the Europeana Migration stories from and about refugees, other cultural heritage organisations have been gathering and sharing stories.

The examples in this blog post are just a few of the many ways in which art, activism and advocacy have come together. Do you know more examples?Have you a story to tell about being a refugee or migration activism?

We'd love to hear it and record it for the future, and invited you to share your story with Europeana Migration online here.