How previously unseen footage was discovered

A Phd candidate from the University of Illinois in Chicago has uncovered previously unseen footage of the Eastland Disaster in Chicago on Europeana. The disaster, which killed 844 people, occurred when the Eastland capsized in the Chicago river in July 1915. 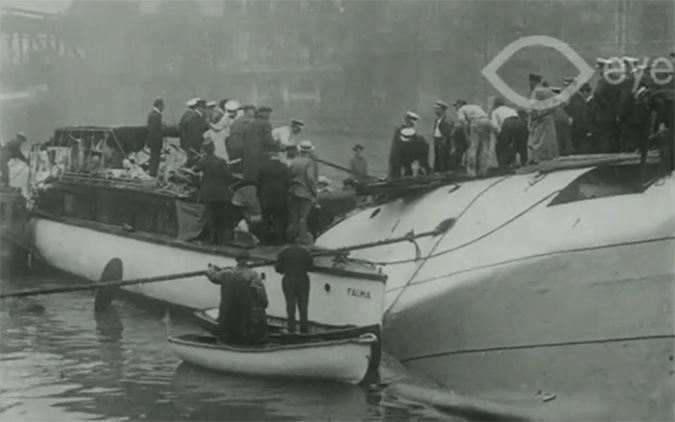 Jeff Nichols was actually gathering material for his doctoral dissertation on the First World War when he made the historic discovery. While watching Dutch news reels from 1915, he chanced across the coverage of the disaster and realised at once what an exciting find he had made. “I consider myself a Chicago historian, but I am not an historian of the Eastland Disaster. There are many people who have worked very hard studying the tragedy. But I knew instantly what I had.” The footage came to Europeana from the EYE Film Institute via the European Film Gateway, which has provided over 600 hours of archive footage to Europeana, and shows the immediate aftermath of the disaster.

The first clip, which is just under a minute, shows the first responders walking on the ship’s hull, while the second clip shows the ship as it is righted. You can watch the clips on our website here and here. 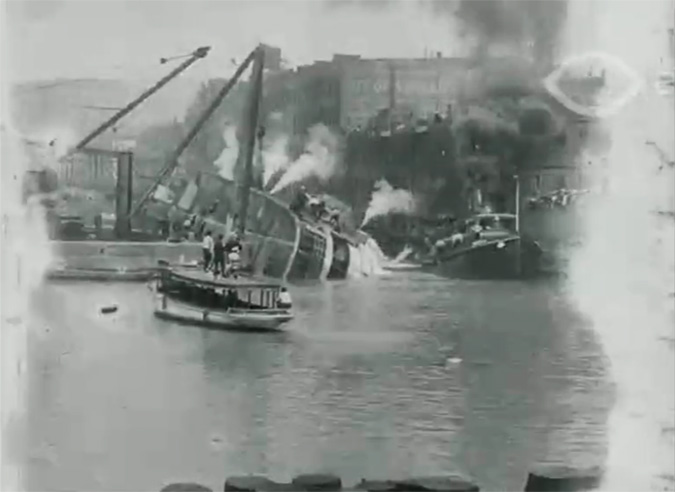 It is an important discovery for American history, and the story has captured the attention of the world’s media, picked up by news outlets like The Washington Post and the Daily Mail in the United Kingdom. In the video below, Jeff talks to CBS about the "Holy Cow" moment when he discovered the footage on the Europeana 1914-1918 website. For Jeff, an important part of the story of the discovery is that “it would have been impossible… just a few years ago.”

Though historians suspected some surviving footage might exist, knowing where to hunt for it had been a difficult task. The material Europeana provides access to has helped to enrich his research on the First World War in other ways, too. Jeff also unearthed a number of important handwritten letters that he could never have otherwise found.

“I could not possibly expect to ask multiple European archives to see if they had any letters from Chicago or if they had any letters that mentioned a handful of American journalists. I would never have asked them to send me copies of the letters for free. That is what your website does. As fantastic a tool as Google is for my research, I wouldn’t have been able to find the items there.” Europeana allows people to explore untold stories from the First World War, and brings together material from archives and libraries all over the world with the memories and memorabilia of families throughout Europe. There are plenty of exciting discoveries like Jeff’s to be made on Europeana. Let his story of the Eastland Disaster inspire you as you make your own.