Birth of an industrial icon

On May 28 1937, the German Labour Front founded Volkswagen, which is now the biggest German automaker and the second largest automaker in the world.

Volkswagen is probably best known for its iconic Beetle, officially called the Volkswagen Type 1. The car is certainly part of Europe’s design and engineering heritage, therefore you’ll find many pictures of this quirky car in Europeana.

Although designed in the 1930s, the Beetle was only produced in significant numbers from 1945 onwards (mass production had been put on hold during the Second World War) when the model was internally designated the Volkswagen Type 1, and marketed simply as the "Volkswagen".

Through time the Beetle has proved to be very popular by millions of people across Europe and beyond, and today early versions of the car can still be seen on roads all over the world, as well as many instances of its 1998 successor, the New Beetle. 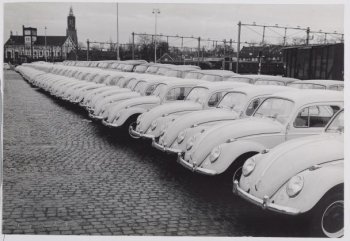 A batch of Beetles waiting to be shipped, CC-BY-SA Archief Eemland 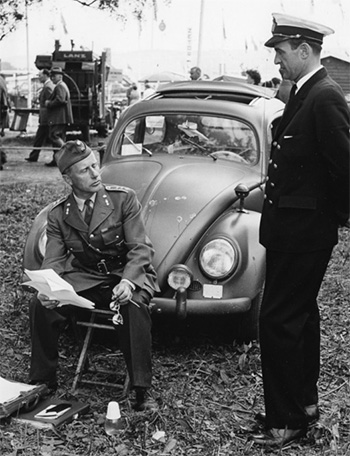 Military usage of the Beetle in Sweden, public domain Miliseum