Happy Birthday to the Louvre

Musée du Louvre first opened its doors to the public on this day in 1793, hosting an exhibition of 537 paintings, the majority of the works being royal and confiscated church property. Before its birth as a museum, the Louvre was a royal palace for more than two centuries. Today the historic landmark in central Paris is one of the most visited museums with one of the richest collections in the world, representing artwork and artefacts from 11,000 years of human civilisation and culture. Over 23,000 items from the Louvre collection are available through Europeana and can be accessed via the the portal. 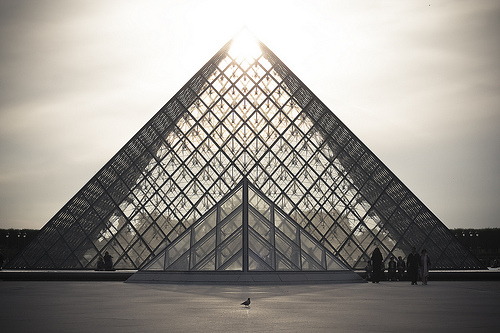 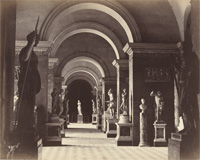 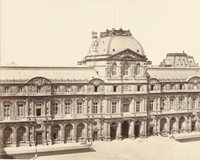 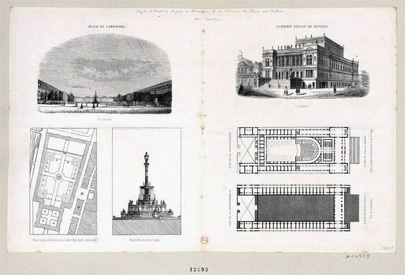 To accommodate a rapidly growing collection, the museum was extended on a number of occasions throughout history; many of the extensions are documented in Europeana through etchings, plans and photographs. The collection increased significantly under Napoleon and the museum was renamed the Musée Napoléon. After the defeat of Napoleon at Waterloo, many works seized by his armies were returned to their original owners.

The collection was further increased during the reigns of Louis XVIII and Charles X, and during the Second French Empire the museum gained 20,000 pieces. Holdings have grown steadily through donations and gifts since the Third Republic.

Looking forward into the 21st century, the museum plans to open satellite museums in the city of Lens in northern France and Abu Dhabi in the United Arab Emirates. The art will come from multiple museums, including the Louvre, the Georges Pompidou Centre, the Musée d'Orsay, Versailles, the Musée Guimet, the Musée Rodin, and the Musée du quai Branly. Both Museums are expected to be completed this year.