The majority of the Lithuanian diaspora live in the United States

Lithuania has long been a nation of immigrants, with the majority of the Lithuanian diaspora living in the United States. In this blog, Giedrė Milerytė-Japertienė of the Martynas Mažvydas National Library of Lithuania describes Lithuanian-American life through digitised photographs and ephemera from the library's collections. 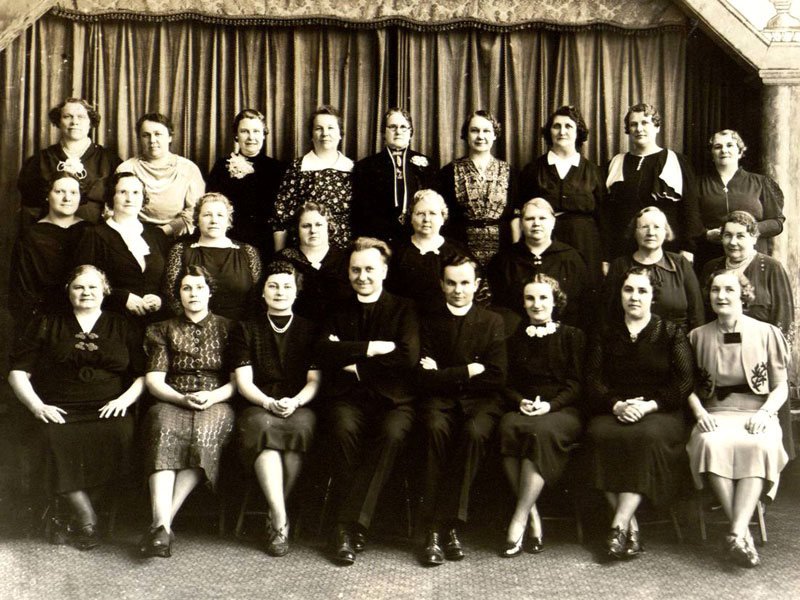 At the end of the 19th century, Lithuanian immigrants constituted the biggest group among the Eastern European nations living abroad. Although the geopolitical situation prevented Lithuania from establishing its own state until 1918, Lithuanians maintained their cultural and linguistic identity both in and outside Lithuania.

One of the first known Lithuanians to migrate to America was Karolis Aleksandras Kuršius (Alexander Carolus Curtius) in 1659, a headmaster of the first Latin school in New Amsterdam (today New York).

Those who emigrated in the 19th century were mostly driven to leave for economic reasons. But there were also other reasons, such as political persecution, Russification, and long military service in the Tsarist army.

Lithuanians migrated far and wide - many moved to the United States, about 4,000 Lithuanians emigrated to England and Canada, and 8,000 to Scotland as well as people moving to South Africa and Brazil.

In the 19th century, the generation of grynoriai established themselves in the US. The name grynoriai originated from the English term “greenhorn,” defining a person who is new to or inexperienced in unfamiliar situations, in this case, a foreign country.

Lithuanian diaspora researchers claim that the number of Lithuanians who arrived in the US from 1880 to 1914 could have been from 300,000 to 600,000. Since Lithuania as a country did not exist at the time, those arriving were recorded as either Polish or Russian.

They were mostly penniless, poorly-educated rural people who had very low cultural needs and expectations. In the United States, they first settled near the coal mines in the state of Pennsylvania and worked in sewing factories in New England (Baltimore and Boston) or Chicago stockyards.

In the long run, Lithuanian emigrants established themselves abroad, gained great cultural and economic power and had a significant cultural, moral and economic influence on the life of Lithuania. This influence was expressed not only through personal contacts but also economic and cultural relations with the homeland.

After Lithuania regained its independence, Lithuanian-Americans supported Lithuania politically, diplomatically and economically. They invested a lot of their capital in Lithuania, maintained close relations with the country, and continued to foster Lithuanian culture in their new countries by organizing public lectures, discussions, political and entertainment events.