From the New World

Published May 1, 2019 by
Europeana Foundation (opens in new window)

Czech composer Antonín Dvořák brought his sensibility and musical genius from his homeland to the United States. 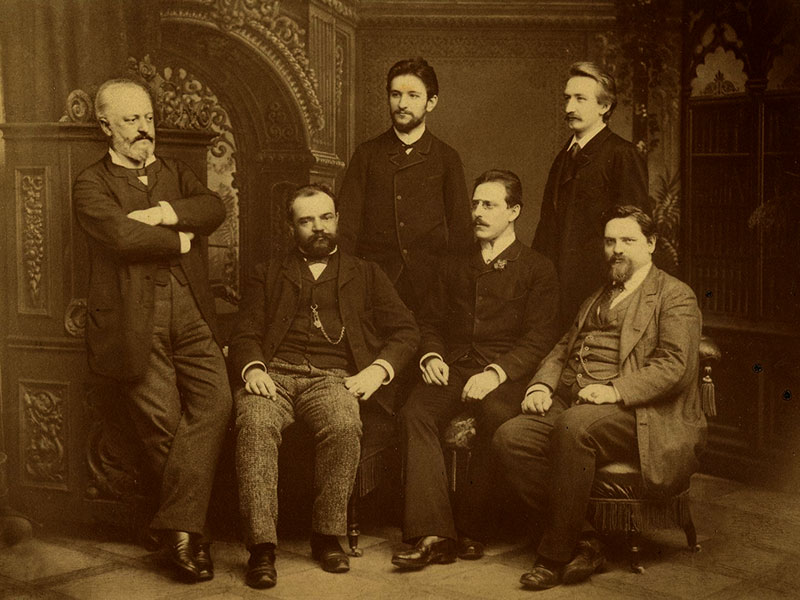 In his career, 19th century Czech composer Bedrich Smetana, the founding father of the great Czech symphonic tradition, wanted to establish a strong, ambitious and idiosyncratic national repertoire. Instead of an international career, he dedicated his life to the recognition and development of the Czech arts.

Antonín Dvořák appeared on the scene, almost 20 years after Smetana, when this effort had largely been achieved. While Dvořák was a patriot - highly valuing the Czech identity of his art - at the same time, he was eager to share his creations with the whole world.

So it was no coincidence that the aptly named Slavonic dances earned Dvořák international fame.

Contrary to what the title might suggest, the dances are not so much inspired by Slavic folk music generally, but specifically by styles and forms from Bohemia.

In these pieces, Dvořák never actually quotes folk melodies, but evokes their style and spirit by using traditional rhythmic patterns and structures in keeping with traditional folk dances. The result is music that breathes the atmosphere of his native country. In 1886, Dvořák published a second set of Slavonic dances, which again were a roaring success.

In 1891, Jeannette Thurber, Director of the National Conservatory of Music in America (the forerunner of the Juilliard School) asked him to become the artistic director and professor of composition.

Dvořák was chosen because he had contributed to the crystallization of Czech identity through his music. Thurber dreamed of an American classical music repertoire that would have a similarly strong identity.

Dvořák accepted the assignment and left for New York with his wife and children in September 1892.

In the next period, Dvořák devoted himself to his task: he collected and studied a wide range of American musical traditions and idiosyncrasies. He asked an Afro-American student to come and sing spirituals, and enrolled a critic who provided transcriptions of Indian-American melodies, all contributing to the codification of the DNA of American music.

What Dvořák ended up with was, in fact, an alphabet reflecting the essential elements of a much broader repertoire of folk music, spanning multiple cultures and continents. The composer would go on to draw from this alphabet to create new music that was unconventional and consciously different. 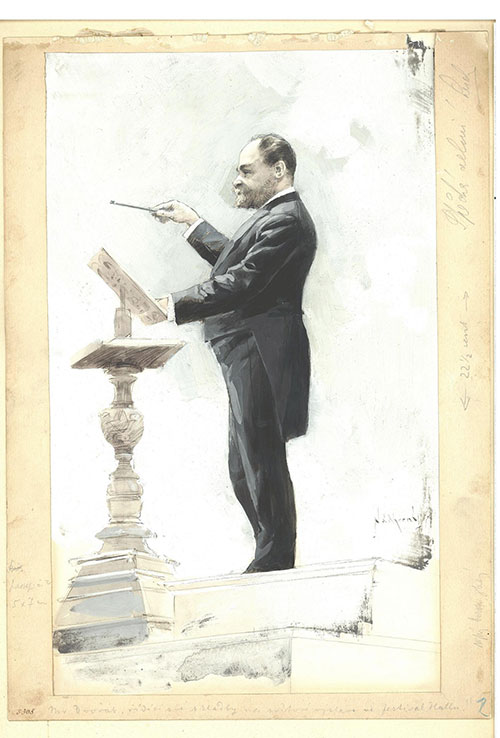 Antonín Dvořák conducts a cartoon on August 8, 1893 at the Czech Day in Chicago, Národní muzeum, eSbírky. CC BY

Dvořák’s compositions from this period include the string quartets B179 and B180, the piano suite in A B184 and his 9th and final symphony, titled ‘From the New World’ (1893). This celebrated symphony was actually Dvořák 's first work responding to the high expectations of Mrs. Thurber, and it was no coincidence that he chose the symphony as the genre for this work.

By using the form in which legendary masters such as Mozart, Beethoven and Schubert had established themselves, Dvořák wanted to offer leverage to American musical heritage and help lift it into the great romantic orchestral tradition.

In this symphony, the Dvořákian 'impression' of American music is blended with Slavic elements to create a colourful and unique artistic statement that can be enjoyed on many different levels. One of its most notable features is the slow movement, the Largo, boasting one of the most famous themes in music history.

Even if you’ve never intently listened to this Largo, you are likely to recognise its melody. It was used on the soundtrack of the film Crimes of Passion and it’s so popular in Japan that’s it’s considered part of its national musical heritage. In the U.K. many people will associate the melody with an advertisement for Hovis bread.

The symphony was a runaway success which landed Dvořák a two-year contract extension at the Conservatory.

Unfortunately, the bankruptcy of the Thurbers shattered those dreams. When Dvořák returned to America after a short holiday in Bohemia, everything seemed to have changed: he was homesick, struggled with his creativity, and lacked the peace and happiness he had felt in his homeland.

The following year he returned to the Czech Republic for good. A letter in which he waived his final salary from the Conservatory concluded his extraordinary adventure on American soil.