From Russia with love

Misia Sert was one of the most intriguing and influential women in Belle Époque Paris, a muse and confidant to many of the iconic artists and composers of the time. 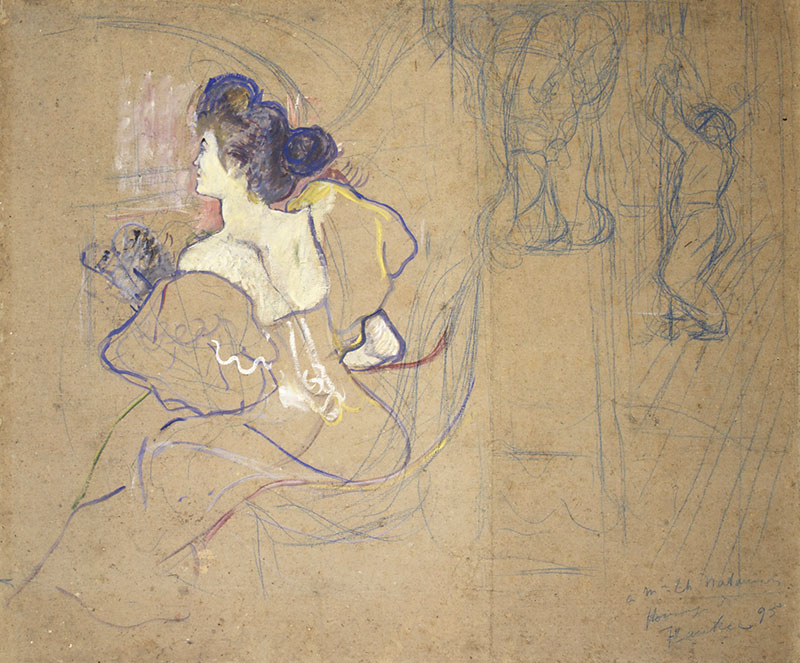 Marie Sophie Olga Zénaïde Godebska (known by the Polish diminutive Misia) was born in 1872, in an estate just outside of Saint Petersburg. Her parents were the Polish sculptor Cyprien Godebski and the Russian-Belgian cellist Sophie Servais, whose father was legendary Stradivarius-playing cellist Adrien-François Servais.

Marie Sophie Olga Zénaïde Godebska (known by the Polish diminutive Misia) was born in 1872, in an estate just outside of Saint Petersburg. Her parents were the Polish sculptor Cyprien Godebski and the Russian-Belgian cellist Sophie Servais, whose father was legendary Stradivarius-playing cellist Adrien-François Servais.

After her mother had passed away in childbirth, Misia was sent to live with family in Brussels. There she became acquainted with piano music from family friend Franz Liszt; she later took piano lessons with Gabriel Fauré in Paris.

Misia moved to Paris with her first husband, Tadeusz Natanson, founder of the literary and art magazine La Revue Blanche. There, Misia became the muse and the pivot of the artistic group associated with the magazine, including major authors like Proust and Mallarmé, and iconic artists such as Monet and Renoir.

Seeking funding for La Revue Blanche, Natanson approached newspaper magnate Alfred Edwards, whom she was having an affair with. Edwards agreed to fund La Revue Blanche on the condition that he and Misia got married. Thus, Edwards became Misia’s second husband but this marriage – like her third to Catalan painter José Maria Sert – ended in infidelity and divorce.

Misia was an influential member of a vibrant Parisian milieu involving artists, musicians, composers, designers and writers. Her lifelong confidant Maurice Ravel dedicated several compositions to her. Misia was the business partner, artistic touchstone and best friend of Serge de Diaghilev – founder and impresario of the Ballets Russes.

Contemporary artists such as Toulouse-Lautrec, Renoir, Vuillard and Valloton all portrayed Misia. Proust called her "a monument of history" and transfigured her complex personality into two female protagonists in A la recherche du temps perdu: the manipulative Madame Verdurin and her inseparable friend, Princesse Yourbeletieff.

Jean Cocteau devoted his Thomas l'lmposteur and Les Monstres sacrés to Misia, and she was good friends with Coco Chanel, bonding through the tragedies in their lives. Chanel and Misia travelled to the United States together, exploring the art scene and the nightlife. Amidst this extraordinary company, Misia carried herself with style, charm and wit.

Misia passed away in Paris in 1950. After a ceremony at the Polish church in Paris, where Coco Chanel paid her respects by lovingly preparing Misia’s body for the funeral, she was buried in the Cimetiere de Samoreau.