Preserves and shares the rich history of lesbian, gay, bisexual and transgender communities

Community archives, like the Cork LGBT Archive, aim to preserve histories that so often are absent and invisible in traditional archives, museums, historiographies and heritage institutions.

These previously hidden histories have recently been added to Europeana, as well as being accessible on www.corklgbtarchive.com and the Digital Repository of Ireland - an important step towards the inclusion and recognition of LGBT history as an important and valuable part of our history and heritage.

In many ways the 1970s were a challenging time to be lesbian, gay, bisexual or transgender in Cork – the LGBT community faced criminalisation, discrimination, ignorance, condemnation and violence. However the 1970s also saw the beginnings of LGBT community development in Cork, with the creation of LGBT spaces, services and supports and the LGBT community actively campaigning for social and legal changes.

The first Gay Centre in Cork opened in 1976. Prior to the opening of the Gay Centre, LGBT social networks had developed, with a circuit of ‘fabulous gay parties’ around Cork and gatherings in a number of pubs including The Imperial Hotel, Le Chateau and The Steeple.

The Cork Branch of the Irish Gay Rights Movement was established in 1975. The Cork Gay Centre, on MacCurtain Street, provided an important base for the Cork LGBT community. Social events were held each weekend, newsletters were produced and a telephone helpline, Tel-A-Friend, was established.

EXPLORE MORE: LGBTQ+ lives and heritage in this gallery 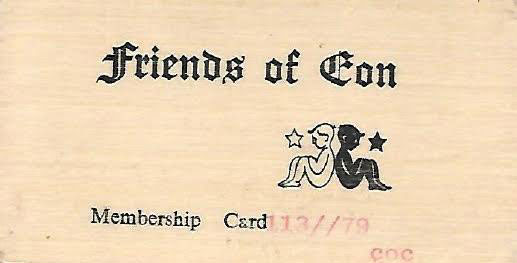 The Irish transgender organisation, Friends of Eon, was established in Dublin in the 1970s, with members from all around Ireland. A weekly social club, Lola’s Club, ran from 1977 to the mid 1980s.

The first Irish National Gay Conference was held in Cork in 1981, bringing together LGBT activists from Ireland, UK and USA. A series of workshops were held and forty-nine motions were passed at the conference.  These motions set the agenda for LGBT activism in the coming decades in Ireland.

Loafers Bar opened in 1983 and operated until 2015, making it one of the longest running LGBT bars in Ireland. Loafers became an important social space for the Cork LGBT community and for social change activists. The back bar of Loafers was reserved for women on Thursday nights, providing a regular meeting space for Cork’s lesbian and bisexual communities.

This Historic Victory article was published in the Munster Gay Community News), a four-page supplement, produced in Cork, for the national Newspaper.

This blog has been a snapshot of some of the histories in the Cork LGBT Archive. To explore and discover more, download The Queer Republic of Cork book which provides more detailed information about this vibrant community.

By Orla Egan, Cork LGBT Archive
With thanks to Dáire Rooney, Digital Repository of Ireland