A true writer-journalist, Emile Zola successfully managed both activities for about 20 years, at first out of financial necessity before he became a successful author, but also by conviction. 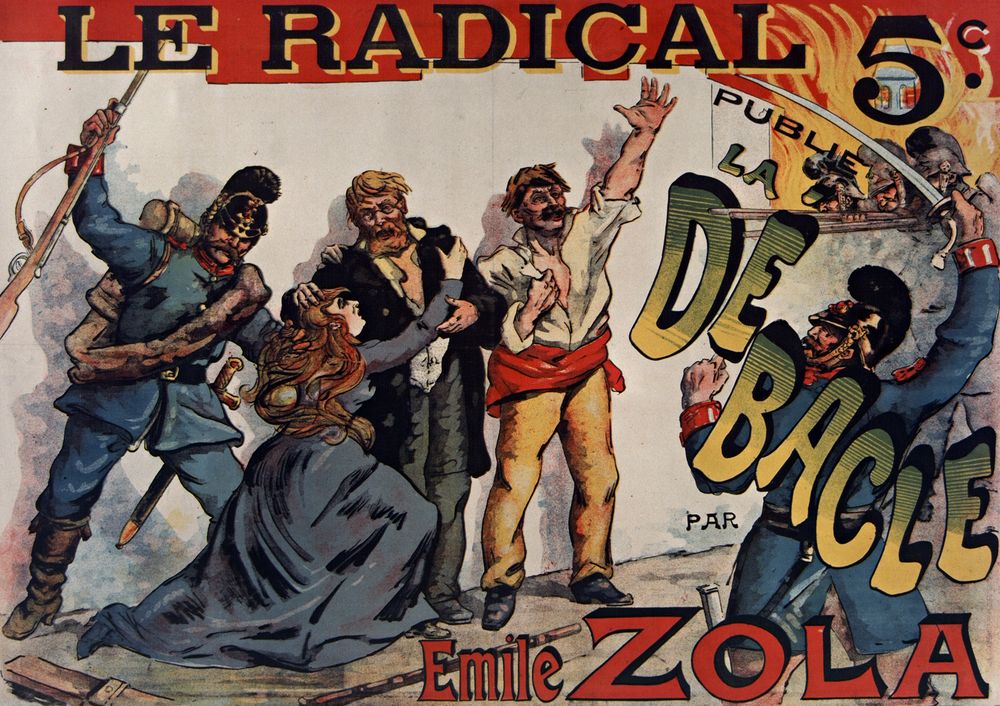 Poster advertising the publication of Emile Zola's 'La Débâcle' in the newspaper 'Le Radical', 1892, Bibliothèque nationale de France, No Copyright - Other Known Restrictions He sent his first articles to newspapers in 1863. His early contributions were critiques of the art and literature of his day, but his articles soon turned political and took on a combative tone. Having mocked the French Second Empire (1852-1870) as a "feeding frenzy" in 'La Cloche' on 13 April 1870, Zola founded the patriotic newspaper 'La Marseillaise' in the middle of the Franco-Prussian War. It was at that point that he became a political journalist, writing from the benches of the Assembly which had taken refuge in Versailles. 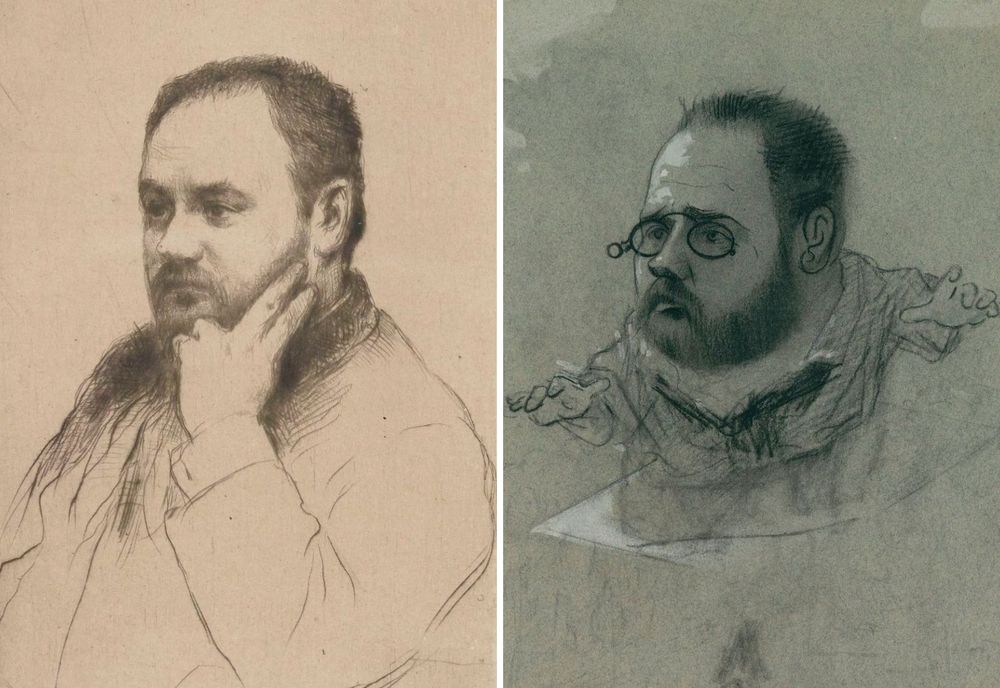 As an author writing in the naturalist genre, Zola showed the keen perception of a journalist in his writing and he considered his activity in the press to be genuine writer's work. In this sense, the two aspects of his writing were closely related. "We are all children of the press", he stated in 'Le Figaro' on 22 September 1881, as he announced his intention to leave journalism. It is surprising that his temporary retirement from journalism happened the same year as a major law for freedom of the press came into effect, almost as though the writer was leaving the battlefield once victory had been assured. While temporarily withdrawn from political jousting in the press, Zola expressed concern in 1894 in the 'Annales politiques et littéraires' about the "state of nervous over-excitement in which current journalism is holding the nation". Yet he did not stay silent very long: his opinion column "Pour les Juifs" in 'Le Figaro' on 16 May 1896 gave him the opportunity to directly oppose Edouard Drumont's antisemitic statements. It also foreshadowed his extremely famous open letter "J'accuse !" ("I accuse!"), published in Georges Clémenceau's paper 'L'Aurore' on 13 January 1898, which made him the centre of attention and marked the point when "intellectuals" took on a central role in public debate. 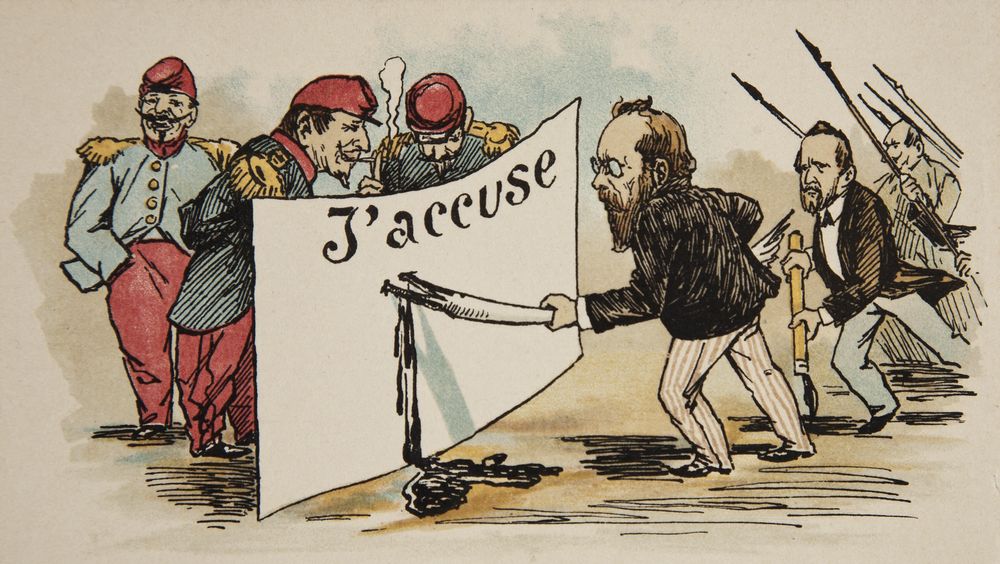 This episode illustrates all the skill of a man who was well-versed in the workings of the press and perfectly aware of the impact his article would have. The Dreyfus Affair, covered by newspapers in real time and day by day, turned Zola into one of the main protagonists in a legal and political controversy. According to 'La Croix' on 14 January 1898, "Mr Zola published an abusive diatribe this morning in which he makes the most inflammatory accusations". 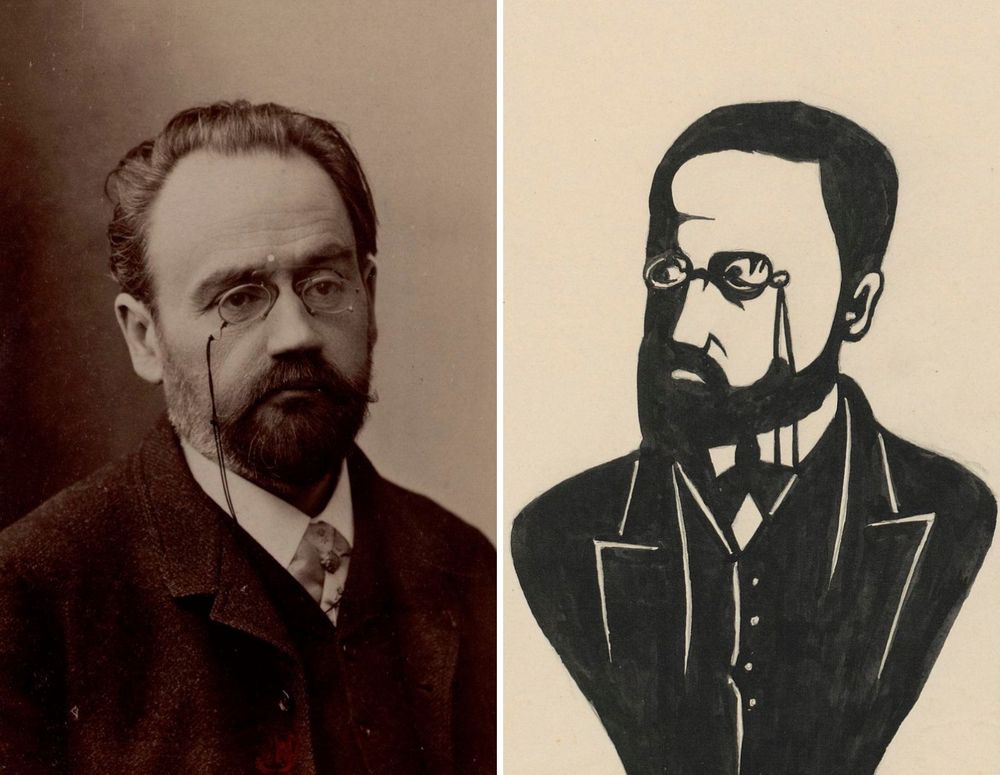 Once he had become a renowned novelist, Zola saw his work abundantly commented upon in the literary press, for example in the 'Le Figaro' literary supplement in 1890 when 'L'Argent' ('Money') was published. He also became a selling point for newspapers, as shown by the announcements and poster advertisements that various papers produced. 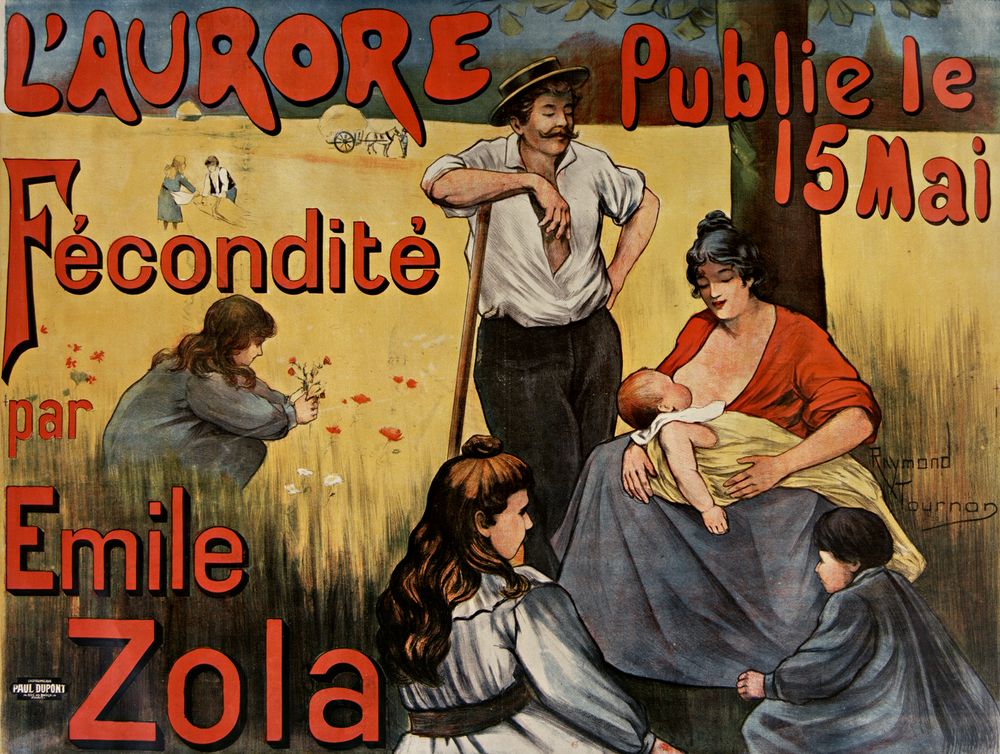 Poster advertising the publication of Emile Zola's 'Fécondité' in the newspaper 'L'Aurore', 1899. Bibliothèque nationale de France, No Copyright - Other Known Restrictions 'Le Cri du peuple' announced the publication of 'Germinal' in this way in 1885, 'Le Journal' announced 'Paris' in 1897, while in 1899 'L'Aurore' did the same for 'Fécondité' ('Fruitfulness'). Others include the illustrated newspaper 'L'Omnibus', which published 'Pot-Bouille' ('Pot Luck') and 'L'Assomoir' ('The Dram Shop') for example, as well as the daily paper 'Gil Blas'.

By François Michel Department of Law, Economics and Politics, National Library of France

The blog post is a part of the Rise of Literacy project, where we take you on an exploration of literacy in Europe thanks to the digital preservation of precious textual works from collections across the continent. Further reading: Read this blog post in French on the National Library of France's Gallica blog