'At Easter, I will still be far away' - one solider's diary from World War I

The war diary of Reinhold Sieglerschmidt

"My happiness, all my happiness, Easter I will still be far away, but the second Spring festival - Whitsunday ["Pfingsten" / Pentecost] - will not come without us being close once more." 20/IV 1916.

This is what Reinhold Sieglerschmidt wrote to his wife in his diary on 20 April 1916, just before Easter that year. Reinhold was then on the Eastern Front near Dünaburg (Daugavpils, Latvia). 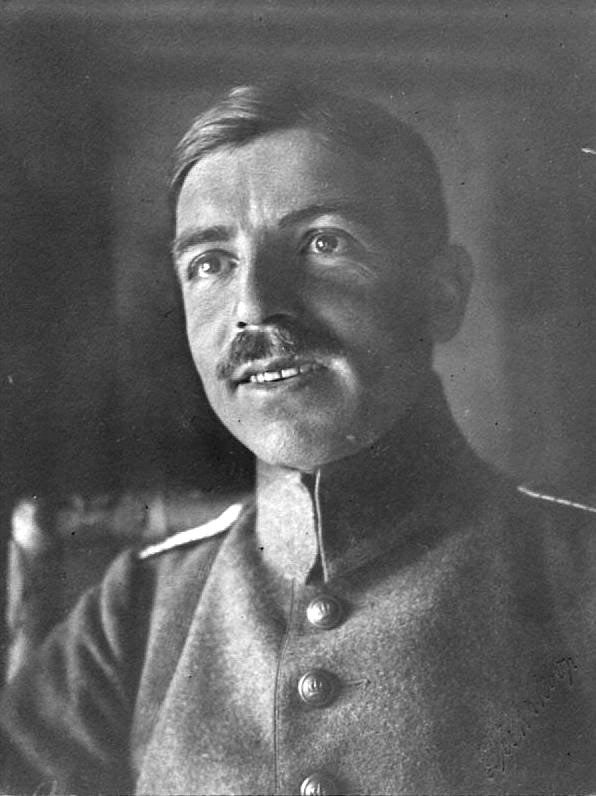 Throughout the war, he kept a diary, in which he wrote to his beloved wife, Helene. Reinhold was killed on the Western Front in February 1918, leaving Helene with their three children. 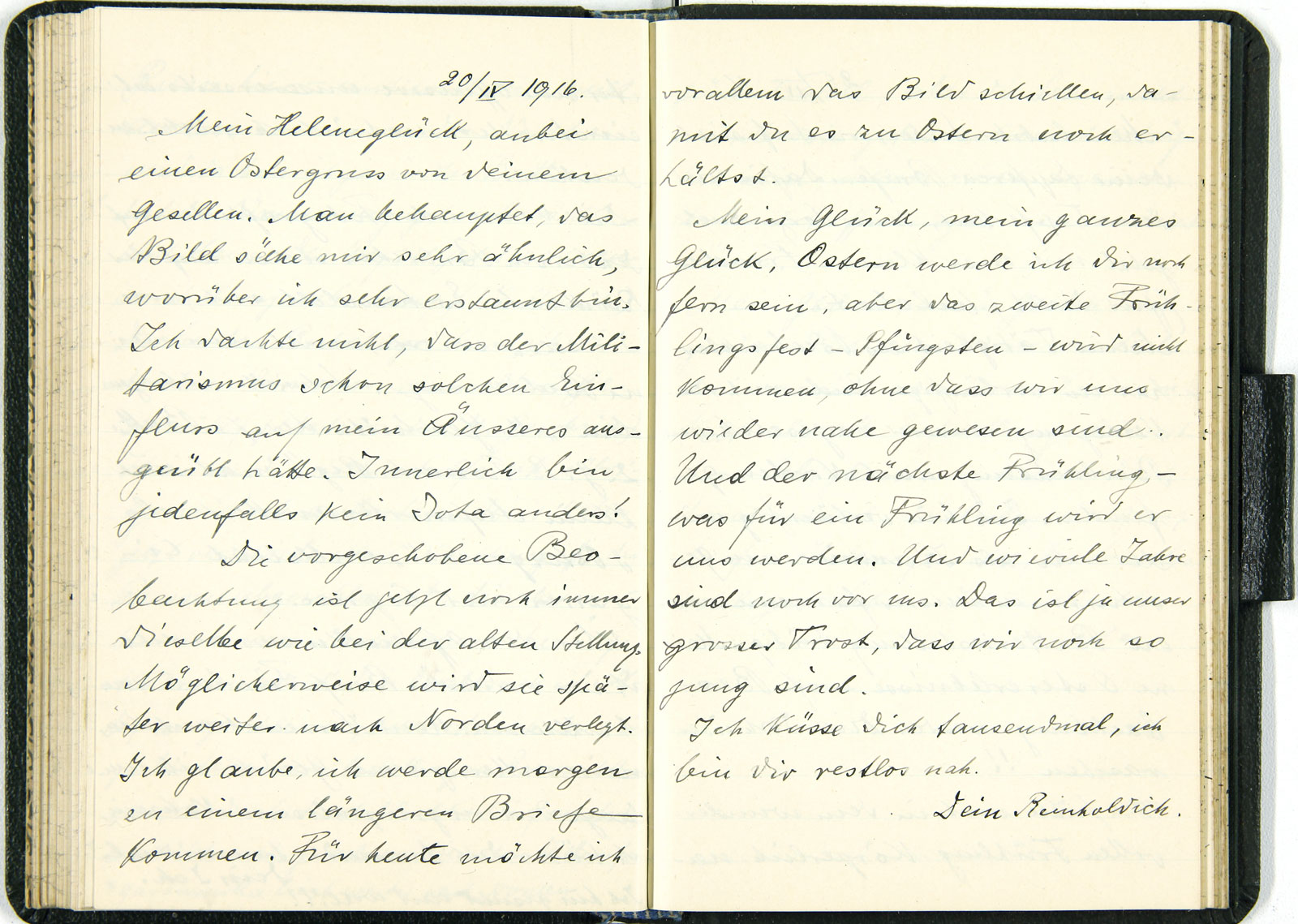 Reinhold's Easter message to his wife, 1916

Photos and the volumes of letters were contributed to the Erster Weltkrieg project during the public participation day at the Deutsche Nationalbibliothek, Frankfurt, by Reinhold's grandson.

You may see images relating to Reinhold which the family have already uploaded to the project.