Czechs and Slovaks fighting for independence during World War One

Warfare in an emerging geopolitical landscape

At the end of World War I, the geo-political landscape of Europe changed dramatically. Following the Treaty of Versailles several new nations emerged, among them Finland, Poland, Latvia and Lithuania. The multi-ethnic Empire of Austria-Hungary was divided into  Austria, Hungary, Yugoslavia and Czechoslovakia. Already before the end of the war the Czechoslovak First Republic had emerged as a result of the collapse of the Austro-Hungarian Empire.

On 18 October the Czechoslovak declaration of independence was published by the Czechoslovak National Council, signed by Masaryk, Štefánik and Beneš, 1918 in Paris, and proclaimed on October 28 in Prague. Towards the end of the First World War which led to the collapse of the Austrian-Hungarian Empire, several ethnic groups and territories with different historical, political, and economic traditions were blended into the new independent Czechoslovak democracy. 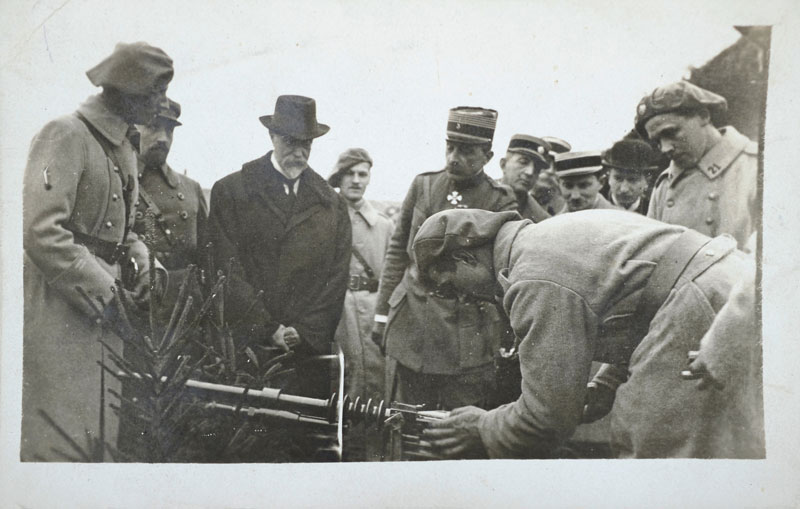 It all started with the ambitions of one man, Tomáš Garrigue Masaryk, who, after trying to reform the Austro-Hungarian monarchy into a federal state,  eventually succeeded in founding the Czechoslovak Republic. When the First World War broke out in 1914, Masaryk concluded that the best course was to seek an independent country for Czechs and Slovaks, outside Austria-Hungary.

He went into exile and started establishing the so-called Czechoslovak Legions, an effective fighting force on the side of the Allies in World War I. Already as early as August 1914, the Russian High Command had authorized the formation of a battalion, recruited from Czechs and Slovaks in Russia. The unit went to the front in October 1914 and was attached to the Russian Third Army. Masaryk and his compatriots in exile had the idea to recruit Czech and Slovak prisoners of war (POWs) in Russian camps. However, because of the opposition of the Russian government, this was not possible until the summer of 1917.

The Czechoslovak armed unit in Russia grew very slowly. After three years the Legion was established, first in Russia in 1917, later with other troops fighting in France, Italy and Serbia. Originally all-volunteer forces, these formations were later strengthened by Czech and Slovak prisoners of war or deserters from the Austro-Hungarian Army. By 1918 about 40,000 troops in total were part of the Czech Legion.  Throughout the Europeana 1914-1918 community collection campaign collection days were held in cities in both the Czech Republic and Slovakia. Some of the stories that were contributed at those events refer to the Legion. A few of them are about soldiers who were part of it, fighting in Russia, in Italy or France. 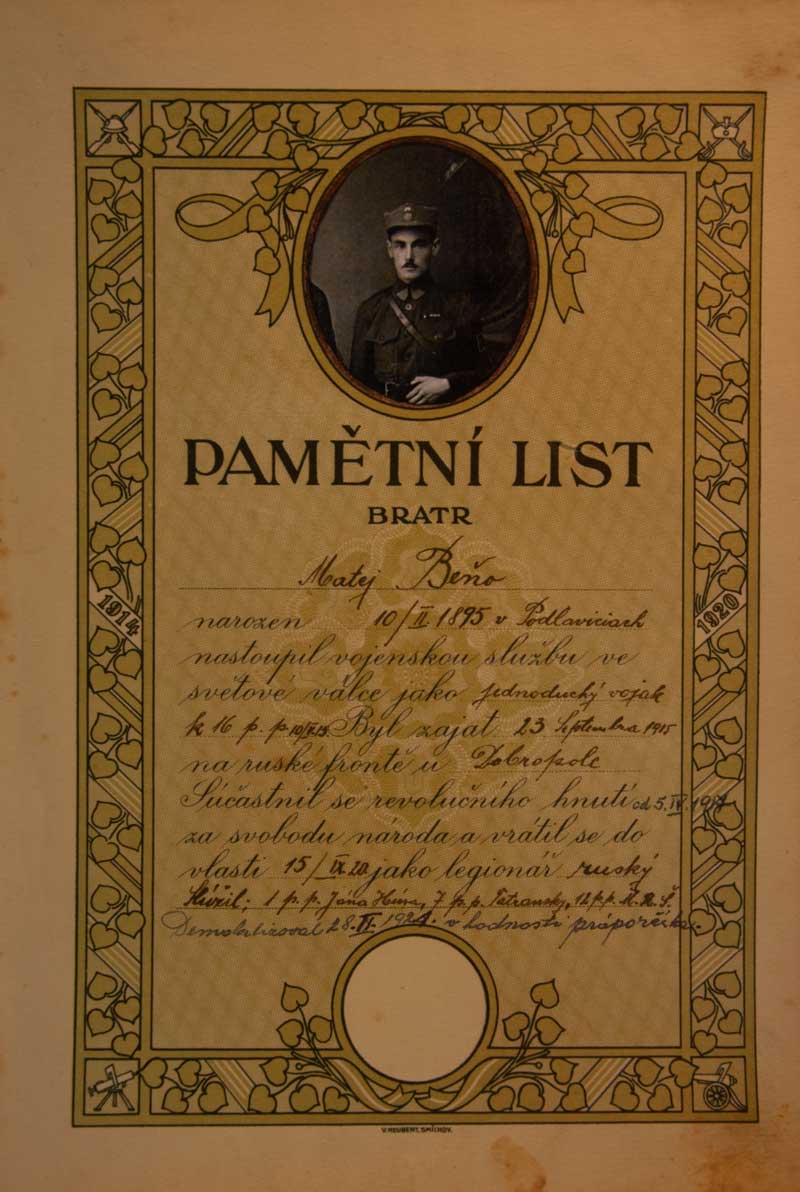 Among the contributions is an interesting document (in German) that tells the story the Austro-Hungarian Infantry-Regiment No. 28, which made headlines in April 1915 as its dissolution was announced. The Prague based regiment consisted of 95% Czechs and 5% other nationalities. Allegedly some Czech volunteers were actively trying to persuade the soldiers to walk over to the Russians. In the article, not only the dissolution of the regiment is mentioned but also the shooting of several officers. Another contribution tells the story of Václav Radil. He was born in Jitkov, Bohemia. According to this story, there was an unwritten agreement in the trenches an not to shoot Russians, or to shoot in the air.

He was taken prisoner by a Cossack and had to work in the woods in Siberia. There he learned about the organization of the Czech Legion and was able to join them in the autumn of 1917. When the war was over he had to travel along the Trans-Siberian railway, along Altai, past the Ural Lake all the way to Vladivostok. He finally arrived in Czechoslovakia in the spring of 1920. Josef Kobza was captured on the Eastern Front in November 1914. Soon after he became one of the recruits of one the first Czech battalions. He would eventually become a corporal in the 9th Rifle Regiment until he was demobilized in December 1919.

While on board of the ship “Karači Maru”, travelling home he produced a hand-illustrated diary 'Return'. Soldier Josef Osmer was fighting at the Italian front at Passo Val Maggiore when he was taken prisoner. While staying in the  Padula PoW camp he decided to join the Czechoslovak Legion in April 1918. Among his documents are a certificate issued by the Italian party about his service in the Italian army as well as a testimonial of the Czechoslovak legionary community from 1930. On our special website Transcribathon.eu you can find more documents in Czech and Slovak. You can read these unique first-hand accounts and help disclosing them by starting or completing the transcriptions.