Today would be the birthday of Count Basie - American jazz pianist, organist, bandleader, and composer. William 'Count' Basie is considered one of the most influential jazz musicians in history. 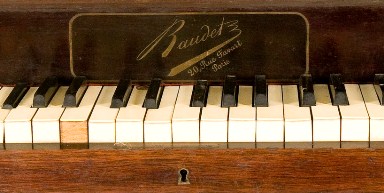 Did you know? Count Basie's playing was much more relaxed than a lot of other swing piano players. He actually played fewer notes than his contemporaries! And his most famous single, One O'Clock Jump, from 1935, was composed when Basie and his band were just messing around. More Basie facts here. To see and hear Count Basie, take a look at this video from the Institut National de l'Audiovisuel - commemorating his life and broadcast at the time of his death in 1984.

To celebrate this great swing pianist, I've found some real gems of pianos in Europeana. If you're a pianist (and I am), just looking at them will make your fingers tingle for a touch of the ivories. And whether you play or not, you can explore a whole range of jazz music on Europeana - it's not all about the paintings, you know! The first piano I'd like to show you is a square pianoforte from 1840. Who'd have thought a descendant of this sedate instrument would end up being one of the great tools for a genre described by some as 'the devil's music'? 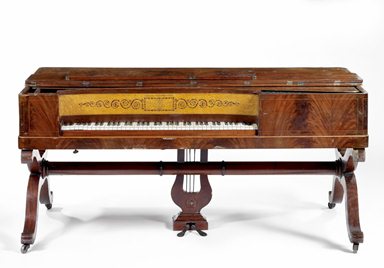 I'm including  this next piano because it's just so beautiful. It's a giraffe piano, so-called because of its long graceful neck. 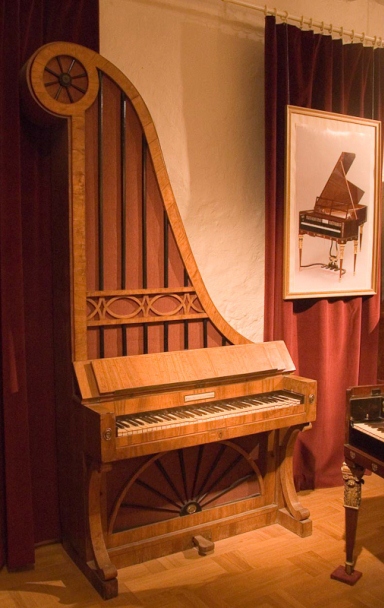 If you've never looked inside a piano - here's what you'd see if you did. This is a typical upright piano you'd find in a family home, school or church hall. 88 keys, two pedals (one to sustain the sound and one to soften it). When you press a key, a felt-covered hammer hits the appropriate steel string. 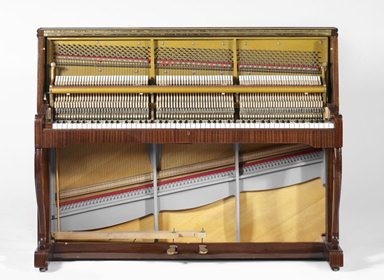 And finally, the pièce de resistance, the grand piano. My ambition is to own one of these beauties. And this one is a particularly nice one, it's by John Broadwood and Sons, made of rosewood and rented, for a time in 1849, to Lord Breadalbane, a member of the Scottish aristocracy. 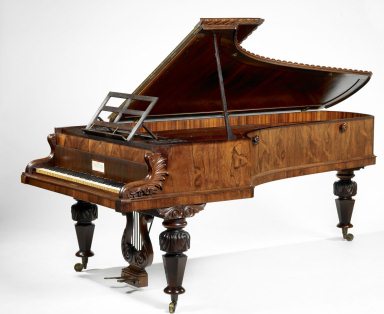 And this is me, playing the piano. OK, no it's not, but it's a rather nice poster by Maurice Biais for Erard's piano makers. 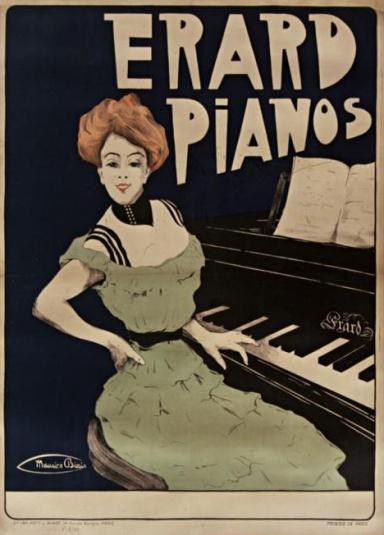