Notation can be seen as the foundation of the creative output in classical music.

Music autographs, manuscripts and sketches manage to give an insight into the composer’s mind and a glimpse to his way of thinking. They open up an understanding of how musical ideas were created and expressed.

Within Europeana’s music collections a lot of interesting music manuscripts and scores from several institutions can be found. Therefore this month, we concentrate mainly on music manuscripts with a focus on Antonio Salieri. 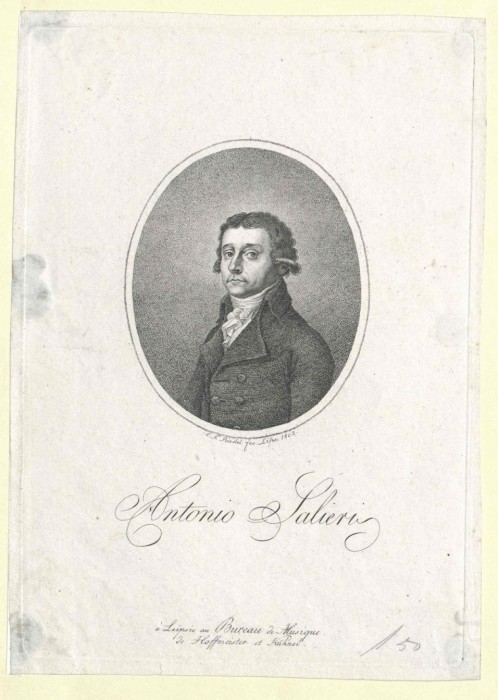 Antonio Salieri was a well-known composer in the 18th century and the Hofkapellmeister at the Viennese court for 36 years, from 1788 until 1824, a year before his death in 1825.

Salieri had the habit of always seeing his operas as “work in progress” and continued making revision even after they were first performed: This can be seen from his manuscripts, which are also shown in the first Search Entry Point. Since Antonio Salieri did not only write operas, but attended to almost all common genres during his lifetime. So you can also explore all his other works, like masses, oratorios, various instrumental and vocal music like concertos, sonatas, arias and more. 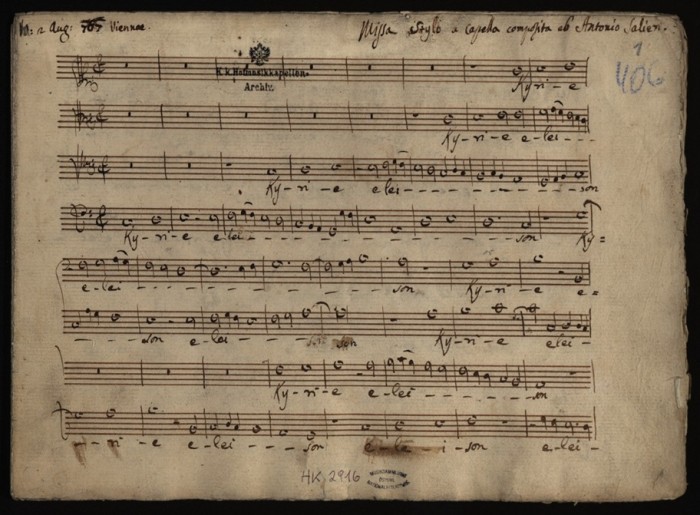 A very famous contemporary of Antonio Salieri and one of the most known composers throughout the world is Wolfgang Amadeus Mozart, to whom the second Search Entry Points is dedicated. 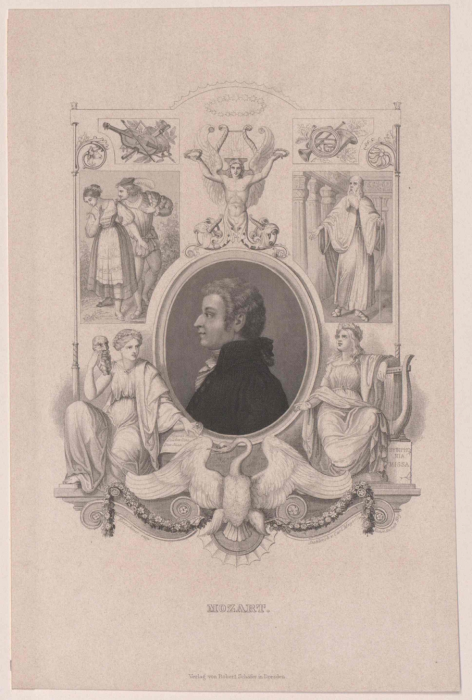 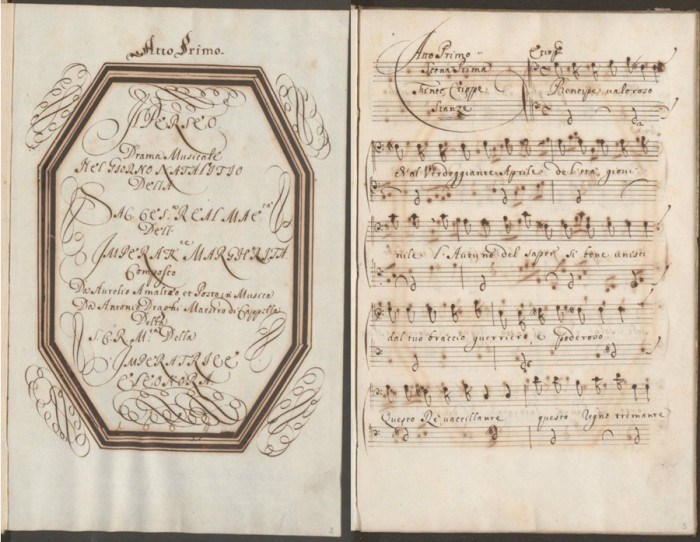 The Anton Bruckner collection of the Austrian National Library contains a large number of autographs, manuscripts, sketches and documents of the composer himself and is the world largest Bruckner archive containing his works.

Bruckner himself started this collection when he left the autographs of his main works to the former Viennese Hofbibliothek (Imperial Library). Since then the collection has been steadily increased. 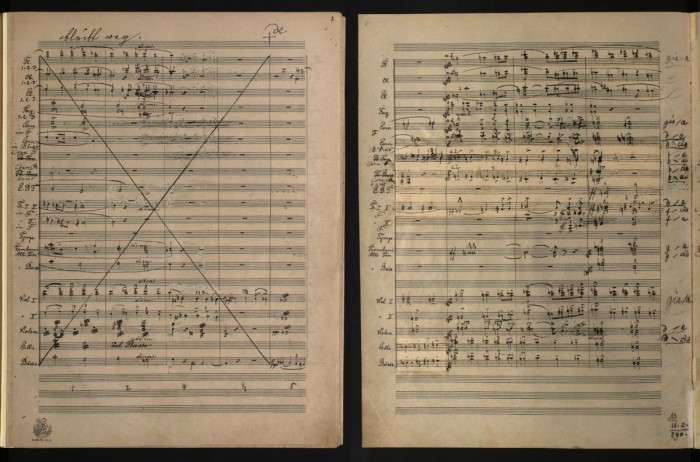 In those two pages from the first movement of Bruckner’s 8th Symphonie, you can see on the left page how he crossed out a four bar long passage writing “bleibt weg” (omitted). On the right page – how Bruckner revised and changed parts of the score.

The fifth Search Entry Points is dedicated to two Austrian composers: Hugo Wolf and Alban Berg. Hugo Wolf is especially known for his songs and his autographs. Drafts of his greatest works can now be found within the music collections.

Alban Berg was a pupil of Arnold Schönberg and part of the second Viennese school. Especially the manuscripts of his operas Lulu and Wozzek are worth exploring. 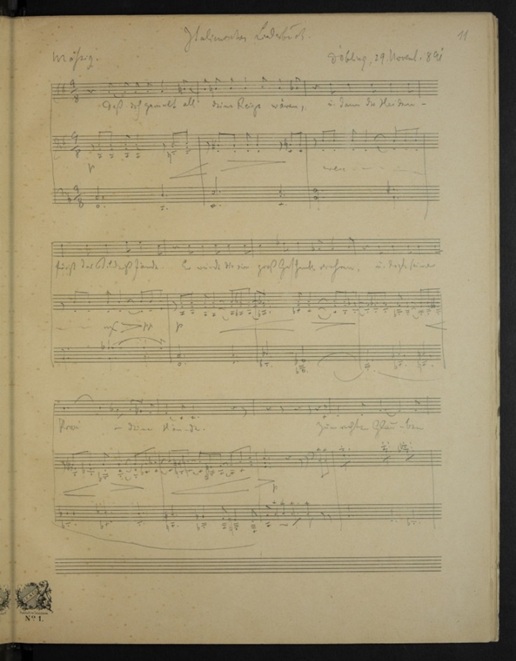 The beginning of the Hugo Wolf song “Daß doch gemalt all deine Reize warden” (Would that thy charms were painted) of the Italian Song Book.

Apart from musical manuscripts one may also find personal items of composers in music collections. In the sixth Search Entry Points you can therefore browse f.e. through letters of Johannes Brahms, Hugo Wolf or Anton Bruckner, or you can take a look at documents, pocket diaries or personal notes of various classical composers.