January 3rd marks the anniversary of the birth in 106BC of a man we know as simply as Cicero. 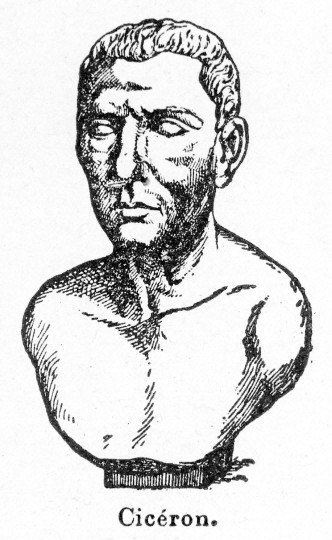 According to author Michael Grant, 'the influence of Cicero upon the history of European literature and ideas greatly exceeds that of any other prose writer in any language.' His works rank among the most influential in European culture, and today still constitute one of the most important bodies of primary material for the writing and revision of Roman history, especially the last days of the Roman Republic.

Despite it occurring 1,500 years after his lifetime, the 14th century European Renaissance was inspired by Cicero.

His letters were discovered by Italian scholar and poet Petrarch. This rediscovery prompted the Renaissance, which some say was largely a revival of Cicero's ideologies.

Plenty of Cicero's work is available on Europeana.

Browse Cicero's texts, or try philosophy and rhetoric with his De Oratore

Cicero became a prominent spokesman for the senate in Rome, as was Mark Antony.

Cicero spoke out in a series of speeches against Mark Antony, disliking the way he took liberties with Caesar's wishes and urging the senate to make him an enemy of the state. At the same time, Cicero spoke highly of another man, Octavian, Caesar's heir, in the hope that he would take over from Caesar when the time came.

But Cicero's plans to drive Antony out failed.

Antony and Octavian formed an alliance and in their turn named Cicero and his associates as enemies of the state. Cicero was caught on December 7th 43BC. He did not resist capture when the time came, and his head was cut off followed by his hands. Rather grimly, Antony's wife then supposedly tore out Cicero's tongue to avenge his power of speech.