The phrase Bulgarian, heroes! accompanies every sporting event that Bulgaria takes part in, and is well known to every proud Bulgarian.

The phrase Bulgarian, heroes! accompanies every sporting event that Bulgaria takes part in, and is well known to every proud Bulgarian. 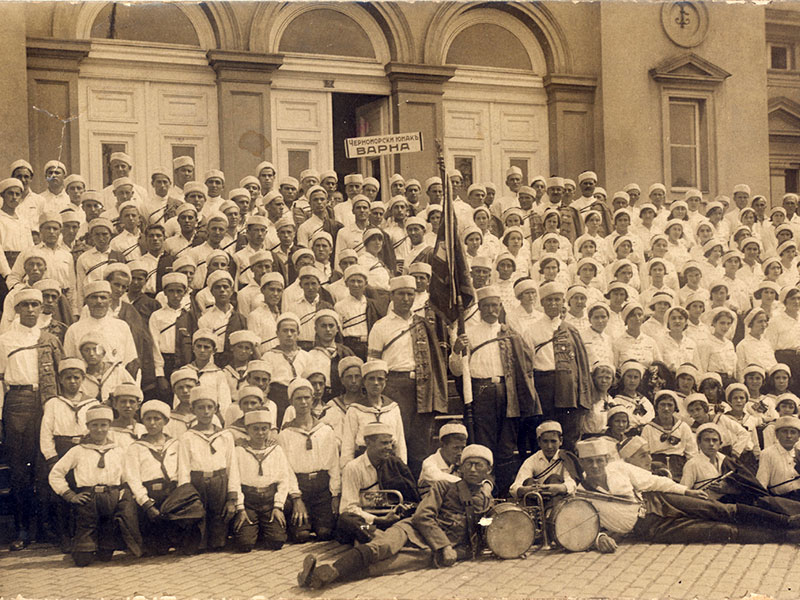 However, few know that this exclamation stems from the culture of 'Hero' gymnastic societies - youth organisations imbued with Bulgarian national ideals that played an important role in the patriotic upbringing of several generations of young Bulgarians.

The first 'Hero' gymnastic society was founded in Sofia on August 25, 1895 by Todor Yonchev. Swiss gymnastics coaches Louis Ayer, Daniel Blanchou, Alois Bunter and Sh. Shampo were invited to contribute to it by the Minister of Education Georgy Zhivkov.

Over the following three years, more than 20 organisatons were established. Members came from all parts of society - students and young people, intelligentsia and peasants. However, in the early years, women were not allowed.

The Union of Bulgarian Gymnastic Societies 'Hero' was established at the First Congress of Societies in 1898, the beginning of the sports movement in Bulgaria. This public organisation deals with the patriotic upbringing of young people with the motto: 'Hard and strong – altogether for the Motherland'.

Gymnastics were the main focus for this youth training, but it is fundamentally different from today's understanding of the sport. It was a complete system of exercises and activities through which, moral and ethical qualities - in addition to physical training - are cultivated for the benefit of the society.

Games and competitions were organised in the most advanced disciplines: athletics, wrestling and weight-lifting. There were also more theatrical performances, including gymnastic demonstrations, poetry, dances and talks.

Spectacular national competitions were organised. By 1937, eight Youth Union Councils had been held.

The first was hosted by Varna Gymnastics Society ‘Black Sea Youth’ in 1900. There were 11 companies and 77 Youth Student Units, with about 800 participants and 560 players.

The Varna municipality, headed by the mayor Costa Rankov, built a stadium in the Sea Garden. Guest groups from Sofia and Ruse marched to the Sea Garden to start the gymnastics competition, followed by Varna's 'heroes'. A special hymn for the event was written by the Bulgarian composer Dobri Hristov.