Greatness, illusion, bitter rivalry, and a tragic end. It's a life story that could easily have been penned for a Hollywood epic drama. Today we are celebrating Francesco Borromini, born on this day in 1599. Born with the name Francesco Castelli, Borromini was a Swiss Italian architect and a prominent figure in the emergence of Roman Baroque architecture. Daring, imaginative, licentious, idiosyncratic and extravagant – just some of the words used to describe Borromini's personality and style. He was influenced by the architecture of Michelangelo and the ruins of Antiquity. His architecture employs manipulations of Classical architectural forms, geometrical rationales with symbolic meanings behind his buildings. 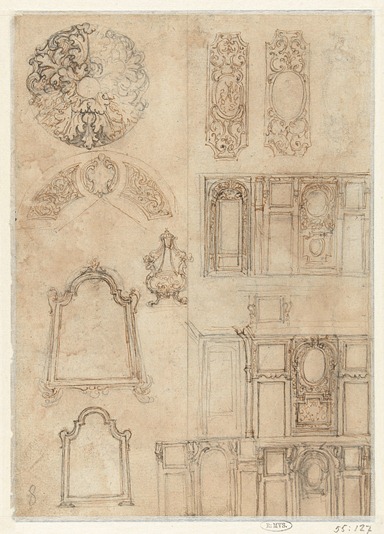 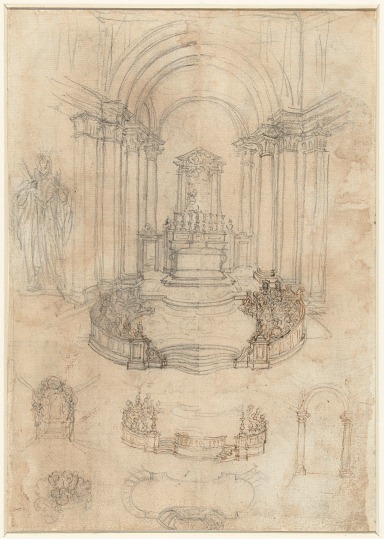 The choir of a church and other architectural sketches, Francesco Borromini, Rijksmuseum, Public Domain Mark.

Borromini wasn't the only architect to dominate the early 17th century - the other prominent figure of the time was Gian Lorenzo Bernini, whose works were more traditional and classical. Bernini was safe and sober while Borromini took risks and experimented. Their backgrounds differed too; while Borromini was learning his trade as a humble stone mason and craftsman, Bernini was perfecting the higher art of sculpture. It is thought that this was the seed of their bitter rivalry, which grew in the 1630s when Borromini worked under Bernini at St. Peter's and the Palazzo Barberini in Rome. Some historians think that this bitter rivalry may ultimately have led to Borromini’s tragic death.

Borromini began working at the Palazzo Spada in Rome in 1632. His work here culminated in 1652-3 with the Perspective Gallery. This is an example of ‘forced perspective’ and shows what the Encyclopedia of World Biography calls an ‘unexpected wit that must have helped to make Borromini's name known.’ The corridor is shorter and the sculpture at its end much smaller than they first appear. The corridor looks to be around 35m long, when in fact it is less than 9m from front to back. 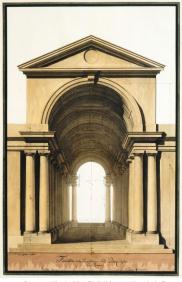 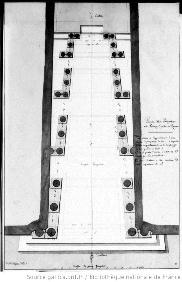 Borromini was honoured by the Pope in 1652 and made a knight of Christ. In his career, although his work provoked dispute and discussion, he became successful and an important figure in baroque architecture. Despite this, it seems that Borromini was troubled, described as 'neurotic' and perfectionist, and maintained a bitterness towards Bernini's greater fame. In the last few days of his life in 1667, he  was extremely agitated and is thought to have destroyed many of his drawings. In August 1667, he was under the watchful eye of a servant at all times because he was suffering from a nervous complaint. Seizing the opportunity when his current guardian was distracted, Borromini stabbed himself with his own sword. In the time left to him, he recovered enough to make his will and receive the last rites before he died on August 3. This tragedy was compounded by Borromini leaving a significant work unfinished -  a collection of engravings of his buildings begun shortly before his death. These were published some 60 years later as Opus architectonicum equitis Francisci Boromini.

Learn more about Francesco Borromini and his work through Europeana, and read an excellent biography from Encyclopedia of World Biography. Or watch this great video of Italian baroque architecture in Europeana.