Did you know that the earliest known list of recommended and banned books dates from about 496? It was issued by Pope Gelasius I. Printed lists of banned books existed since the beginning of the escalating religious conflicts of the 1520s. They were published in the Dutch Catholic regions (1529), in Venice (1543), and in Paris (1551). The first Roman list was published in 1557 but it was soon withdrawn.

The first official Roman Index of banned books was published in 1559 under Pope Paul IV. It contained approximately 550 religiously, morally and politically controversial authors, as well as individual works. 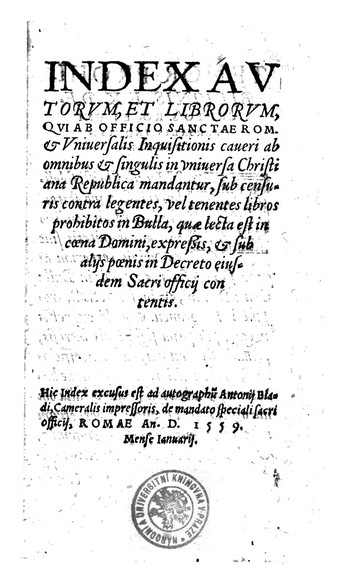 The Pauline Index from 1559, Národní knihovna České republiky, No Copyright - Non-Commercial Use Only

The Index was often republished as the spread of printing, the development of sciences, and the fast-changing social and political circumstances increased the number of authors and works endangering the religious and the political authorities. The 20th edition of the Index was published in 1948, and was ultimately abolished by Pope Paul VI in 1966. It coexisted with other censorship lists, like the Catalogus librorum a Commissione aulica prohibitorum, which was published between 1754 and 1780 during Maria Theresa’s rule. 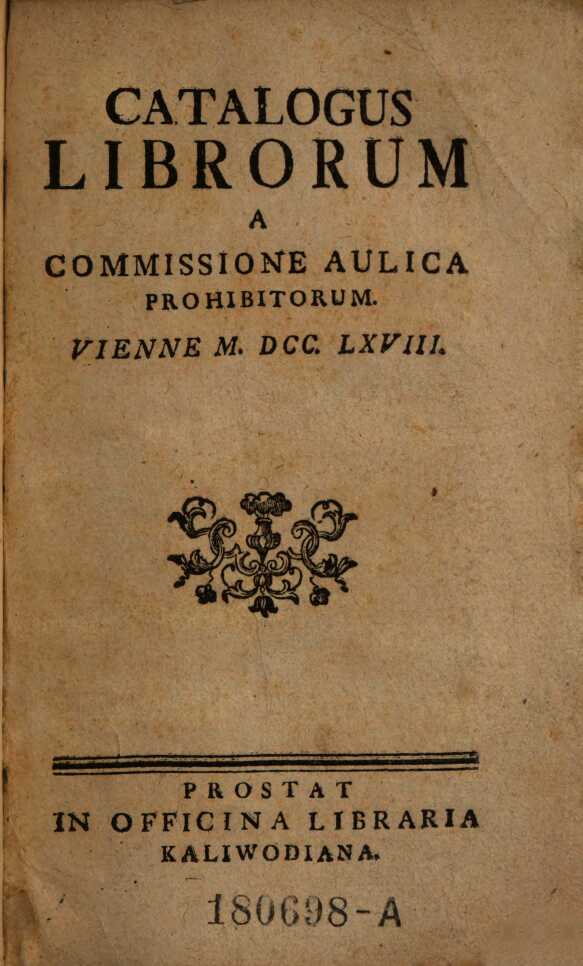 The Catalogus librorum a Commissione aulica prohibitorum from 1768, Österreichische Nationalbibliothek - Austrian National Library, No Copyright - Non-Commercial Use Only

The most dangerous authors on the Index belonged to the so-called ‘first class’ of banned authors – that is, the most dangerous.  The most common reason for an author or an individual work to be put on the Roman Index was a deviation of his views from the official Catholic Church doctrine. Other reasons were that the authors or their works were considered to be politically subversive, or morally contentious. 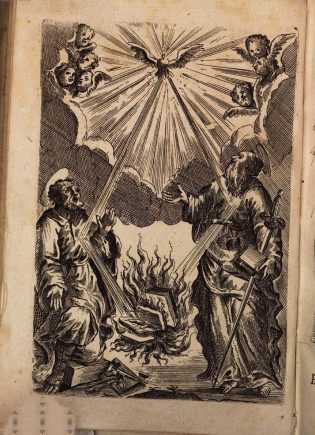 Frontispiece with St. Peter and Paul who, inspired by the Holy Spirit, are destroying blasphemous books.  Index librorum prohibitorum, 1711, Bavarian State Library, No Copyright - Non-Commercial Use Only

Numerous authors resorted to publishing their works under pseudonyms. Printers and the publishers also sometimes disguised their identity, by giving fictitious printing places or printers’ names on title pages. Banned books could be confiscated, and the authors, as well as the booksellers, could be fined or persecuted. There were even a couple of ‘trials and executions’ of banned books, like the public burnings of Helvetius’s De l'esprit in Paris in 1785. 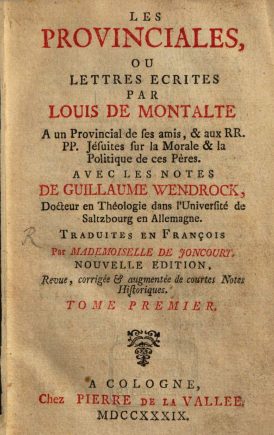 Title page from the 1739 edition of Blaise Pascal’s Les provinciales published under a pseudonym of Louis de Montalte, Bavarian State Library, No Copyright - Non-Commercial Use Only

As all banned things only tend to increase the curiosity of the public, no official Church or secular suppression was able to prevent the curious readership from acquiring and reading banned authors and their works. The Church authorities followed the latest heresies, therefore a considerable number of banned books found their way into ecclesiastical libraries. Private book collectors often kept the lists of banned books in order to keep up with the novelties on the book market. Book censorship gave rise to a lively black market for banned literature.

Interested in Index Librorum Prohibitorum? Stay tuned for another blog about Banned Authors coming up! Both blogs are part of the Rise of Literacy project, where we take you on an exploration of literacy in Europe thanks to the digital preservation of precious textual works from collections across the continent.