Before Braille: raised type in Europe

In the nineteenth century innovations in raised type allowed the written word to became accessible to visually impaired readers for the first time.

In the nineteenth century innovations in raised type allowed printers to create embossed texts that could be read through touch. For the first time the written word became accessible to readers with blindness and visual impairment.

It was only in the late eighteenth century that education for the blind began to include literacy as well as vocational skills.  At the Royal Institute for Blind Youths in Paris Valentin Haüy experimented with embossed plates and wet paper and produced the first tactile text in 1786. 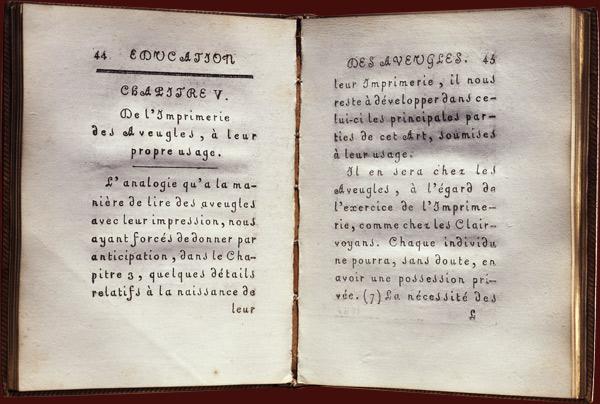 The effect of war

Haüy’s experiments were hindered by the French Revolution but the Napoleonic Wars (1803-1815) revived interest in embossed printing. Charles Barbier, an officer in Napoleon’s army, had invented a writing system of raised dots to help armies communicate in the dark. War left many soldiers with visual impairments caused by injury and disease. Barbier realised that his “night writing” could help them, and many others with similar impairments, to read. In 1821 he presented it at the National Institute for Blind Youths in Paris. One audience member was a young Louis Braille, who would become the father of tactile type as we know it today.

The road to braille was not straightforward and several competing types appeared in first half of the nineteenth century. Should the raised letters reflect the alphabet or should abstract symbols be used instead? There were arguments for both sides: 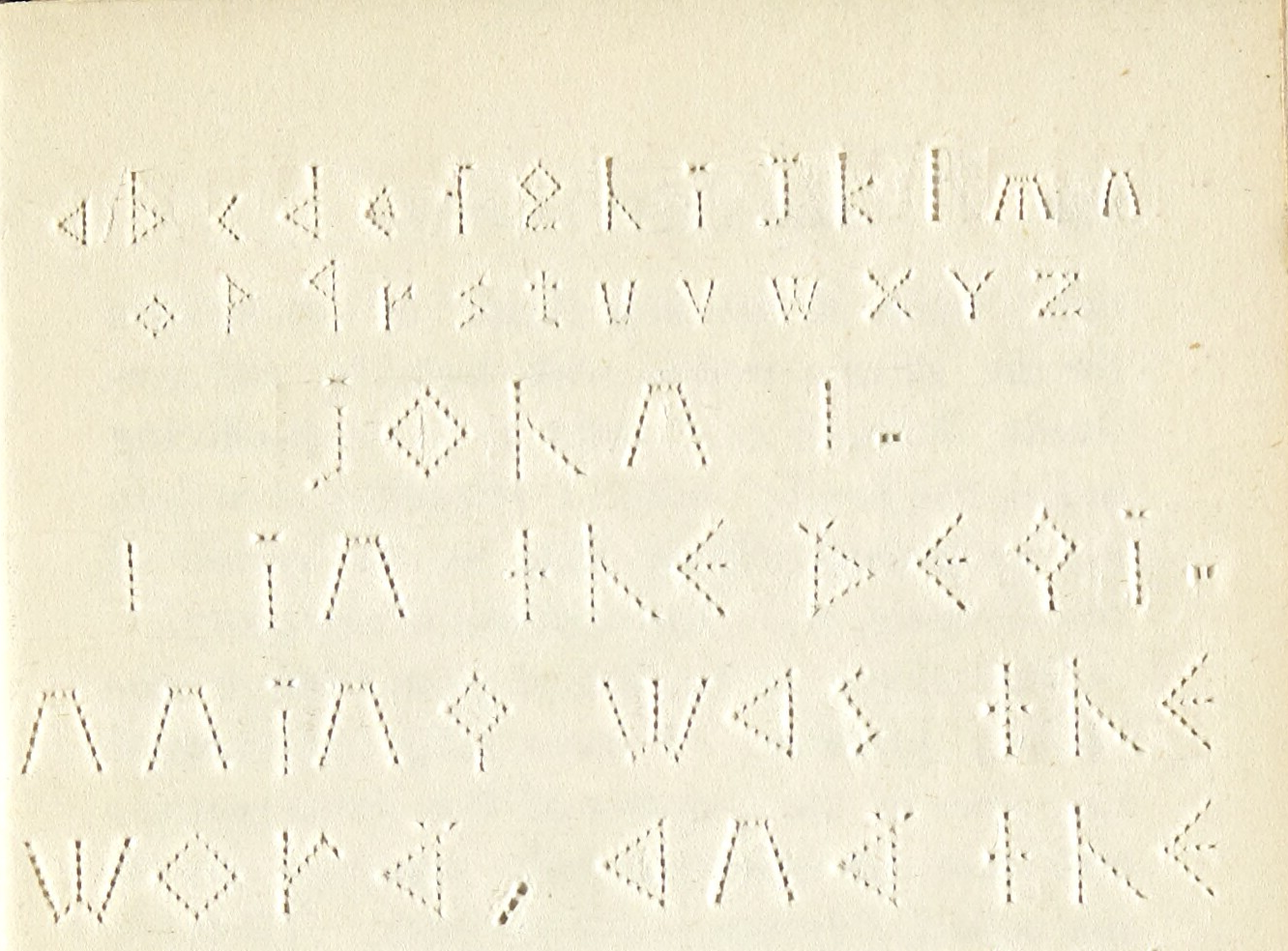 The first embossed type in Britain was the “triangular alphabet” designed by James Gall, a founder of the Royal Blind School in Edinburgh. Gall made the letters out of angular lines so that they could be understood by blind and sighted people alike. Gall claimed that his students could read slowly after only an hour’s practice but he made little progress outside Edinburgh. 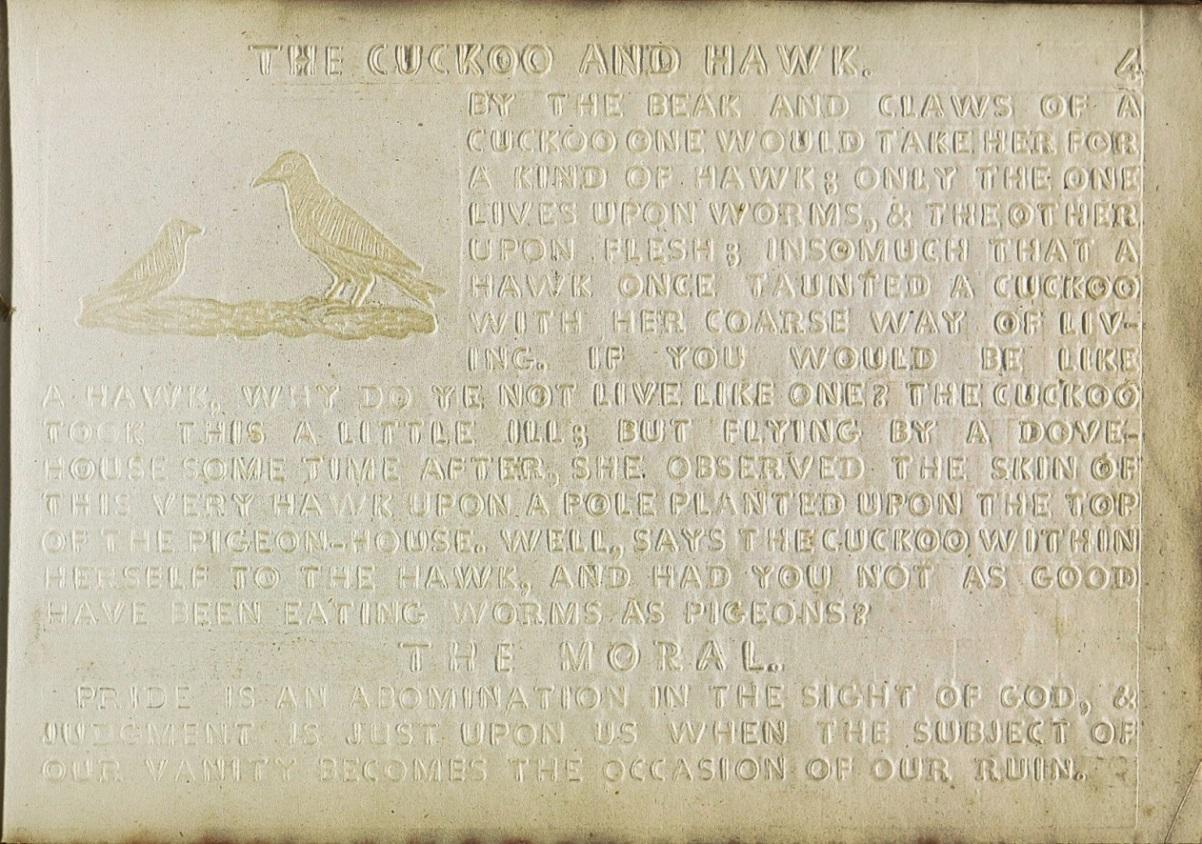 Alston type in A selection of fables with woodcuts, for the use of the blind (p.11), 1838, National Library of Scotland, Public Domain

In 1832 The Society of Arts for Scotland held a competition for the best embossed type. There were 15 entries but Edmund Fry’s alphabetical system of roman capitals triumphed. Shortly afterwards John Alston began printing at the Glasgow Asylum for the Blind using a slightly modified version of Fry’s design. “Alston type” proved popular and inspired similar forms across Europe and North America.

The rise of Braille

In Paris, Louis Braille had adapted Barbier’s designs so that each symbol could be recognised with one fingertip. In 1829 he published the first braille alphabet. It was popular with students at the National Institute but was not officially adopted there until 1854. 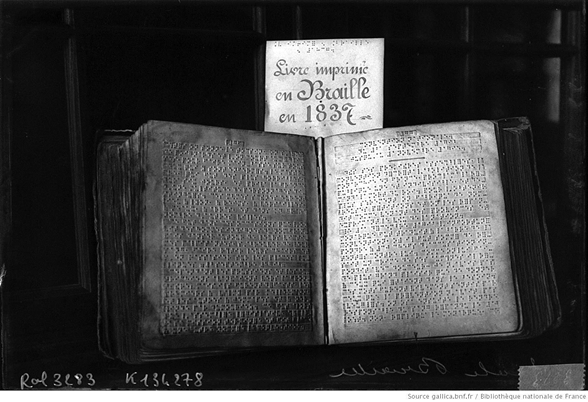 In Britain, braille was even slower to take hold but campaigners like Thomas Rhodes Armitage and the British and Foreign Blind Association were gaining influence. Armitage insisted that “the question must not be settled for the blind, but **by the blind themselves**”. By 1870 the existing systems had been tested and the BFBA judges (all blind themselves) concluded that braille was the best. There were still many years and revisions to go but the reign of alphabetical embossed type was over. In 1882 Armitage announced that outside North America "there is now probably no institution in the civilized world where braille is not used.”

Today braille is instantly recognisable as the writing system used by the blind and visually impaired. 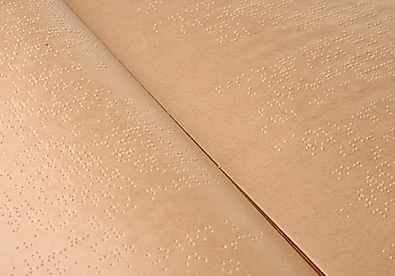