Foundation for a common history in Europe

No literary figure has stood the test of time quite like King Arthur. His story has inspired people across Europe for centuries.

The earliest reference to Arthur can be found in ‘The Book of Aneirin’. Originally composed in the 6th century, Aneirin’s poem ‘Y Gododdin’ discusses the battle of Catraeth between the Celtic Britons and the Saxons. However brave the Briton heroes, they were ‘no Arthur’ in Aneirin’s eyes. Here, Arthur is remembered as a royal Celtic warrior, who fiercely fought the Saxons a century earlier. 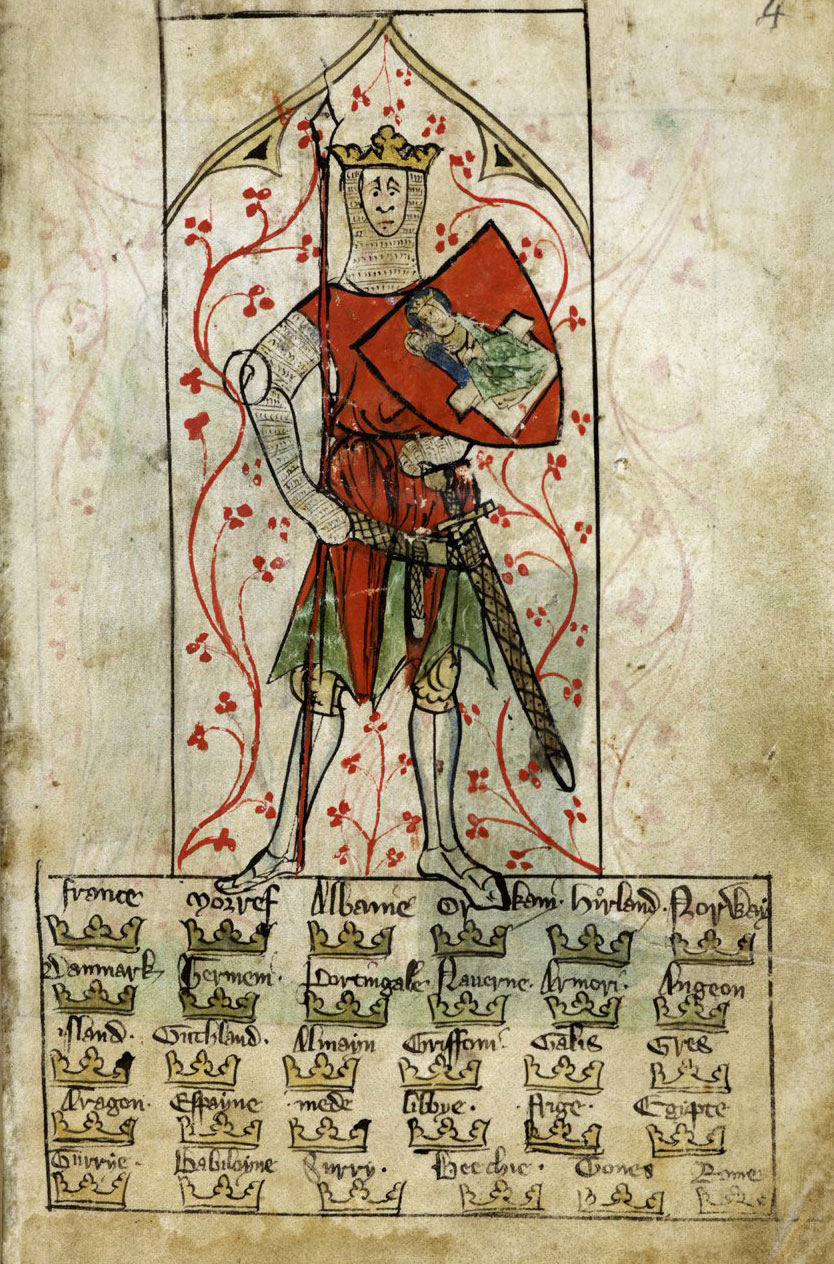 Miniature of king Arthur, holding a spear and a shield emblazoned with the Virgin and Child. _King Arthur from BL Royal 20 A II, f. 4, Peter of Langtoft and others. _ British Library, public domain

Geoffrey of Monmouth's ‘Historia Regum Britanniae’ (‘History of the Kings of Britain’), written around 1136, contains one of the earliest accounts of King Arthur's life from his extraordinary birth to his wars and conquests, and his triumph over the Romans. It ends with the battle at Camlann where Arthur is mortally wounded and taken to Avalon, never to be seen again.

Around 1155, Wace adapted the ‘Historia Regum Britanniae’ into the French ‘Roman de Brut’. Arthur becomes the ultimate symbol of strength and glory through his triumphs. Wace was the first to mention the Round Table: to him, it represented a model of ideal society. 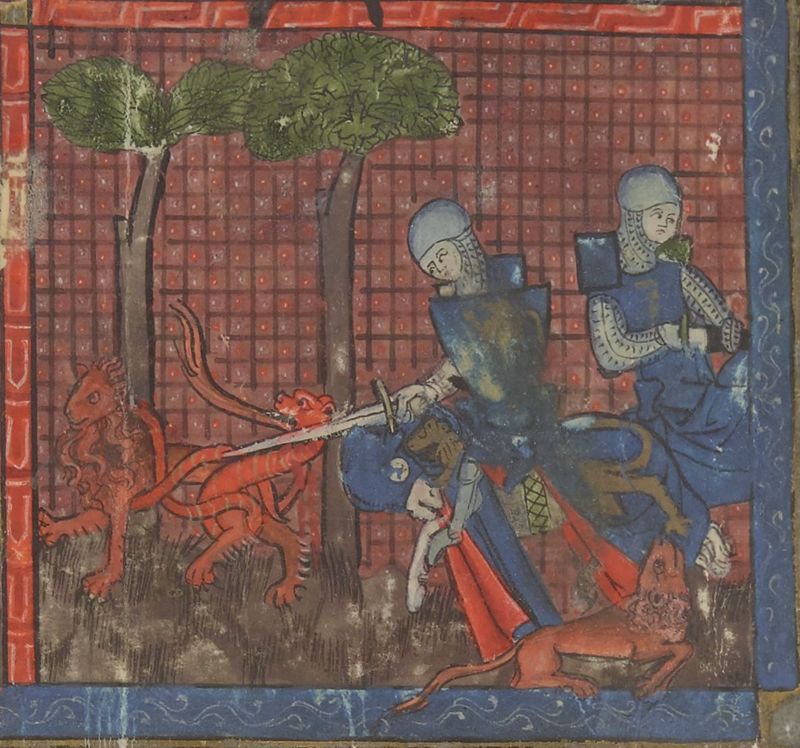 A generation later, between 1170 and 1190, Chrétien de Troyes wrote several Arthurian romances in French. He glorified Arthur’s knights, including Lancelot, Percival and Ywain, incorporating them into a fictional universe full of elements from earlier traditions. 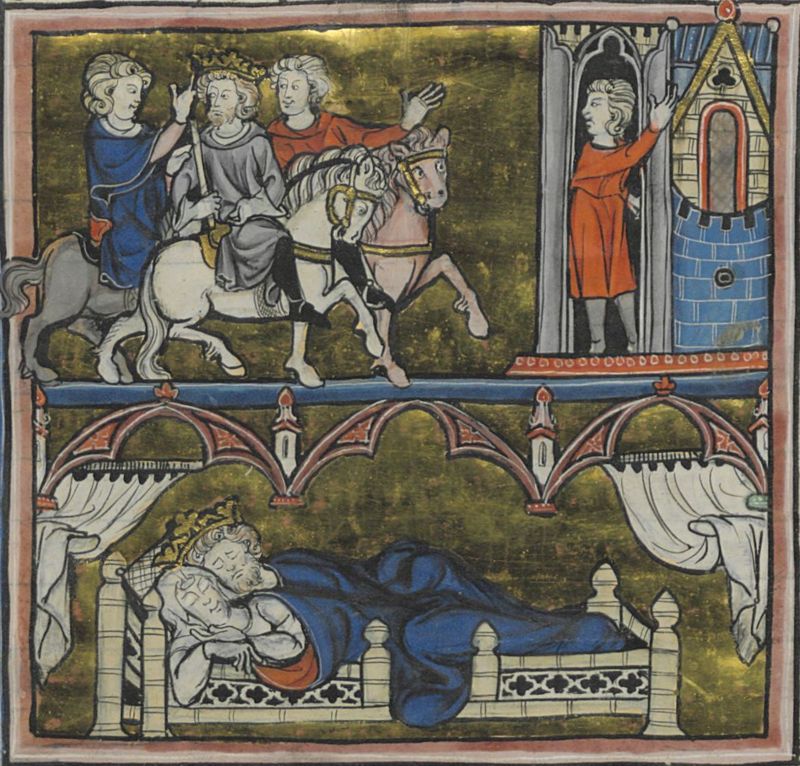 In the 13th century, Robert de Boron refocused the legends on Merlin and his magical gifts, giving him a more central role. Merlin becomes instrumental in ensuring Arthur’s birth, crowning him king and establishing the Round Table.

In the late-12th - early-13th centuries, the legend of King Arthur took another step east. Chrétien de Troyes’s stories were translated in Germany: - Hartmann von Aue’s ‘Erec’ and ‘Iwein’ - Wolfram von Eschenbach’s version of the Holy Grail story, ‘Parzival’ At the same time, it crossed the Alps. Old French manuscripts circulated in Italy and inspired authors like Rustichello da Pisa, who wrote a compilation of Arthurian material. 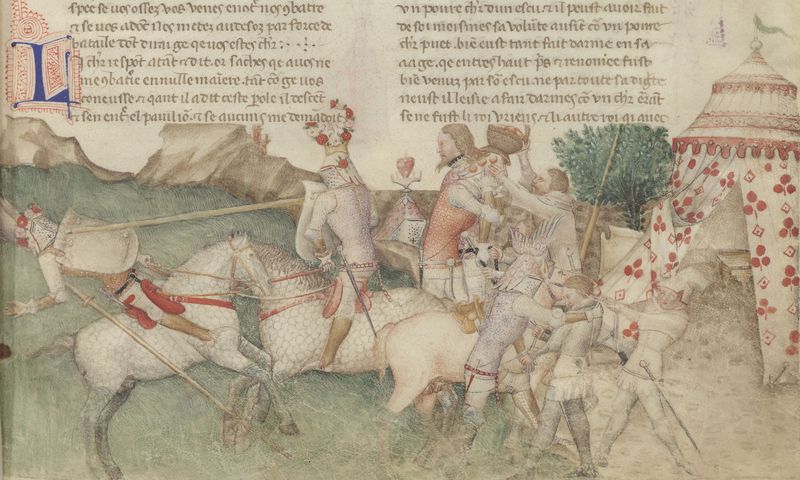 Several translations were also produced in the 14th century: the ‘Estoire del Saint Graal’, the ‘Queste’ and the ‘Mort Artu’. You can also read an Italian translation of ‘Lancelot’, but unfortunately the only surviving manuscript is incomplete. The most famous Italian writers Dante, Petrarca and Boccaccio and painters such as Pisanello knew those texts very well, as they mention and portray Arthur and his knights in their works.

The Arthurian literary traditions promoted the code of chivalry throughout Europe, turning Arthur into an emblematic European hero. With the Round Table, King Arthur sets the standard for a government where all the knights are equals. This lays the founding principles for a European model of government: - the noble deeds of the knights and the equality between them appealed to the medieval nobility - the emblematic king embodied the ideal of good government - the supernatural elements supported the idea that God approved of the monarchy and the chivalric code 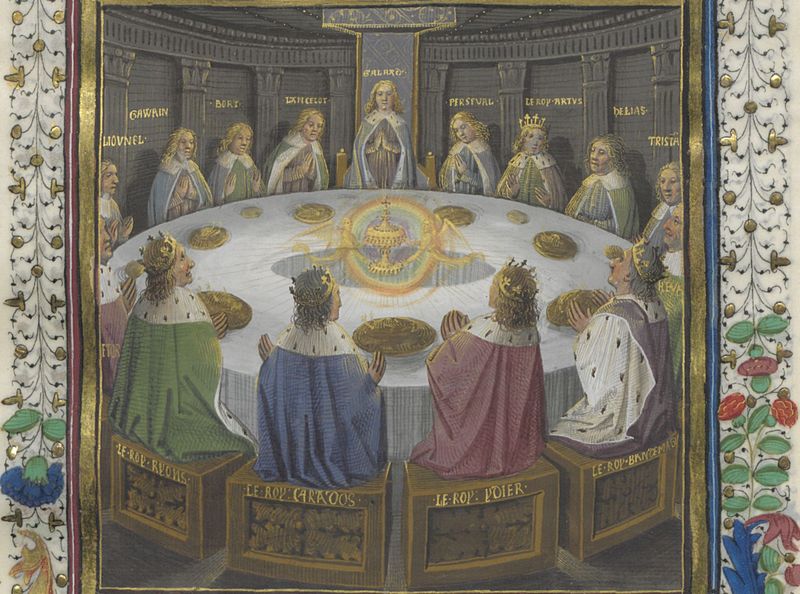 To our modern eyes, the Round Table may appear as an early attempt at democracy, despite being restricted to a small elite. ‘Lancelot en prose’ (vol. IV). Paris, Bibliothèque nationale de France, MSS Français 116, f. 610v, No Copyright – Other Known Legal Restrictions

In 15th-century England, Thomas Malory compiled and translated the major French novels in ‘Le Morte d’Arthur’. He refers to “the once and the future king”, implying that Arthur may one day return to rule again. Calling on Arthur’s authority and possible return, at a time when factions of the English royal family fought for the crown, meant pleading for peace, for a return to a glorious past.