Are You In Europeana?

Everyone googles their name from time to time. But have you tried doing the same in Europeana?

Cultural heritage is often our shared heritage - the books, archives, paintings, sculptures, music and more that we as Europeans and people share. Sometimes though cultural heritage can mean your own heritage, your own lost cultural and family past. Europeana and its providers offer a chance to discover more of our cultural heritage, and that includes our personal cultural heritage. Simply searching for your own surname, as I did, can reveal parts of that heritage you have never heard of. 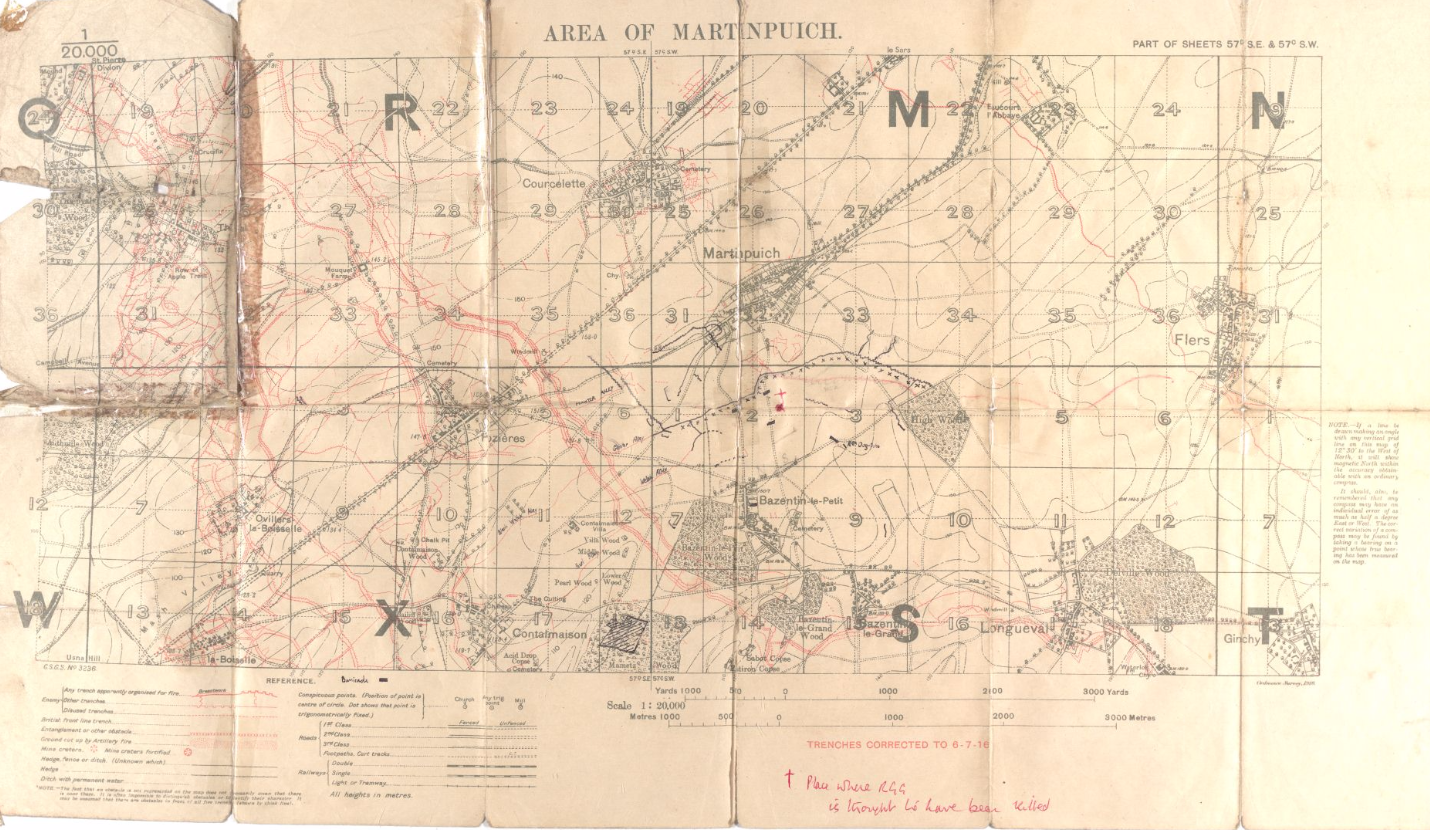 Annotated trench map, showing area of Martinpuich; 1916. Annotation shows where Roland Gerard Garvin is thought to have been killed. British Library, CC BY

Through Europeana 1914-1918, the British Library provided a range of personal archives from the First World War to Europeana. One of these is the ‘Garvin Papers’, a collection of photographs, letters, news cuttings, and personal papers related to a young army officer named Roland Gerald ‘Ger’ Garvin. It includes letters from when he was posted in France, photographs of him and his family, papers related to his job as an officer in the British Army, and newspaper cuttings announcing his death during the Battle of the Somme, 1916. 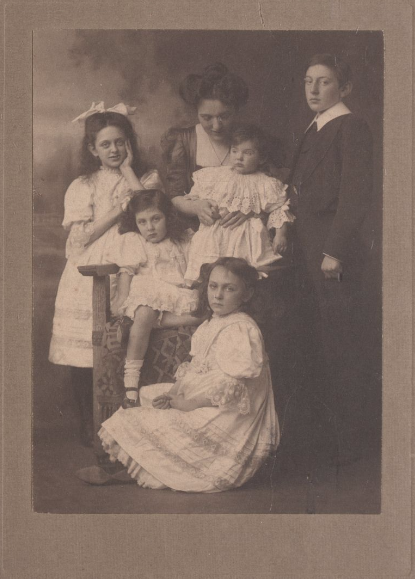 These Garvins aren’t direct ancestors of mine, but they are still very likely to be family (Garvin isn’t that common a surname). This isn’t the experience of finding a long lost ancestor, but more like a long lost cousin, one who took a very different path. It is interesting to see the details of Roland Garvin’s life - born in Newcastle, educated at a public school where he studied German and competed in national fencing competitions, joined the army at the start of the war. 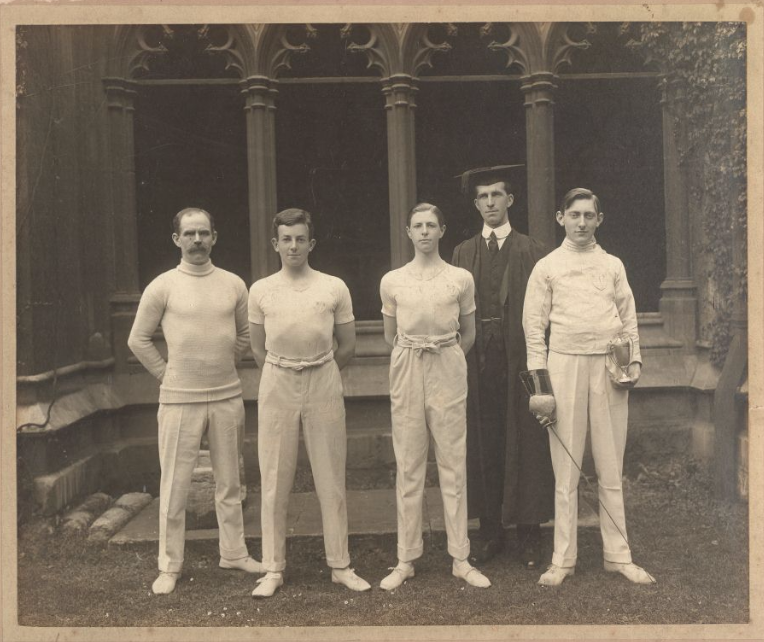 He also died very young, only 20 years old. A large section of the Garvin Papers is dedicated to letters to his family about his death, along with obituaries, including one written by his father. Alongside those are documents and papers from his time in the war, showing the rules and context of his life in his last two years of life. 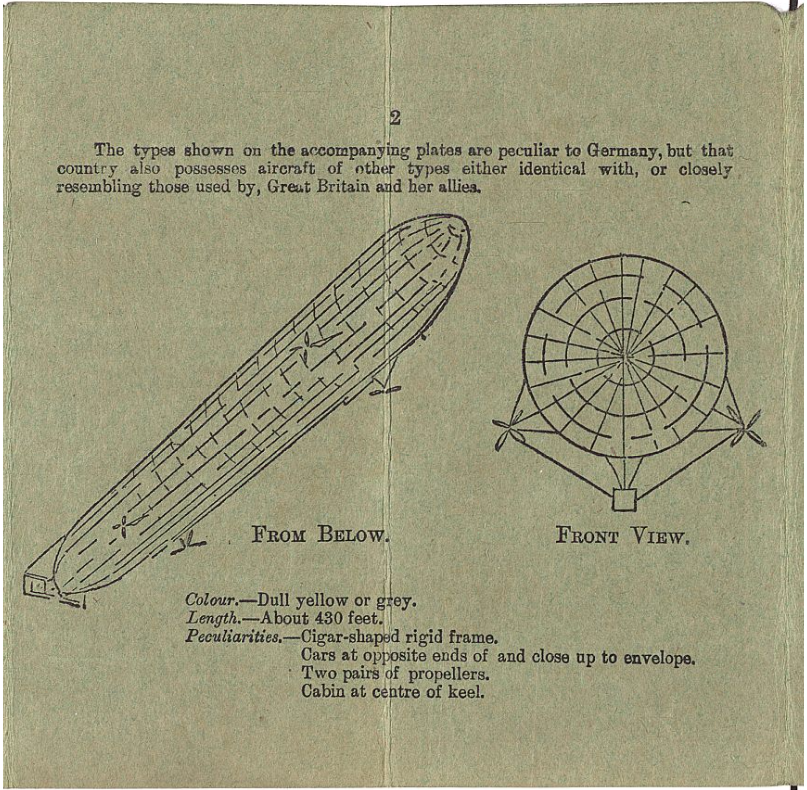 The Papers also give an insight into his life and family before he died. His family take the central role in the photographs, many of which are only of his sisters. As well as an insight into the Garvin’s family life, it’s an insight into the life of an upper class Irish family in Britain. Roland’s sister, Katherine, is pictured in costume as an ‘Irish Colleen in Fairyland’, but it’s clear that Roland himself fitted easily into English upper class life, attending Westminster, enrolling in Oxford, and joining the South Lancashire Regiment. 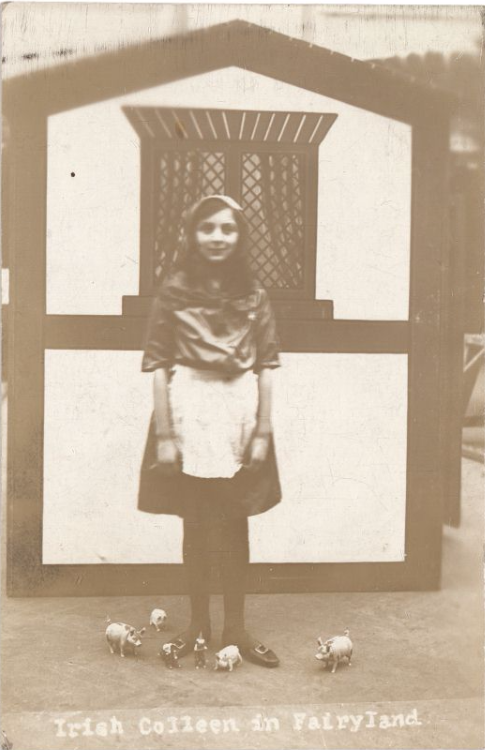 Katherine Garvin as an ‘Irish Colleen in Fairyland. British Library, CC BY

It’s easy to think that Europeana and other cultural institutes only have material about the famous people like Charles Darwin or Joan of Arc. That’s not true though - these institutes are a collective memory, preserving collections from a wide range of sources. Through Europeana Collections 1914-1918 I found a relative who had fought in the First World War and died at only 20 - what might you find? 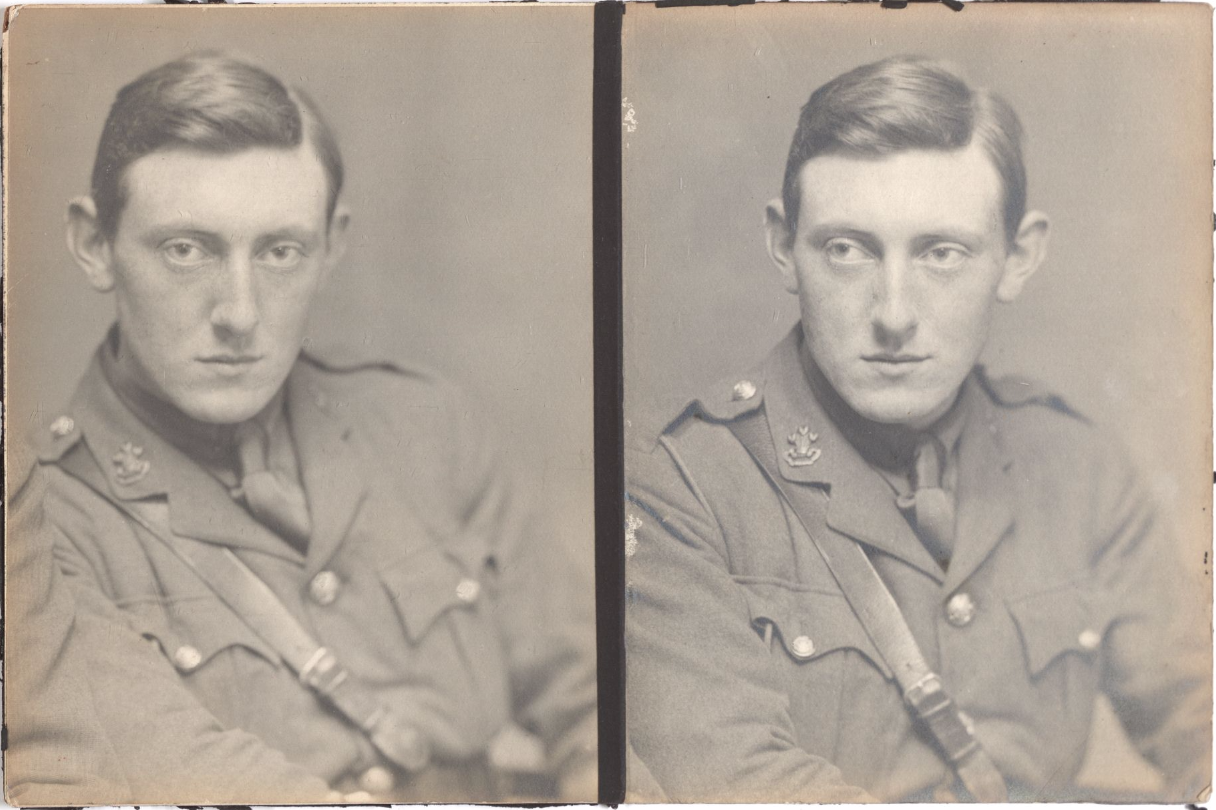