The Dutch Republic was not the first country where newspapers were published. But in Amsterdam the conditions for the gathering and publishing of news appeared to be much better than in other places. Why? 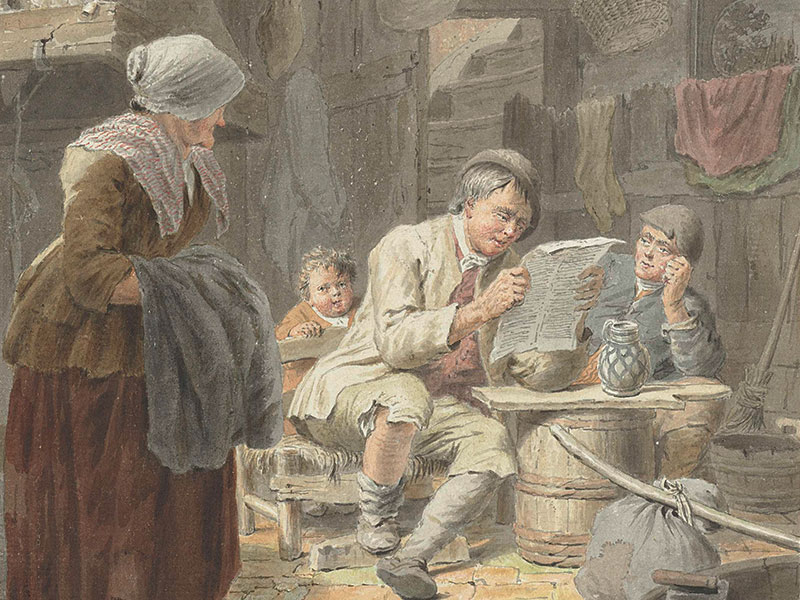 The oldest Dutch newspaper that still exists dates from 14 June 1618. The title is Courante uyt Italien, Duytslandt, &c., which translates as ‘News from Italy, Germany, etc.’ Strangely enough this newspaper, together with several more of the oldest surviving Dutch newspapers, is kept in the national library of Sweden in Stockholm. And this is not unique. We can find other 17th century Dutch newspapers in archives and libraries in Britain, Germany, in the Baltic states, in Russia, France and Italy. Even in Turkey. Why is that?

The Dutch Republic was not the first country where newspapers were published. There are earlier examples from Germany. But in Amsterdam the conditions for the gathering and publishing of news appeared to be much better than in other places. There was a well-developed culture of printing and publishing in the city, and it had one of the most important international ports of its time; news could easily be gathered from all directions: from the Baltic to the Mediterranean, and via the river Rhine and land roads from Germany and central Europe. And the Dutch Republic enjoyed relative freedom of the press. As long as news were not critical of the government and not blasphemic, they could be published. There were hardly any obstructions for the dissemination of international news.

As the publication of newspapers proved a commercial success in early 17th century Amsterdam, competition quickly emerged. Within a few years, different titles appeared, first in Amsterdam and shortly after in other Dutch cities. They each tried to publish the latest and most reliable information, gathered by a network of informants both in the Republic and abroad at a time when in the surrounding countries publishers were hampered by strict political censorship.

The quality, reliability and information density of early 17th century Dutch newspapers made them not only attractive to Dutch people, but also to an international audience. For tradesmen, ship-owners, sovereigns, diplomats, intelligence services and curious civilians, Dutch newspapers contained a wealth of information on international affairs, especially concerning the devastating Thirty Years War (1618-1648). Reading Dutch newspapers could save a ship-owner from sending his valuable ships, with even more valuable cargo, into the hands of pirate-infested seas. It could prevent a tradesman from travelling into a war zone. And it helped governments get a comprehensive picture of events as they unfolded. That is why Dutch newspapers were sent all over Europe.

But were these newspapers printed in Dutch? Yes they were! Dutch in the early modern period was not very different from the dialects spoken in Northern Germany. These dialects were a kind of lingua franca, especially for the Baltic Sea trade and the Hanseatic League. This meant that most people involved in international trade and diplomacy in Northern Europe could read and understand a Dutch newspaper reasonably well.

Newspapers are meant to be read and thrown away. Within a few weeks their content is outdated, and many newspapers were lost over the centuries. What remains of 17th century Dutch newspapers is fragmentary. And we don’t know when exactly the first Dutch newspaper was published. But it is not at all surprising that the oldest Dutch newspaper that still exists is not kept in the Netherlands. It could be in any European country. The course of history decided it is in Sweden.

By Huibert Crijns,
KB, National Library of the Netherlands