Adrian Willaert and the foundation of the Venetian School

He devoted his life to music

Composer Adrian Willaert was born around 1490 in the Low Countries, and moved at a young age to Paris to study law at the Sorbonne. There, having met composer Jean Mouton, he decided to devote his life to music. 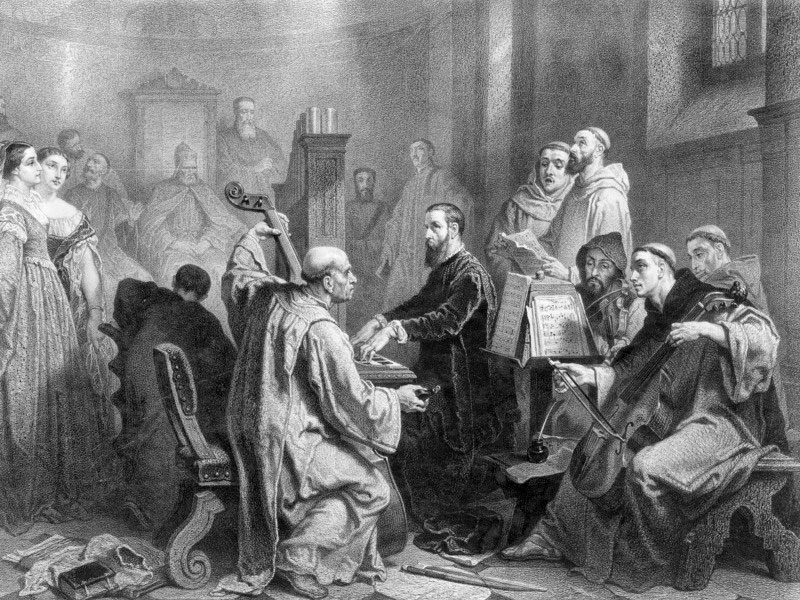 One of Willaert's most enigmatic and legendary works dates from this early period: the riddle duo Quid non ebrietas.

The work is full of music theoretical and philosophical experiments and - according to legend - is supposed to have been so complex that even the singers of the papal chapel did not manage to perform it correctly. During this period too, Willaerts’ first motets and chansons were noted in prestigious manuscripts (such as the Medici codex) and appeared in printed collections.

In 1527, Willaert was appointed chaplain of San Marco Basilica in Venice, a position he held for 35 years, until his death in 1562. He was responsible for the direction of all music performances and the music education of the singers.

When Willaert began at the basilica, a relatively large vocal ensemble with international singers was already in place. Although he did not implement radical changes immediately, Willaert improved the quality of the chapel in such a short time that it was soon able to compete with the best in Europe.

A wide range of activities and contexts explains the versatility of Willaert’s oeuvre: as a maestro di cappella he was responsible for composing music suitable for liturgical use at the San Marco, while in madrigals, villanelle and instrumental works, he let his creativity run free.

In no time, a group of pupils formed around Willaert.

They, in turn, would become the first generation of what is known as 'the Venetian School'. These include Gioseffe Guami, Giovanni Croce, organ composers Jacob Buus, Dionisio Memmo, Girolamo Parabosco, Annibale Padovano and Vincenzo Bellavere, as well as concert masters Girolamo dalla casa and Giovanni Bassano, and music theorist Gioseffo Zarlino. The latter reflected Willaert's philosophy and composition practice in his treatises, and contributed significantly to the dissemination of his aesthetics over the next 50 years.

With Willaert and the Venetian School, Venice took over the torch from Florence as the center of madrigal art. Moreover, the Venetians - in contrast to the Roman school, that culminated in the 'classical' polyphonic counterpoint - represented a more innovative, progressive musical language.

This is how Willaert, the great man from little Flanders, paved the way to the ‘seconda pratica’: the dawn of the baroque.