A Tradition of Mourners

Tomb sculptures from the Court of Burgundy 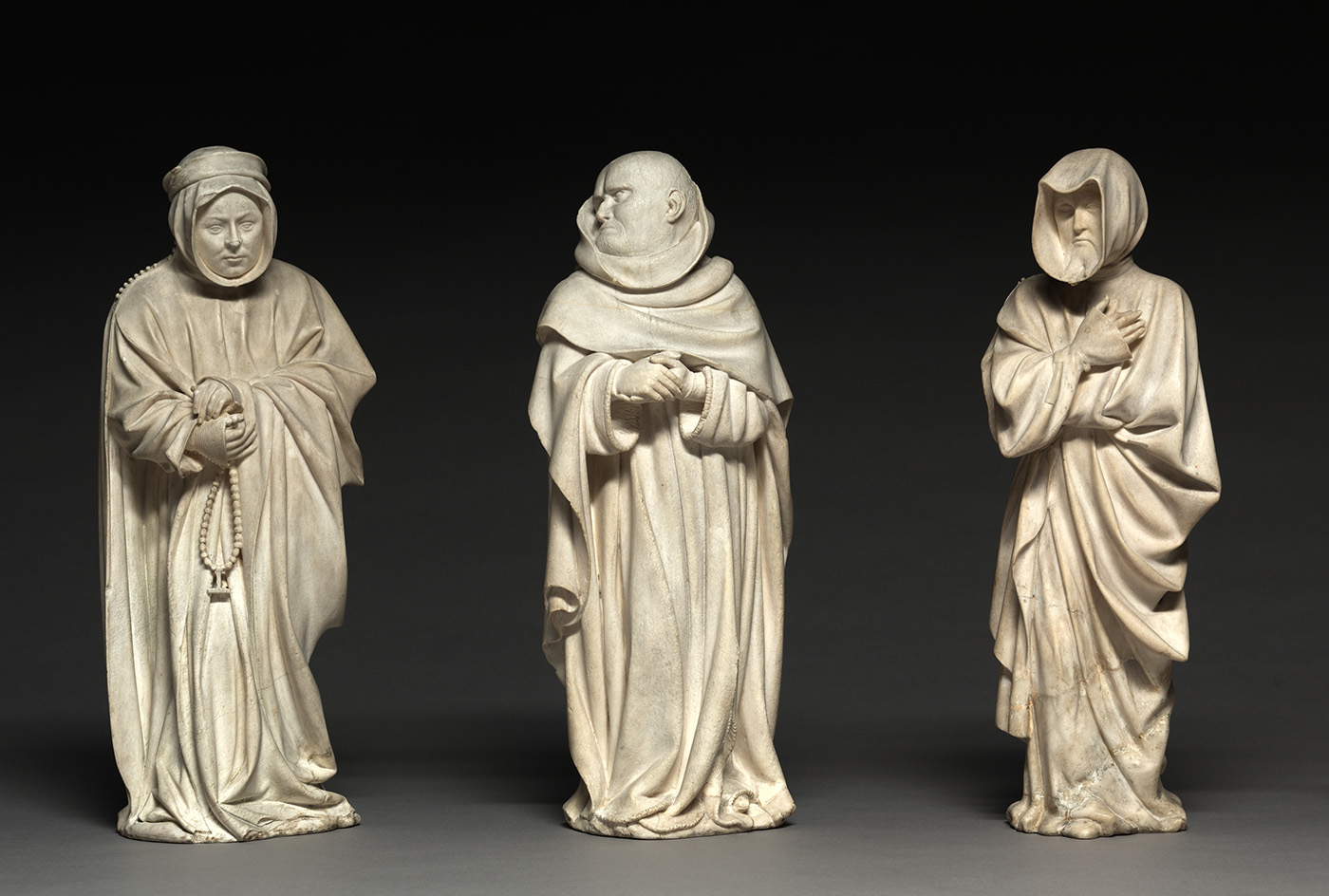 The court of the Burgundian Netherlands was known for the sumptuousness of its art which served as an indication of their rank, wealth, and power. The surviving tomb figures of the Dukes of Burgundy and their relations are a testament to this lavish lifestyle. The Cleveland Museum of Art’s celebrated early 15th century alabaster tomb mourners are one of the highlights of its medieval collection.

Originally these figures were arranged in processional order around the sides of the ducal tomb of Philip the Bold, Duke of Burgundy (r. 1363–1404). This marked the beginning of an elaborate Burgundian tomb tradition which would continue throughout the 16th century for the subsequent dukes and their families. These tomb figures, known as weepers (pleurants), represented mourning family members and ancestors. Rather than true portraits, the statuettes are idealised images of Burgundian mourners. 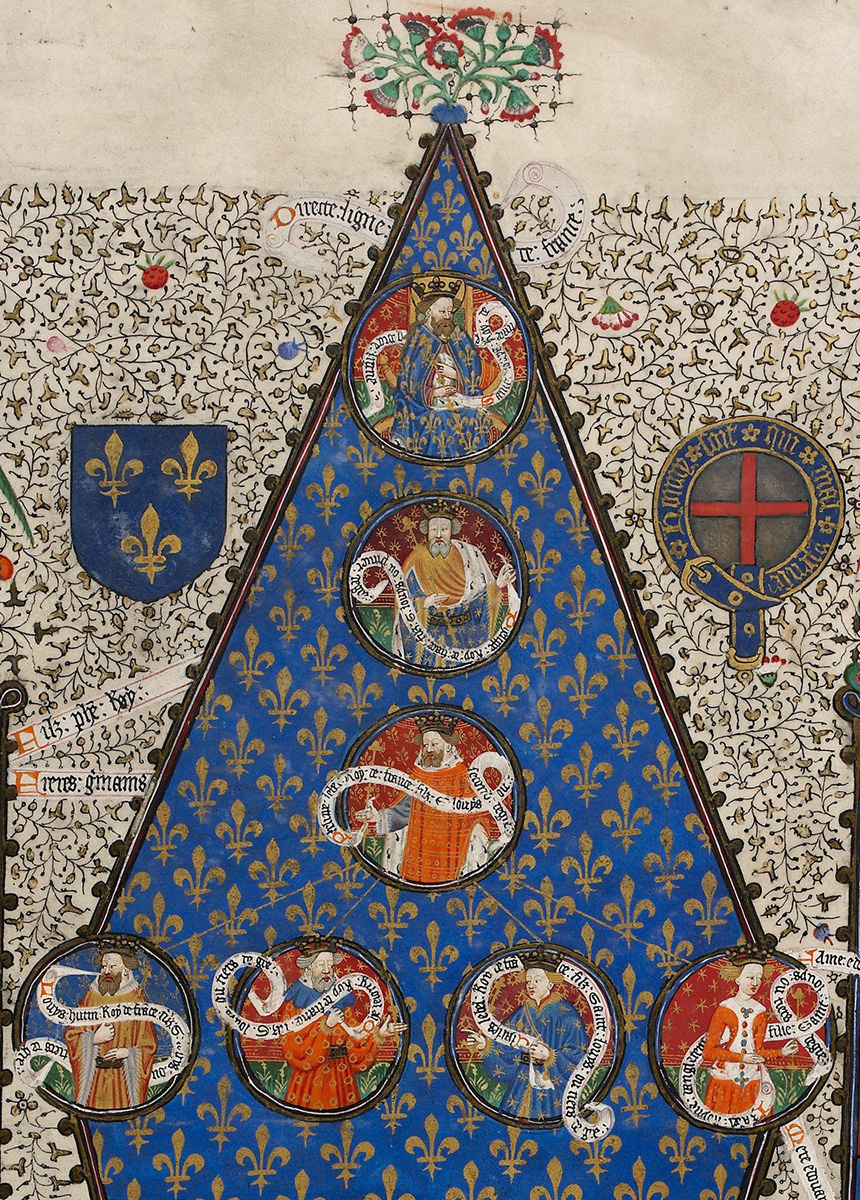 Philip the Bold’s son and the next Duke of Burgundy, John the Fearless (r. 1404-1419) continued the tradition with a slightly more elaborate version of his father’s tomb. The predominant feature of this tradition was the long procession of realistic-looking mourning figures who accompanied the deceased, walking beneath the effigy. 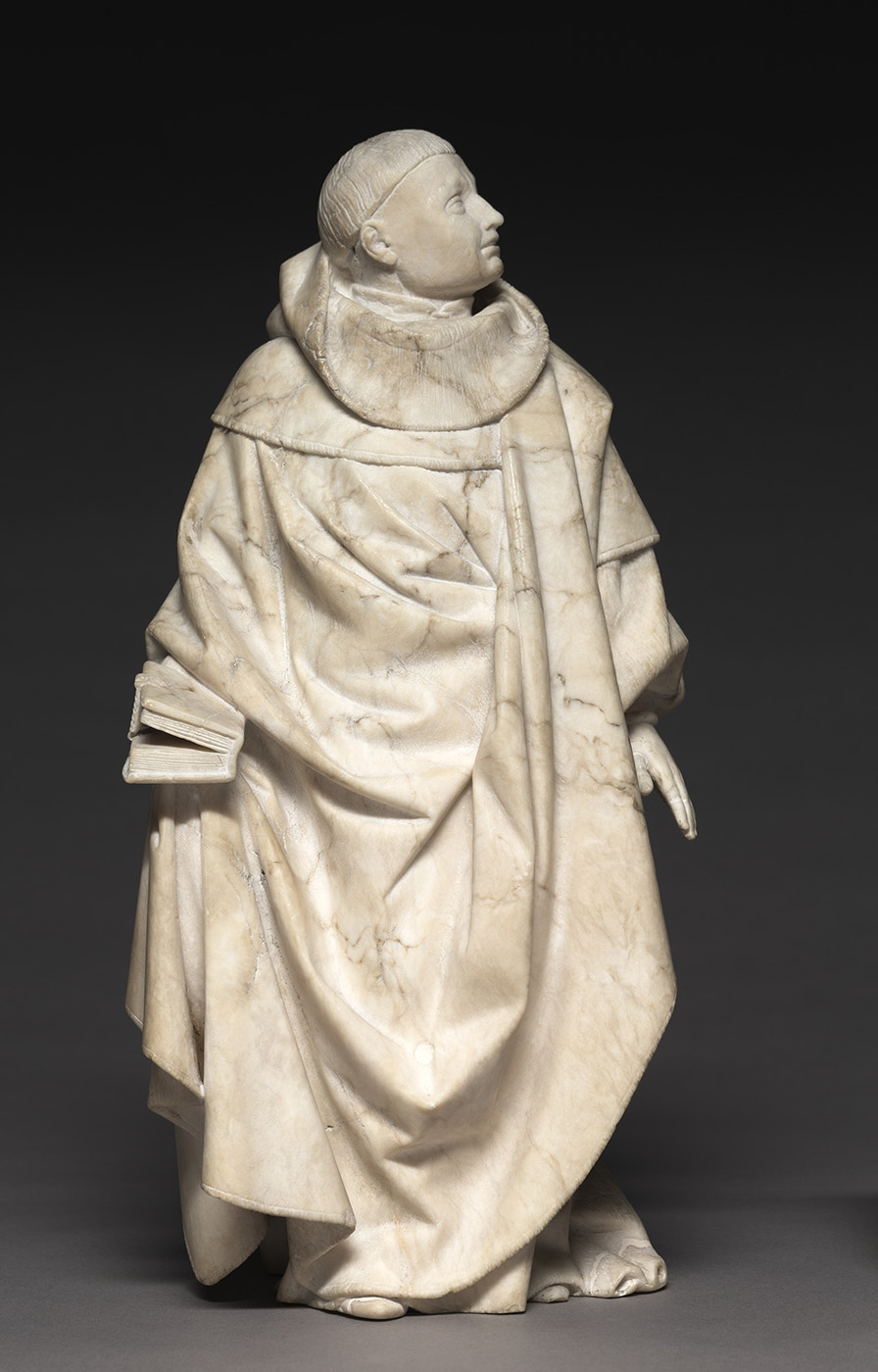 Over time these figures became less generic and more like portraits of individuals. These mourning figures were meant to illustrate the deceased’s noble and distinguished ancestors and retain minute details of costume and features with the faces of some being nearly portrait-like in their depiction, although idealized. In the figures once belonging to the tomb of Isabella of Bourbon, daughter of Charles I, Duke of Bourbon (1401–1456) and granddaughter of the powerful John the Fearless, Duke of Burgundy (r. 1404–19) the full evolution of these figures can be seen.

Following Isabella of Bourbon’s death in 1465, her daughter Mary built a funeral monument for her mother in the abbey of Saint Michael in Antwerp. The tomb was surrounded by 24 bronze figures of mourning family members and ancestors, of which just ten remain today. These figures were themselves modelled after another tomb, commissioned by Philip the Good and located in Lille. From historical records and the detailed costumes, we can even determine the identity of some of these opulently dressed figures, such as Albert I, Duke of Bavaria (1336–1404), depicted with the Order of Saint Anthony around his neck. 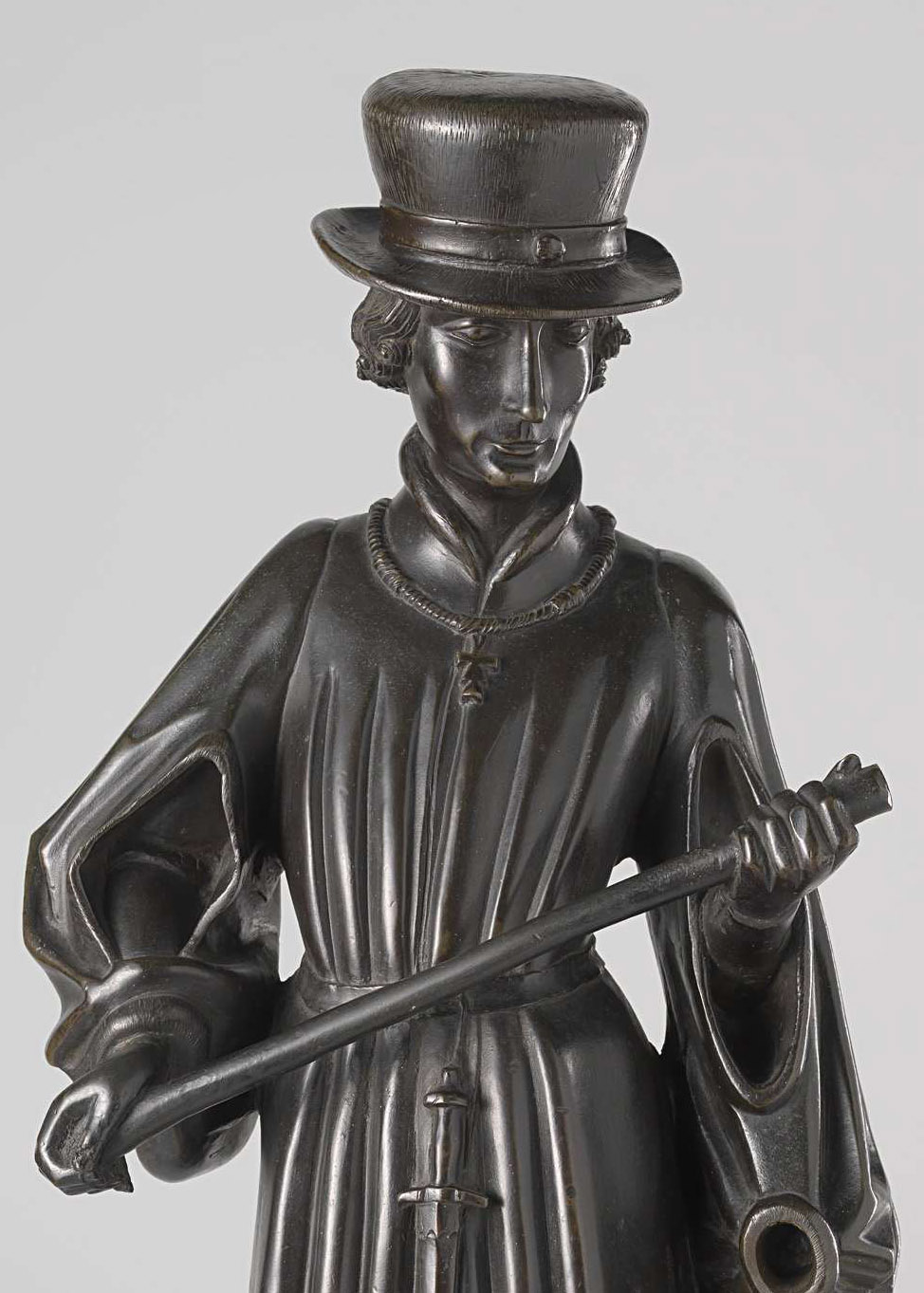 Another of the male figures from Isabella’s tomb wears a traditional costume popular in the mid-1400s with the court of Philip the Good. The large ring-shaped turban or bourrelet with trailing streamer was favoured by nobility as a sign of prosperity because of the excessive fabric used. 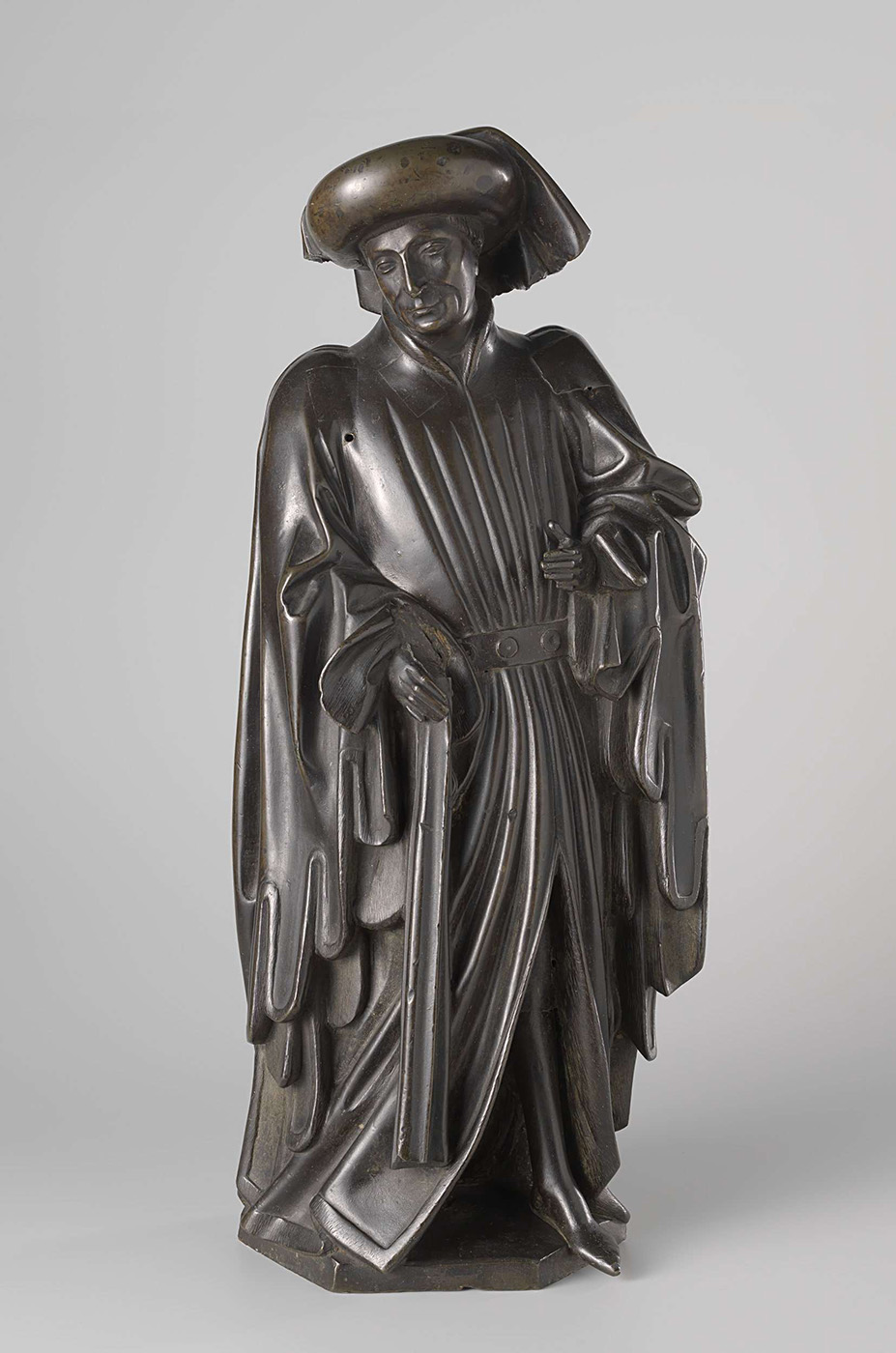 All of these surviving tomb figures testify to the lavish lifestyle, power, and wealth of the Burgundian court. The lasting legacy of Burgundian memorial art cannot be exaggerated, nor can the importance of the tomb figures within this tradition.