A home for all

For thousands of migrants looking for a job or a new start in life, New York City has always been (and still is) a favoured destination. Many live together in specific neighbourhoods, aiding them in finding work, engaging in social activities and preserving their cultural identity. 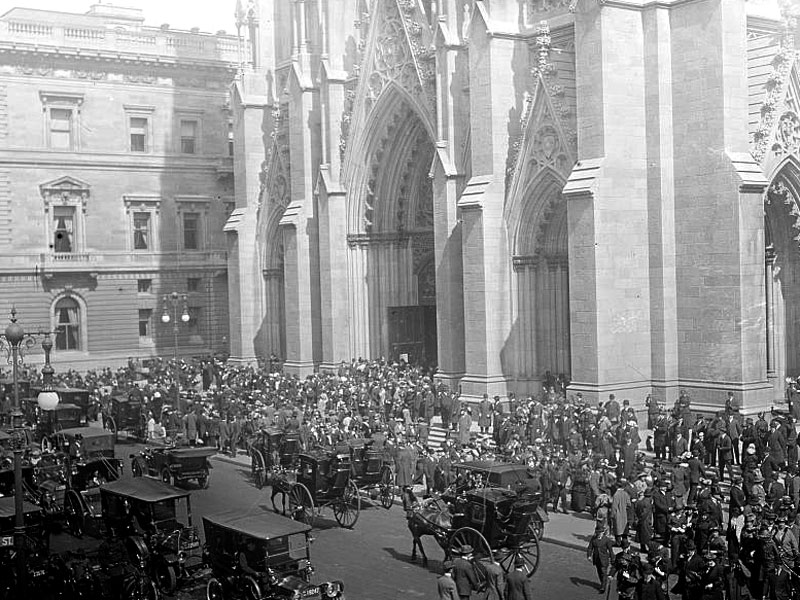 The history and culture of New York is entwined with migration, encapsulated in buildings like the Lower East Side Tenement Museum and Saint Patrick's Cathedral.

Saint Patrick's Cathdral is a symbol of Catholic faith in the USA, and reflects the migrant heritage and communities that made up New York.

Since the mid-1800s Mulberry Street has been a centre of the Italian community in New York, the majority of this community are Catholic. An existing church - the Old Saint Patrick Church - became too small to house the growing number of worshippers, so a new gathering place was built.

James Renwick, who already had designed New York’s Grace Church (1843–46), was the architect of the new Neo-Gothic, two-tower structure for which construction began in 1858.

For his cathedral, Renwick devised an eclectic, monumental building style mixing French, German and English Gothic influences. Named after the patron saint of Ireland, the building was completed in 1878 and became the seat of the Archdiocese.

Since its construction, Saint Patrick’s Cathedral has become a meeting place for immigrants and has become one of the best known and most visited churches of the United States. 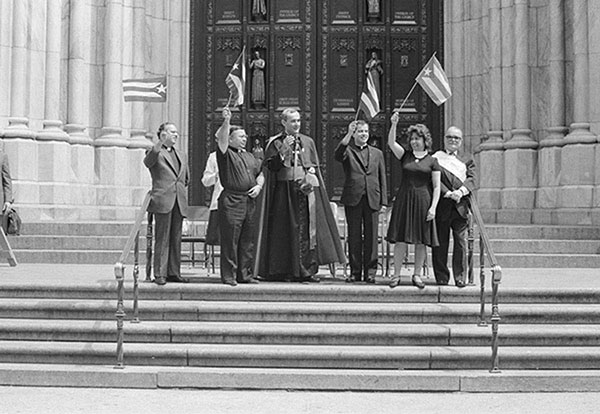 The cathedral - which takes up an entire block - is built of brick covered with marble, sourced in Massachusetts and New York. Its lavish decorations reflect the migration history of local communities. The doors, for instance, are adorned with sculptures of saints and religious figures connected to the history of migration.

Among them: St. Isaac Jogues was New York's first Catholic priest, born in France; St. Frances Xavier Cabrini, founder of the Missionary Sisters of the Sacred Heart of Jesus, who supported Italian immigrants in the US; Saint Kateri Tekakwitha or ‘the Lily of the Mohawks’: a missionary in New France of Algonquin–Mohawk birth, and the first Native American woman to be canonized by the Catholic Church; and Mother Elizabeth Seton: descendant from a family that ranked among the earliest European settlers in the New York area, founder of the Sisters of Charity and first native-born U.S. citizen to be canonized.

Through the communities that worship there, and the figures it features, St Patrick's Cathedral is an architectural celebration of New York’s multiculturalism.