Spooky cultural heritage to inspire you

If you're planning to mark All Hallows Eve, or Halloween as it's now known, by dressing up, why not leave the witch's hat and bed sheets in the costume cupboard and use some of Europeana's spookier collection items to inspire you instead? 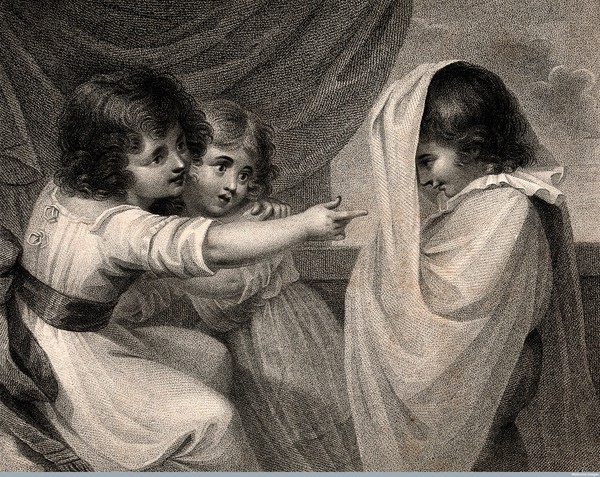 A boy appearing to two girls as a ghost, Wellcome Library, CC BY

There's all sorts of monstrous creatures in Europeana, but below, we've chosen some of our favourites. Do share your cultural heritage inspired creations with us on our Facebook! The scarier the better... 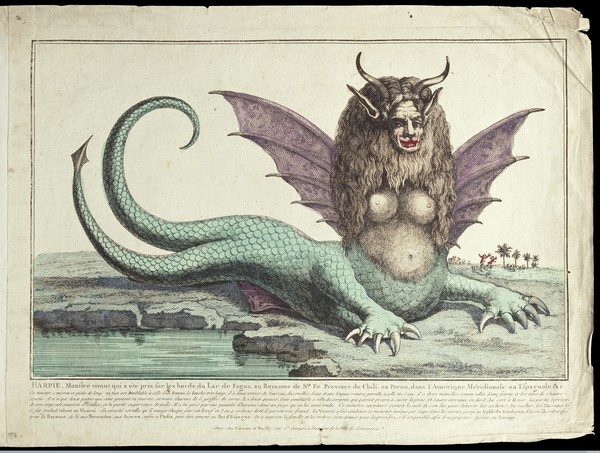 This particular outfit will suit those with long hair and big ears. Differentiate yourself from the average mermaid with your second, scaly tail. 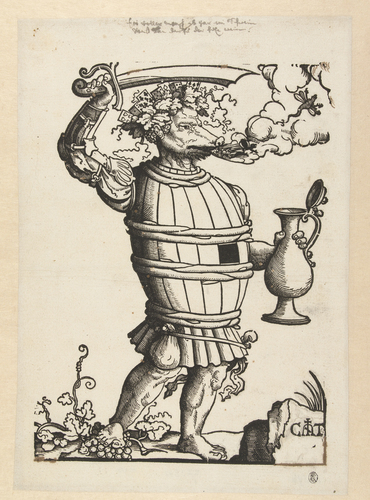 This one's relatively straightforward to create if you happen to own a wine cellar. Note the intricate headpiece made from vines and playing cards. 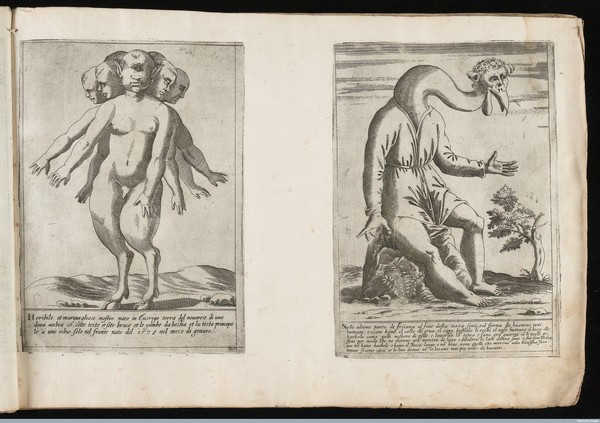 You can credit the vivid imagination of Italian engraver Giovanni Battista de'Cavalieri (1526–1597) for these bizarre characters. Seven heads and seven eyes, or a long snaking neck - neither of these will be easy, but you're sure to stand out from the crowd. 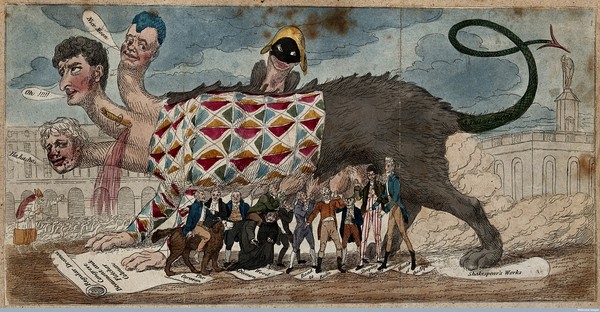 This particular monster will appeal to actors and playwrights especially. The three heads represent tragedy, comedy and pantomime so you might need a couple of friends. 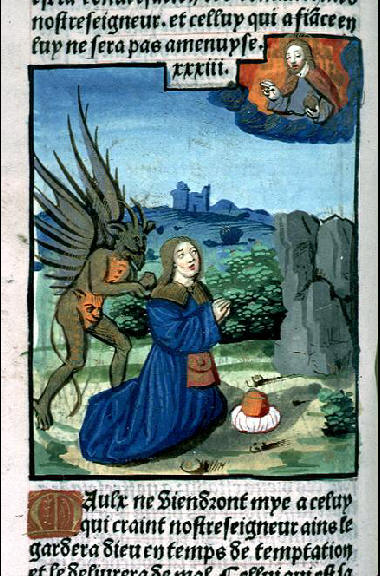 Creep up on your unsuspecting friends dressed like this green demon and you'll be sure to give them a fright! Demons were considered particularly frightening in the Medieval era, hidden from sight but ready to spring out and lead you into temptation. 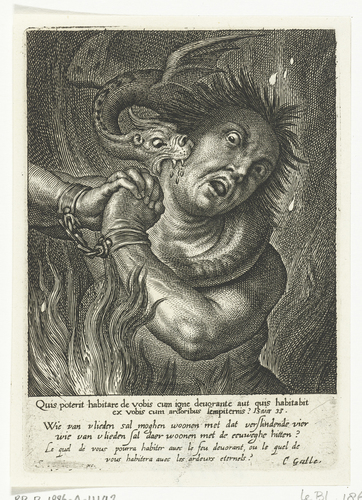 A soul in hell is bitten by a demon, Rijksmuseum, public domain

This scary creature has sharp fangs and pointy wings. Best accessorized with a head to feast on. 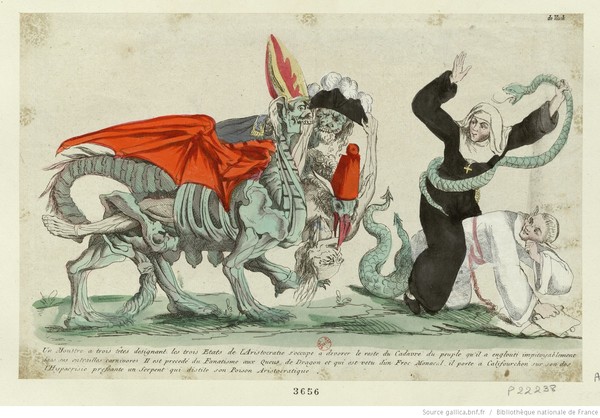 This rather ambitious option will please fans of French history. The monster's heads represent the Three Estates (the clergy, nobility and common people). 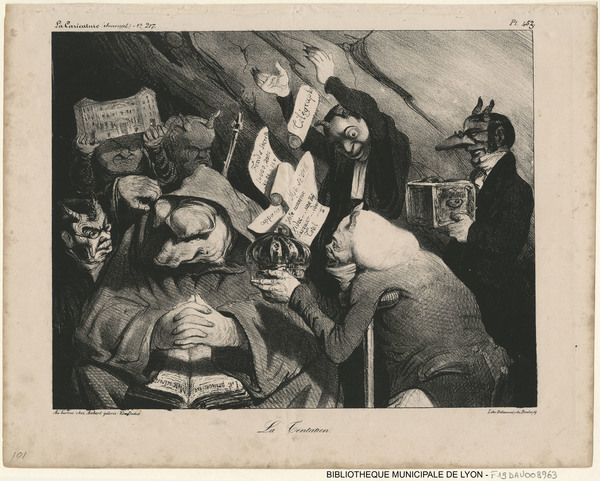 Lots of choice here. The mysterious figure on the right is probably the most sinister, and only really requires a long pointed nose and a dinner jacket. 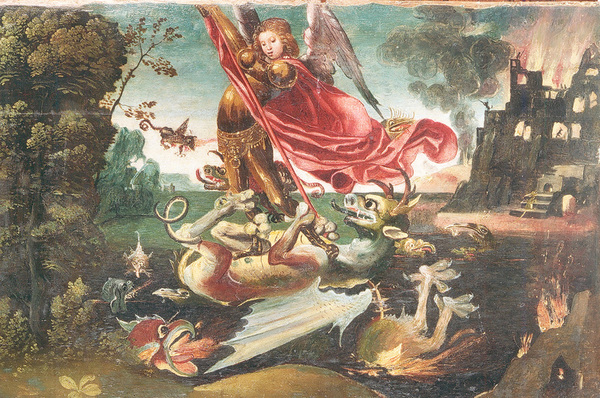 This beast is sort of sweet, and has a coat in different shades of red, yellow and green. A long black tongue and deranged expression makes him suitable for spooking. 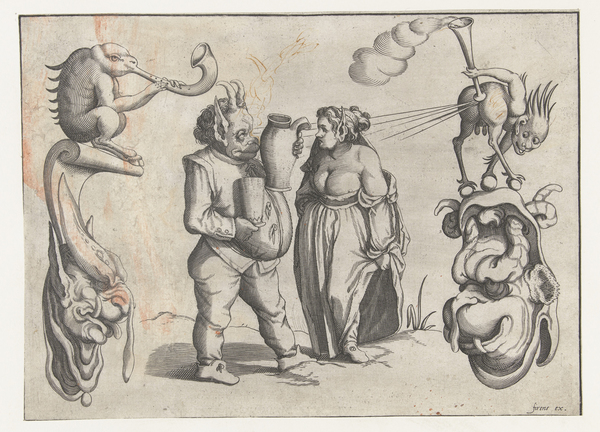 Another one with a variety of options to pick from... Some might make you a little unpopular!